Abdul Qadir Mangi, who left for eternal abode on June 12, 2022, was a multidimensional person – a bureaucrat, man of letters, littérateur, good-natured and gregarious. During his life, even as bureaucrat, he attached great importance to the human relations and the values.

His life was an open book, as he described in his autobiography – Maan jo ee aahiyan, so ee aahiyan (I am what I am), published a few years back (by the end of 2017) in Sindhi language. Speaking at the launching ceremony of his autobiographical book at Sir Shahnawaz Bhutto Memorial Library Larkana in April 2018, Abdul Qadir Mangi had said, “I have recorded interesting events of my life and written about different people representing various backgrounds with whom I came into contact during my postings at several places in Sindh”.

He had said, “Although I have written about big names as well but focused on small ones because everyone would write on famous personalities while the small ones who were in reality ‘big’ were often mentioned as a passing reference.”

This autobiography was special in the sense that it was not merely an account of life but a history of different cities as well. 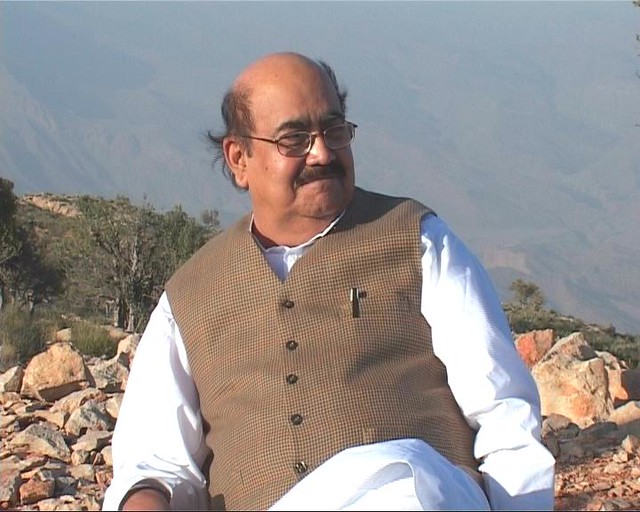 Abdul Qadir Mangi was in fact one of the few Sindhi bureaucrats who have penned down their life story.  And since the bureaucrats use to spend their life very close to power circles, their life stories have great importance. Thus his autobiography too would contribute a great deal to the history of his time and the places where he had served during his career.

Whenever and wherever Mangi was posted – from Sub Divisional Officer of any Taluka to Deputy Commissioner of a District or Commissioner of a Division, he always organized seminars on folk and other kind of literature and later compiled the papers in book form. During his posting in Tando Allahyar he organized a seminar on Watayo Fakir, a folk character known for his wisdom, and compiled the papers in book form, which is said to be the first ever comprehensive book about Watayo Fakir.

Similarly, during his tenure as Deputy Commissioner of Tharparkar in 1992 he had held a seminar on Thar in Mithi town which had greatly helped in collecting important facts about the history of the desert region. He also got this book published. He had helped libraries and other institutions during his tenure. Mangi was a pro-people officer who always helped the downtrodden and helped resolve their problems.

Even during his early days of government job, when Mangi was posted at Gharo Town of Thatta district in 1983, he organized seminar on ancient archaeological site of Bhanbhore and compiled a book. Since he loved the cities, towns and villages of Sindh and its rich language and culture, he always tried to promote them through the seminars.

The autobiographies of distinguished people always served as a guiding light for the new generation who learnt from experiences of their predecessors and charted their paths accordingly to achieve targets. The autobiography also taught many tactics of good administration. And being an honest writer, Mangi always recorded both pleasant and bitter experiences of life with ease leaving it to his readers to react to them in their own way. Mangi had not compromised on writing truth.

He had given useful information about places and people of the areas where he had served as public servant. The information would help present and future historians to get authentic references.

Abdul Qadir Mangi’s last posting was as Secretary, Culture & Tourism Department of Sindh in 2006 but he couldn’t serve the department longer as he retired on November 25, 2007. However, during this short period as Secretary, he had launched several projects that included opening of tourist resort at Keenjhar Lake in Thatta besides exploring new avenues of tourism, opening of rest house at Bhit Shah and facilitating the folk singers there, reproducing the Shah Jo Risalo compiled by German scholar Ernest Trumpp, organizing festivals, instituting cash awards for Sindhi and Urdu writers, establishing libraries and reproducing the poetry books of Shaikh Ayaz, establishing the Mirza Qaleech Baig Chair etc.

Mangi was keen to develop Gorakh Hill Station, which according to him had remained unattended.      “Gorakh Hill project was designed to give the people of Sindh a summer resort of their own, and though Murree and Ziarat, which were small administrative units of the government, had developed over the time, but Gorakh Hill remained unattended,” he had once told.

Mangi had said that location has played a huge role in the lack of development of Gorakh Hills as compared to other summer resorts such as Murree. “Murree has developed because of the fact that schools were built there and Lawrence College was constructed in the same vicinity. Additionally an army camp was set up nearby, and most importantly, Murree is very close to Islamabad, and this contributed to its popularity as a hill station.”

“Sindh has been bestowed with a lot of natural beauty, we have the Arabian Sea besides a desert in Thar, and if one wants to see a different terrain then Gorakh is the place where one can view majestic mountains,” Mangi had said showing his desire to develop them.

“A proposal has been put forward to develop the area and open a number of hotels and motels in the area which would either be sold off or leased out,” he had told adding that “This is a challenging project but once it is open to the general public, I believe it will be definitely be in the interest of the people of Sindh.”

He had also in his mind the security plans in the area. “High security will be provided in the area. There will be six check-posts and police mobile cars deployed in the area for the safety of the people who come to visit the resort.”

But unfortunately, not only his retirement was so close, he was ordered by the authorities, perhaps for being unhappy on his honesty and sincere efforts, to report to the Services and General Administration Department, just few months ahead of his retirement. He felt dismayed on such orders.

Originally hailing from Ratodero town of Larkana, and born to Ali Sher Khan, a Supervising Tapedar, Abdul Qadir Mangi had lastly settled in Karachi, but had also started agriculture farming in Thatta. In his Karachi residence, he had a big collection of books and he spent most of his time reading the books.  He loved reading poetry and other literary books. Abdul Qadir Mangi had taken refuge in literature, as he stated in his autobiography, “I had decided to take refuge in poetry and literature.”

In his one of some posts on social media, Late Abdul Qadir Mangi had stated: “I read from religion to films. But I am more interested in current political accounts and autobiographies.” 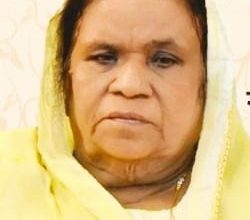 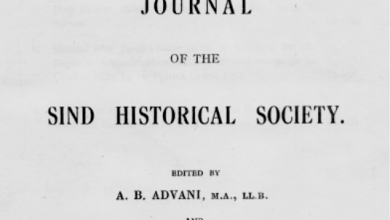 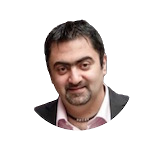