Sindh recognizes some individuals for their discrete performance while honoring some academic and literary families due to multifold extraordinary services of several members of those families. Qazi Khizar Hayat, who acknowledged by Sindh as an eminent and talented visual artist, calligrapher, ceramic tile designer, civil engineer, who actively took part in Sindhi students’ struggle of 4th March during dictatorship of Gen. Ayub Khan, is also a proud member of a scholarly and literary family, who has played a significant role in serving Sindh. Last year on this day – July 16, his death had left the academic, literary and cultural circles of Sindh in mourning.

Engr Qazi Khizar Hayat was born in the illustrious literary family of Ratodero, Larkana district of Sindh, to Qazi Abdul Hayee ‘Qaail’ Sarshaari, a noted poet, educationist, journalist, social activist and artist, as his eldest son, on April 12, 1945. He was named ‘Khizar Hayat’ upon the birth, as a pray so that he would live a long life. The word “Hayat” (which means ever living) became so attached to his name that the same was added to the names of rest of his three brothers born after him, and “Hayat” became their second name. Khizar was affectionately called ‘Raanjan’ in his childhood. His mother kept calling him by that name till her last breath.

Qazi Khizar Hayat did his matriculation from Ratodero High School and Inter-Science from Larkana. He graduated from Sindh University Engineering College Jamshoro in 1968 in Civil Engineering. After which, he obtained the certificate of “MIE” (Member of Institute of Engineers). Due to his interest in art and painting, he pursued a diploma in fine arts. Later, Qazi also acquired a certificate of art in “Ka’ashi” (the traditional ceramics from Sindh) from the National College of Arts (NCA), Lahore.

Qazi Khizar Hayat started his career as a ‘Sub-Engineer’ in Sindh Irrigation Department but soon he was appointed as a lecturer in Sindh University Engineering College Jamshoro. Later he successfully passed the examination of Public Service Commission, and was appointed as a lecturer at the NED Engineering College Karachi, where he spent three years teaching construction engineering to the students. After which, PIDC (Pakistan Industrial Development Corporation) appointed him as ‘Assistant Engineer’ in its under-construction project, i.e. Larkana Sugar Mills, which was being constructed at Naodero town of Larkana, where, he supervised the construction of sugar factory, with the assistance of Chinese engineers. After which he served as ‘Engineer’ at Pakistan Steel Mills Karachi. After that he performed his professional services as a ‘Project Engineer’ in “Pak-Saudi Fertilizers’ Company” established in Mirpur Mathelo, near Sukkur for six years. Later, he served as ‘Executive Engineer’ at Mehran University of Engineering and Technology (MUET), Jamshoro’s Nawabshah Campus (College). At this stage he made Nawabshah city his permanent abode. When Mehran University Engineering College, Nawabshah was upgraded to a University in 1996, Qazi Khizar Hayat became its first ‘Project Director’, from where he retired in 2005.

During his employment, he kept getting offers from various departments and organizations to work for those due to his extraordinary professional qualifications and excellence. He also served as ‘Project Director’ of ‘Pakistan Agricultural Storage and Services Corporations Limited’ (PASCO), People’s Program District Nawabshah, Shah Abdul Latif University Khairpur and Sindh Agricultural University Tandojam for a few years, on deputation during different periods.

Even after his retirement, he continued to provide his professional services to various organizations as Civil Engineer. After retirement, he worked for three years as a ‘Project Engineer’ in a private firm Associate Consultant Engineers, under which he worked as the head of a mega project of the construction of Hazrat Bari Imam’s shrine in Islamabad. Today, the newly constructed shrine of Bari Imam in the federal capital is a testimony to the creativity of Qazi’s engineering skills and expertise. He also served as an ‘Engineering Consultant’ in the newly established “Shaheed Benazir Bhutto University” at Nawabshah, until a few years before his death.

Qazi Khizr Hayat wrote several articles on civil engineering design from 1973 to 1978, which were published in several periodicals and became popular. These were the first writings related to the field of engineering in Sindhi or Urdu at the local level, which provided significant guidance to the native engineering learners. Qazi Khizar also created poetry partially and wrote columns and stage plays. He patronized several dramatic societies in his youth, directed several theatres and acted in some of them himself. His role of “Punhu” in one of his stage plays gained great popularity in those days. He was also an orator from his student days and while holding important positions in the debating societies of his institutions at the college and university level, he received many awards, representing his educational institutions at the provincial and national levels. He was the ‘Debating Secretary’ of the Students’ Union of University of Sindh, from 1965 to 1967.

Qazi Khizar Hayat had done world-class work in the field of art, craft and ceramics. He was a born painter. He inherited the art of painting. He learnt the basic lessons of art from his father, Qazi ‘Qaail’, while going on to learn this art, he also got further guidance in this field from the famous painters of Sindh, including Zafar Kazmi and Ain Qaaf Shaikh. In teaching the art of Ka’ashi, the local ceramics of Hala, Khizar Hayat was tutored by Baradi Arbab, the famous potter of Sindh, who, breaking his family traditions, taught the art of ‘Kashigri’ (Kaashi-creation) to someone outside his own family. Khizar, apart from the traditional floral motifs and carvings on the vessels and plates made of Kaashi, introduced different genres of painting, such as portrait, landscape, still life and calligraphy etc. on this ceramic. He infused Hala’s ceramic work (Kaashi-Gari) with the colors of innovation, liberating it from its pre-classical two-color (dark and light blue) confines. Moving a step forward, using the clay and colors of Multan and Gujarat’s ceramic and by successfully experimenting with those on Hala’s Kaashi ceramic, he diversified the said local craft in every respect. Not only this, but he also experimented innovatively with the ceramics work of Japan, China and Thailand, similar to the local Kaashi, and brought over the bowls and plates from there, carved them, and used them in local kilns and got fine results, enriching the Kaashi ceramics of Sindh. It is no exaggeration to call Khizar Hayat the one, who raised the level of the Kaashi industry in Sindh and patronized it properly. He took the Kaashi ceramics of Hala and Nasrpur out of the traditional style and brought them to the next level, where it stands today.

Several solo and group exhibitions of Qazi’s artistic work were held inside and outside Pakistan. Some of his solo exhibitions at Karachi, Islamabad, Lahore, Hyderabad, and Khairpur etc. were the landmarks of his career; in which his work was appreciated and sold widely.

At the start of 1980-81, while working at Mehran Engineering University College, Nawabshah, Eng. Khizar established the ‘Sikandar Art Gallery’ at Officers’ Housing Society, Nawabshah Sindh, by combining and organizing his created works and masterpieces of Kaashi Ceramic and paintings created on other mediums of Art. He spent all his life’s artistic earnings and hard work in his art gallery. Along with common people, this art gallery has been visited and loved by countless politicians, cultural and social personalities, celebrities, painters of international and national repute, including Benazir Bhutto Shaheed. Sikandar Art Gallery has made its own distinctiveness as a vital cultural center and visiting spot of Nawabshah town, over the past several years.

Khizar’s labor of art was widely appreciated both locally and internationally. He was awarded the achievement award by the American Biographical Institute (ABI) in 1980, a gold medal by the Sindh Graduates Association (SGA) in 1984 and a gold medal by ‘Latif Adabi Academy Sindh’ in 1987. His introductory sketches were included among world-class creators and illustrators in “Who is who in the World”, published in the United States in 1988. His introduction has also been published with special importance in the second edition of “International Leaders and Achievers”, published in London UK in 1989. He was also bestowed with the “Sachal Award” in the year 2000, on the occasion of the annual Urs celebration of Hazrat Sachal Sarmast, the eminent mystic poet of Sindh, in recognition of his pictorial depiction of the poetry of the great poet.

Qazi Khizar Hayat also took an active part in student politics during his university days and while studying in the final year of engineering, he was involved in the incident of March 4, 1967, in the dark era of the ‘One Unit’. Student leaders of that time – Yousuf Laghari, Abdur Raheem Samo, Masood Noorani, Yousuf Talpar, Mujeeb Pirzada, Masood Pirzada, Ashfaq Memon, Aijaz Qureshi, Liaqat Jatoi, Manwwar Memon, Muzaffar Hussain Sheikh and Agha Zahid, had the honor of being prisoners along with Rafiq Safi, Sharif Memon, Aftab Asraan and Jam Saqi, and Khizar Hayat himself.

Qazi was also the author of two books.  One of which was compiled on the life and educational services of Dr. A. Q. Afghan, a noted educationist from Sindh and the former Principal of University of Sindh Engineering College, which was published in 2013. While his second book was his autobiography written in Sindhi, titled: “Jhagyo Mun Jahaan” (I have traversed the world), which was published in 2020, in which he recorded his artistic and professional life experiences. This book is an account of the life journey of a hardworking individual, who was born in a middle-class family and accomplished triumph with honesty and integrity and became an example for everyone associated with his life and field.

This gifted and eminent retainer of Sindhi culture, the painter of Sindh, passed away last year on this day – Friday, July 16, 2021, at the age of 76 at Nawabshah, after a brief illness, leaving behind four daughters and a son. He was laid to rest the following day July 17 in Nawabshah in a graveyard on Qazi Ahmed Road.

Due to outstanding, genuine and exceptional services rendered by Eng. Qazi Khizar Hayat, it will not be easy for the artistic and cultural scene of not only Sindh, but of Pakistan, to forget him and his labor of love. 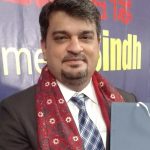 The author is a freelance radio and TV broadcast and print journalist, poet, prose-writer, researcher, columnist, blogger, translator, media Expert, and author of 12 books in Sindhi. He writes regularly for esteemed English, Urdu and Sindhi papers and websites. He can be reached at djyasirqazi@yahoo.com 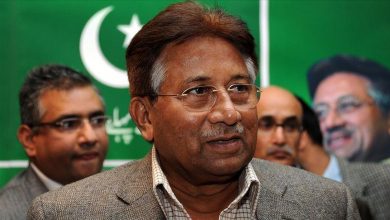 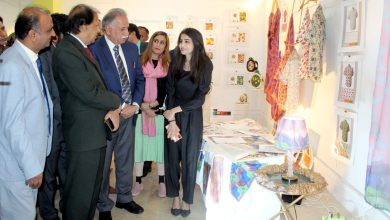 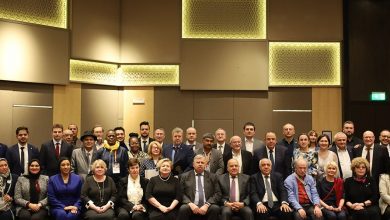 Sindhi Villages in India
17 hours ago