The Sukaar Foundation, a non-government organization, in collaboration with Brooke Pakistan, has launched animal rights project, especially of the donkeys used for riding and transporting heavy burdens, in desert district Tharparkar.

The organization is currently working at 20 kilns and ten villages of the district creating awareness among the people how to look after the animals, especially the camel, donkeys and the horses used by the people for transporting the goods in villages. 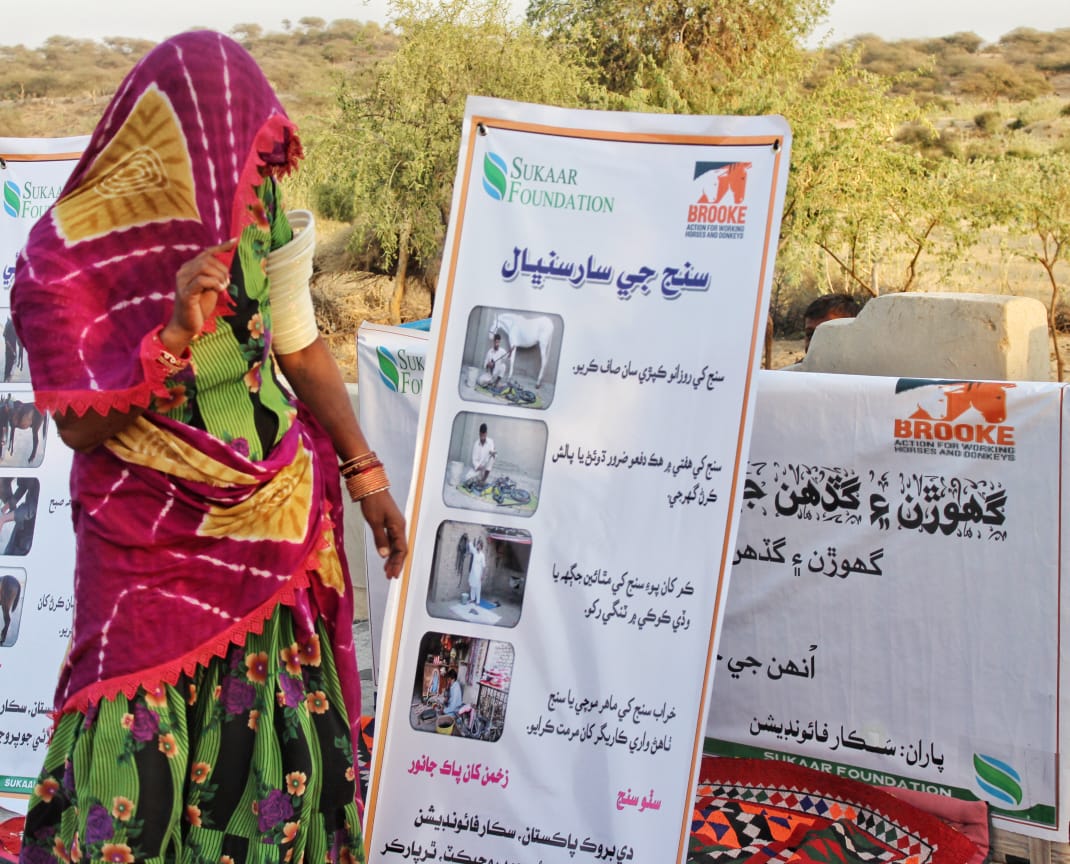 In this regard, medical camps were arranged at Wango Morr and surrounding areas near Kaloi while awareness sessions for men and women were held in Desar Ji Dhani and other villages.

Dr. Partab Rai, Project Coordinator, said that these animals are a great source of income for the villagers but there is no awareness among the people how to take proper care of them. “The donkeys are domesticated animals mostly used in Thar Desert for transporting goods and fetching water, but they are not treated like cattle,” he said.

Dr. Partab said that under the project, the Foundation has erected shelters and planted trees at some places for the donkeys besides constructing water ponds.

Meanwhile, the villagers told that they have been trained in dressing the wounds of donkeys and also cultivating the grass, grown on less water, to ensure availability of fodder for the donkeys.

The fall of Sindh to the Company: A Defeat with Many Names