Munda is remembered as one of the greatest tribal freedom fighters who led Mundas and Kurukh tribal communities to fight for tribal rights and identity. He died in prison after he was arrested for revolting against the British.

The people of Jharkhand, Bihar and Bengal observed today the birth anniversary of Birsa Munda, a tribal leader and freedom fighter, to commemorate his sacrifices and contributions for the rights of tribal people and his fight for freedom. Birsa Munda was born on November 15, 1875 and died in the jail on June 9, 1900 at the young age of less than 25 years. He was arrested for revolting against British colonial government.

Birsa Munda, also remembered as Bhagwan Birsa Munda, who hailed from the Munda tribe, is also known as “Dharti Abba”, meaning “The Earth Father”, as he strived for the right of indigenous people over their land and waged war against the feudalism imposed by British colonial rulers. He was the backbone of the Millenarian Movement that arose in the Jharkhand and Bihar belt during the 19th century. Between 1899 and 1900, Birsa Munda did not allow forced labor and won the legal protection of land rights. He led a movement called “Ulgulan” against the British for capturing their lands and forests. Ulgulan means resistance by Adivasis. The Ulgulan movement is also called the Great Tumult.

The revolt, led by Birsa Munda, was against the ‘unfair land-grabbing activities’ by the British government, which aimed to destroy tribal land, livelihoods and cultural roots. To establish surplus farming, the British had introduced a new agricultural system encouraging non-tribal peasants to grow on prosperous lands of the indigenous tribal people. The alienation of tribal people from their land and livelihood enraged Birsa Munda, who vowed to fight for the rights of his tribe. The Munda tribe started revering him as ‘Dharati Aba’. Around 7000 tribal men and women followed him into battle in 1899 to bring the revolution. The revolutionary tremors spread to Khunti, Basia and even Ranchi. Unfortunately, he was arrested on March 3, 1900.

One of the lesser-known facts about Birsa Munda was his rejection of Christian Missionaries and conversion activities in tribal areas. He was an exemplary student, so his father Sugana Munda put him in the German Mission School, where he was converted to Christianity and named Birsa David. When the seeds of freedom against the British erupted in the late 1800s, Birsa’s father withdrew him from the school and left Christianity, and they went back to their traditional tribal religion. As Birsa was negatively affected by Christianity, he offered an alternative faith called ‘Birsait’. He was shocked at the British government and Christian Church’s forced religious conversions. Many tribal people converted to his religion, and he became the representative of their tribal religion and was considered a healer. 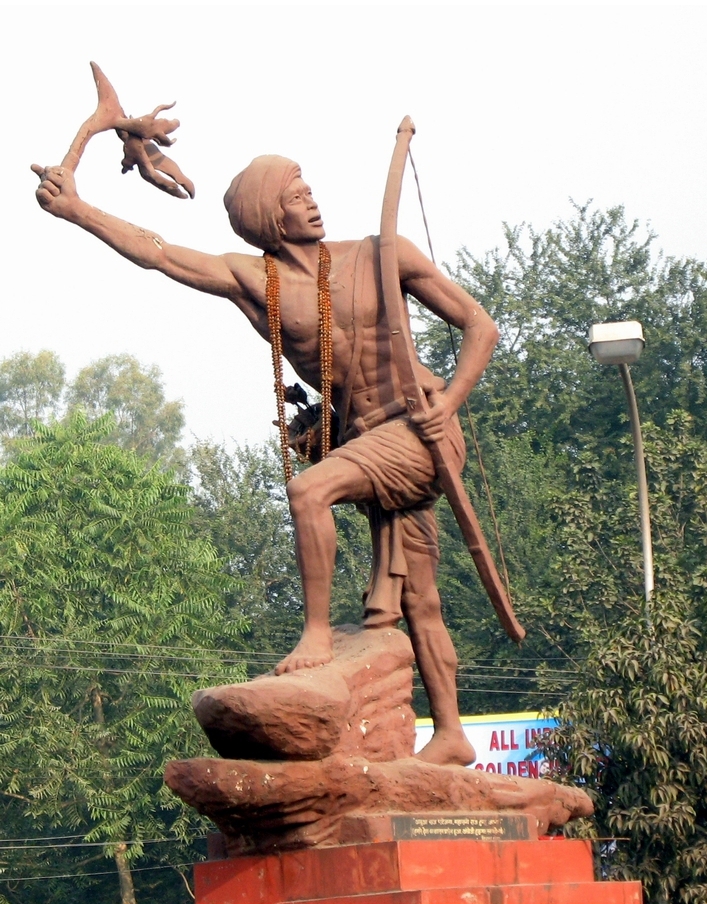 Born in the tribal belt of the Chhotanagpur Plateau, Birsa Munda started fighting for tribal rights when he was just a teenager.

Birsa Munda stressed the need of the tribal people to study their own faith and not forget their cultural roots. He was the one who influenced his people to realize the importance of owning their land and asserting their rights upon them. He also stressed on having faith in God, and observing a code of conduct while letting go of evil thoughts and activities.

His struggle against the exploitation and discrimination against tribal people led to a big hit against the British government in the form of the Chotanagpur Tenancy Act being passed in 1908. This Act restricted the transfer of tribal land to non-tribal people and became landmark legislation for the protection of tribal rights. The British regime also took steps to abolish Veth Bigari or forced labor.

During this time, the exploitative British Raj had started penetrating the deep jungles of Central and Eastern India, disrupting tribal lives living in harmony with nature. The British introduced a feudal zamindari system in the Chhota Nagpur region, destroying the tribal “Khuntkatti” agrarian system. Khuntkatti means the joint holding of land by tribal people. They also brought in the outsiders (called “dikus” by locals) like moneylenders and contractors, as well as feudal landlords who aided the British in their exploitation. In addition, the aggressive missionary activity continued with the active support of the Raj, insulting and interfering with the religious and cultural beliefs of Adivasis.

During the 1880s, Birsa observed the Sardari Larai movement in the region, which demanded the restoration of tribal rights through non-violent methods like sending petitions to the Raj. But the oppressive colonial regime paid no heed to these demands and the zamindari system soon reduced the tribal people from landowners to laborers.

Birsa emphasized the importance of “sirmare firun raja jai” or “victory to the ancestral king” invoking the sovereignty of the tribal peoples’ ancestral autonomous control over the land. He also stressed monogamy in the later stage of his life.

He ignited the minds of the masses- the Mundas, Oraons, other Adivasis and non-Adivasis responded to his call and attacked the outposts of feudal, missionary, and colonial authorities. The tribal people of Central and Eastern India waged an effective armed resistance against the British with traditional bows and arrows, but only the real exploiters were attacked, and the common people were not troubled.

There were wars between Mundas and British soldiers for three years between 1897 and 1900. In August 1897, Birsa and 400 of his soldiers armed with arrowheads attacked the Khunti police station.

In 1898, the Mundas again clashed with the Britishers on the banks of the Tanga River, in which the British army was defeated at first but later arrested many tribal leaders from the region.

Birsa was arrested on March 3, 1900 while sleeping with his tribal guerrilla army in the Jamkoipai forest of Chakradharpur.

Soon after his death, the movement died, but fact remains that he was the one to mobilize the tribal community against the British and forced the colonial authorities to introduce laws protecting the land rights of the tribal people. 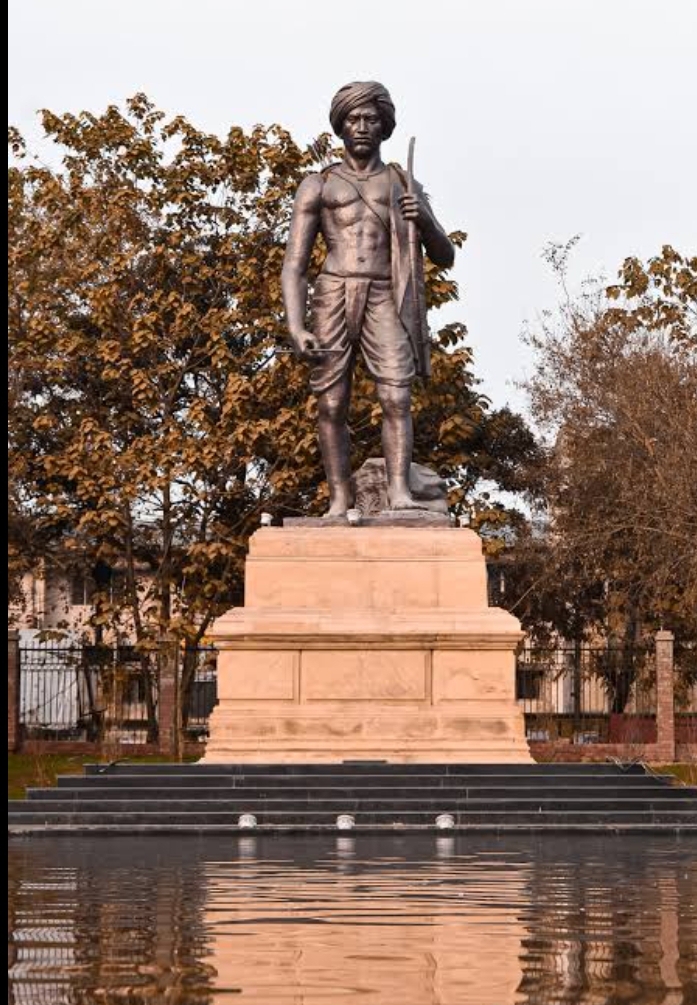 The revolt led by him in the Munda belt of Khunti, Tamar, Sarwada and Bandgaon regions helped revive the traditional tribal culture. His slogan Abua raj ete jana, maharani raj tundu jana, meaning ‘Let the kingdom of the queen end and our kingdom be established’ is still remembered by the people of Jharkhand, Odisha, Bihar, West Bengal and Madhya Pradesh.

He was also expert in playing the flute and used to carry an instrument made from pumpkin. Several folk songs have been made to celebrate the life of this great warrior.

The Indian Union Cabinet had decided to declare November 15 as ‘Janjatiya Gaurav Divas’ to mark the birth anniversary of Birsa Munda and honor the contributions of the members of Scheduled Tribes to Indian history and culture. The decision was taken at a meeting of the Union Cabinet presided by Prime Minister Narendra Modi.