Bisma Soomro, a young and energetic girl is working on the environmental issues since 2018 and has distributed so far over 10000 cloth bags among the women of Lyari Karachi to get rid of the plastic bags’ usage that have caused environmental degradation.

“I had joined Lyari Girls’ Café (LGC), a non-government organization, in January 2018 after my education was affected due to some family and financial problems, as there was other way but to seek a job. This organization had been working on women’s issues in Lyari since 2017. Its main focus was women education, sports and vocational training,” Bisma told Sindh Courier.

Lyari Girls Cafe was established in 2017 by ARADO team. The founder/President of ARADO organization is Sultan Mandhro.

“With the help of LGC I got myself skilled enough to start working on environmental issues. It was LGC where I learnt about climate change issues like global warming and got a chance to do something for the communities of Lyari.”

“Lyari Girls Cafe’s anti-plastic campaign fascinated me and since the past one year I have been fully involved in the anti-plastic bag campaign,” she told.

Bisma Soomro’s primary task is to inform the local residents about the environmental impact of plastic bags and persuade them to use cloth bags.

For the first time, Lyari Girls Cafe has taken up the issue of environmental pollution in the area and started raising awareness on the negative effects of plastic bags.

“As a leading environmental activist, I often go to the bazaars to distribute cloth bags, talk to shopkeepers, and also visit door to door urging women not to use plastic bags, let free their homes from plastic,” she told about her mission and added, “Thanks to LGC, today I am the first woman in Lyari to have the honor being an environmentalist.”

On a question that who provides the cloth bags and funding of the project, Bisma told, “My organization provides me cloth bags. Our project is funded by Terre Des Hommes (TDH) Germany, being our partner organization. With the support of TDH, the project of “Say No to Plastic Bags” was launched and we are continuing the campaign against plastic bags.”

“For cotton bags, we buy cloth from the market and stitch them. Some volunteers also prepare at our center,” she explained about the process of making environment-friendly bags.

The other members of their team have separate responsibilities. They have evolved teamwork system for vocational training, sports, child rights and women’s empowerment.

“In bags’ distribution drive some of our volunteers as well as office staff use to participate,” she said.

“So far, we have distributed more than ten thousand cloth bags free of cost and another three thousand bags are ready,” Bisma shared the data of her work started back in 2018.

Elaborating further, Bisma said she has focused all the markets of Lyari as well as Bihar Colony, Agra Taj Colony, Khada Market, Ali Muhammad Mohalla, Kalri, Chakiwara, Baghdadi, Kharadar and other old city areas of Lyari for distribution of cloth bags. “Even, we have worked for the elimination of plastic pollution in Saddar areas.”

Speaking about the impact of her efforts, Bisma Soomro said, “Our campaign raised awareness in local communities. There is a growing awareness of the importance of reducing plastic pollution. People carry cloth bags from their homes when they go for shopping.”

“Of course, pollution will be greatly reduced in the future with consistent efforts,” Bisma concluded. 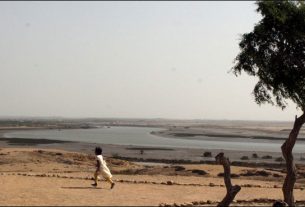 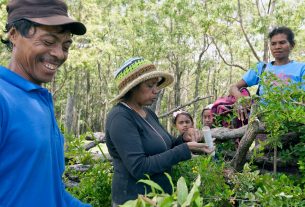 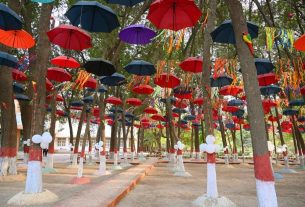