Environmental experts at an awareness rally in Sindh University term deforestation a ‘big threat’ to climate change in the country.

Terming deforestation as a major cause of rampant climate change, the environmental experts on Monday stressed the need to plant more and more trees in the country in order to combat climate change and reduce the intensity of sweltering heat.

They said that Pakistan was currently facing a major challenge of climate change due to deforestation and the only way to get good riddance from the hot weather was to plant as many saplings as possible adding that cutting of trees across the country especially in Sindh was posing a big threat of warming.

This they said while addressing the awareness walk organized by the Green Youth Movement Club and the Directorate of Student Affairs, University of Sindh to mark the World Environment Day.

Addressing on the occasion, the Director Student Affairs and Environmentalist Dr. Muhammad Younis Leghari said that Pakistan was currently facing a major challenge of climate change and the only way to get rid of it was to plant as much trees as possible.

He said that deforestation was taking place all over the country including Sindh as the trees were being cut down by the powerful mafias, due to which the heat was increasing every year.

He feared that if deforestation was not stopped, it would be difficult to live on the land in the near future and no one would be able to withstand the effects of sweltering heat due to increasing global heating. 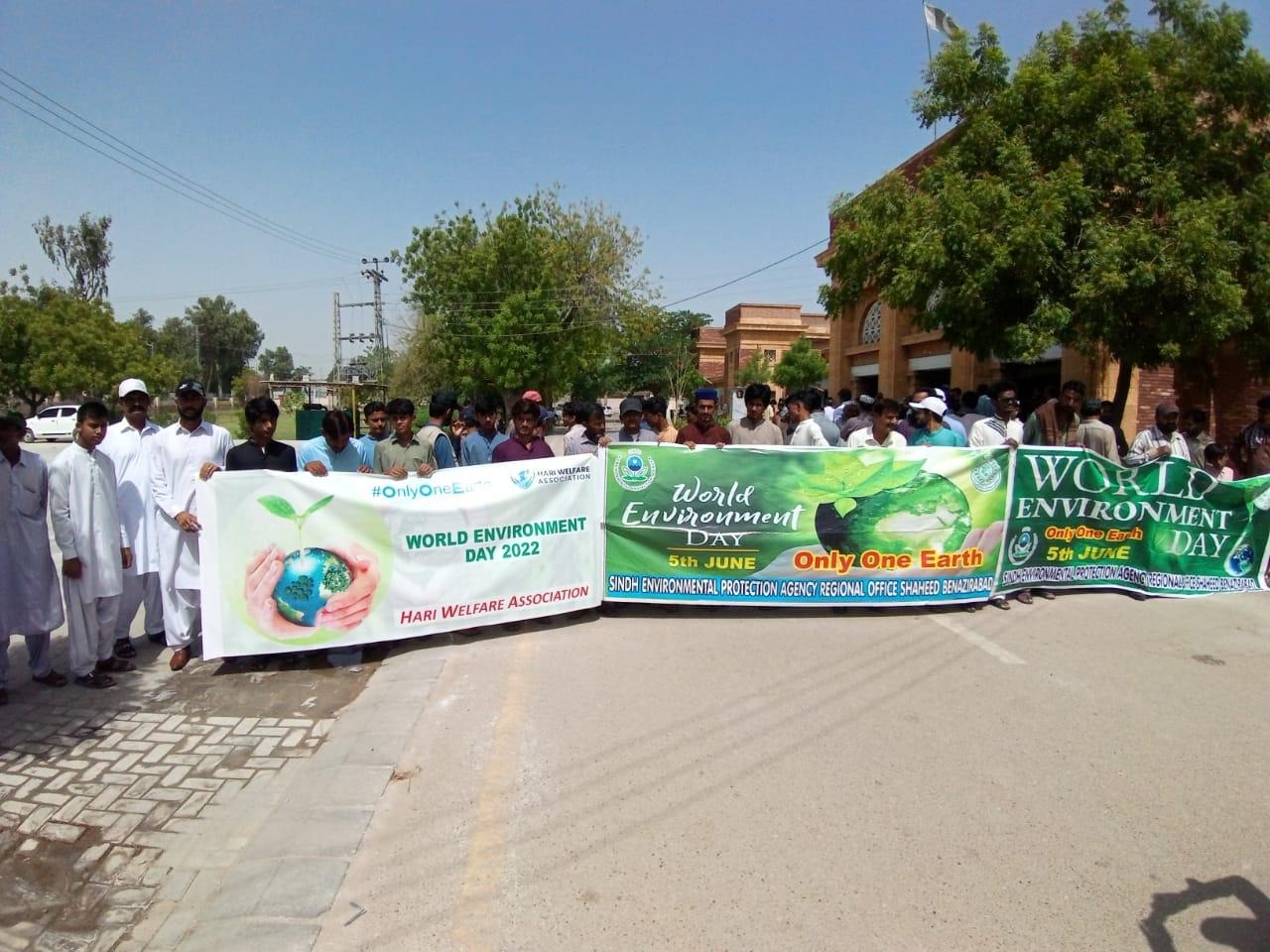 He further said that due to deforestation and non-planting of trees, rains were not falling, resulting in warmer weather.

Dean Faculty of Natural Sciences Dr. Wazir Ali Baloch said that the heat wave in Sindh in the month of May was intolerable and it was all because of deforestation and cutting down of trees. “We need to pay more attention to tree planting, which should be started from our homes,” he said.

He said that after planting the saplings in houses, one should plant in one’s own street and then in the whole area in order to combat climate change adding that the issue of the environment was not only a problem in Pakistan but also in the entire world.

“Climate change is a global issue; therefore, the United Nations (UN) should play an effective role in this regard”, he urged.

Dean Faculty of Social Science Prof Dr. Hamadullah Kakepoto said that the youth, women, children and the elderly needed to be made aware of the health effects as a result of the environment and that they were required to be informed that the survival of future generations depended on tree planting. 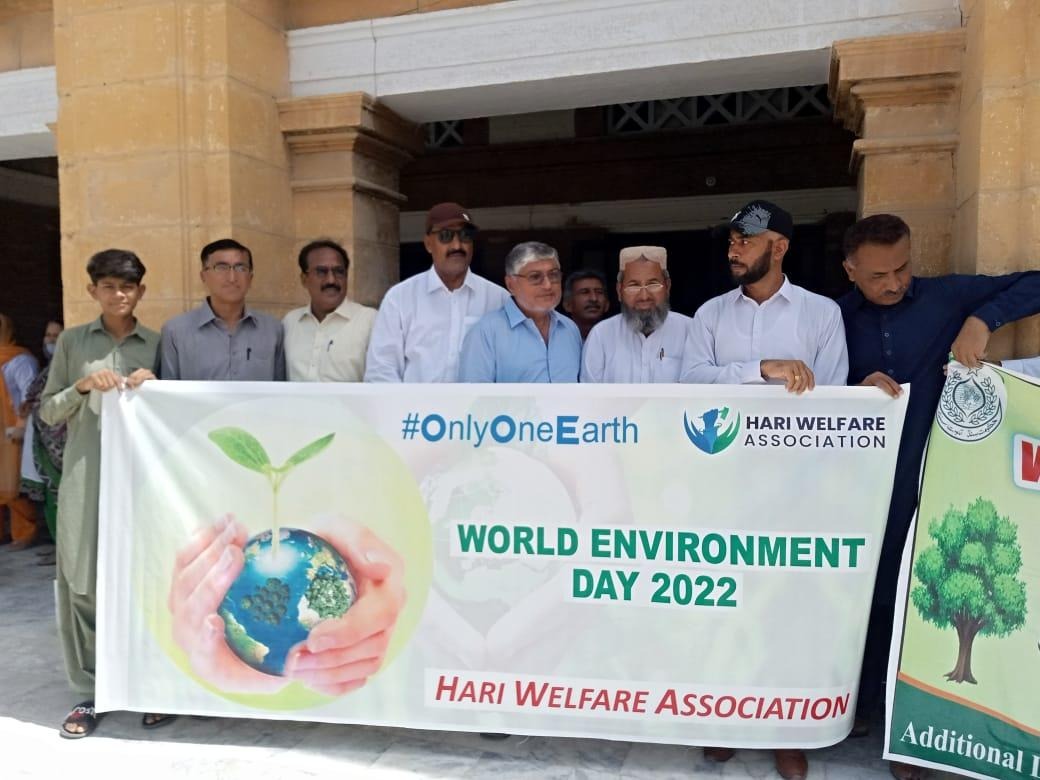 The walk led by Akram Khaskhaskheli, Shahzad Ahmed of HWA, M Sabir Qureshi, A. B. Rehman Khaskheli of Social Welfare Department, started from DC Chowk to Press Club Road Nawabshah. People from different walks of life attended the walk holding placards and banners inscribed with slogans for protection of environment and cleanliness.

Speaking to the walk Akram Khaskheli president Hari Welfare Association said that we are facing climate change harmful impacts, Deforestation is major issue of climate change. He said that all citizens need to start tree plantation at their own level, and its responsibility of all citizens to play their role for the protection of our environment.

The survey says Sindh has a total area of 14.091 million hectares, out of which 1.9% land is covered with forests which is too low.

He said that provincial and federal government should take concrete measure to implement all environment protection laws immediately, tree cutting practice must be banned and to take initiative for the protection of forest in Sindh.

From Sindh to Andalusia: The Life and Times of Sufi-Flamenco Star Aziz Balouch