Seventy-five years on, the main lesson of Partition in South Asia – that without cooperation across borders we tempt tragedy – is timely than ever as we face the climate crisis. But such cooperation is hard to find.

As Pakistan and India celebrate their Independence Days, on 14 and 15 August respectively, the thin line of midnight is a reminder of the terrible violence that ensued just after independence, in the Partition. Those events, in which hundreds of thousands of people were killed and millions displaced, have left an enduring legacy in how people in South Asia view division of the region’s land and resources, and their management.

While Partition divided South Asia by borders, the region’s most essential resources – its rivers and ecosystems – need to be managed as bioregions if they are to continue to sustain us.

The legacy of Partition spills into matters like the Indus Waters Treaty, painfully negotiated over more than a decade after 1948, when engineers in the Indian side of Punjab stopped the flow of water into what was then West Pakistan. It rears its head over the difficulties in renegotiating the Ganges Water Sharing Treaty, and the continued impasse over a treaty on the Teesta River.

These problems are due partially to the logic of Partition: of different administrative units for those defined as ‘different people’. When discussing Partition and its aftermath, most writing focuses on the division as the main issue, especially since the violence was already preceded by other instances of mass conflict between Hindus and Muslims. Nonetheless, division is only part of the story: mismanagement, and a lack of a means of cooperation across boundaries, may have played a much bigger role in its enduring legacy.

A partition without a plan

Two significant pieces of scholarship, Patrick French’s Liberty or Death, which relies heavily on declassified Intelligence Bureau files, and Hormasji Maneckji Seervai’s Partition of India: Legend and Reality, based on the Transfer of Power papers, illuminate the decisions that led to the mismanagement of the greatest population exchange history has ever seen. In both works, the last Viceroy of India, Louis Mountbatten, and his decisions come under great scrutiny. They identify two key focal points where the history of Partition was written.

One was the date of independence, which was chosen not through some well-planned exercise, but to mark two years after the victory of the Allies against the Axis powers in the Second World War. As Seervai documents, Mountbatten’s predecessor, Archibald Wavell, had a carefully drawn plan for British withdrawal from the Indian subcontinent. Mountbatten had none.

Even worse was his decision to suppress news of the plan for Partition until just after the handover of power had happened. This was key because the largest administrative unit in the subcontinent, the military, was also carved in two just as the Partition came into effect, as were the police and other administrative jurisdictions. A population transfer involving millions of people was already going to be a massive challenge. Without an effective government structure, it became a series of bloody atrocities. 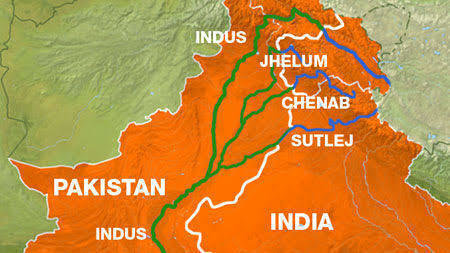 Why the history of management matters for rivers

Understanding Partition is central to understanding where South Asia went next. And what South Asia learned after August 1947 was that division inevitably leads to violence. This lesson was compounded by Bangladesh’s secession from Pakistan in 1971.

These turning points in the histories of the three countries have taught us that without cooperation across jurisdictions, breakdowns in governance become an inevitability.

The continuing legacy of a governance approach that sees resources as divided between different, often mutually hostile, legal and administrative units can be best seen in how rivers are handled across the region. Within India, the Cauvery remains a hotly disputed river, with the states of Karnataka and Tamil Nadu locked in a conflict over its waters that goes back to colonial times. Punjab and Haryana, too, continue to contest water rights.

After the Uttarakhand High Court granted legal rights to rivers in March 2017, the Uttarakhand state government filed a special leave petition in the Supreme Court which made it unworkable. The chief secretary of Uttarakhand – the highest administrative official in the state – pleaded inability to be the ‘legal guardian’ of the Ganga and Yamuna because they flowed through different states.

The slicing and dicing of rivers and bioregions by borders is not isolated to India. In March 1991, the provinces of Pakistan signed the Water Apportionment Accord, largely based on the historical use of water by the provinces of Punjab, Sindh, Khyber Pakhtunkhwa and Balochistan. Rather than setting the issue to rest, the provinces continue to tussle over the ownership and distribution of water. The mighty Indus basin, already divided between China, India, Pakistan and Afghanistan, has been divided still further, with nothing and nobody taking responsibility for monitoring – much less maintaining – the health of the basin as a whole.

Nor is this problem any less fractious in the east. As climate change raises the incidence and power of floods, every year a sorry blame game plays out between Nepal, India, Bangladesh and even Bhutan, in which each country, and provinces within the countries, accuse each other of mismanagement and exacerbating the floods. All the while, they keep an eye on China, where the source of the Brahmaputra (or Yarlung Tsangpo) lies, and from where limited information filters south.

The end result of this focus on borders rather than bioregions is that ecosystem health is deeply undermined. The hilsa fish has disappeared from most parts of Pakistan and India as the river ecosystems it depends on have been disrupted. It is now largely confined to Bangladesh. India and Nepal quarrel over the nationality of an individual sloth bear, and healthy yak populations are now largely found only in Tibet.

More fundamentally, none of the countries whose futures are intimately tied to the Hindu Kush Himalayan region, and the trans-boundary rivers that flow from it, have a very good idea of what is going on in the mountains. With the largest concentration of ice after the North and South Pole, the roof of the world is crisscrossed with contested borders, with armies and men even stationed on glaciers such as Siachen (where the militaries lose more lives to the climate than their declared enemies). The shroud of national security has made the Himalayan region a ‘white hole’ in reports by the Intergovernmental Panel on Climate Change.

The horror of Partition has failed to teach the countries of the region the catastrophe’s most important lesson: that cooperation across jurisdictions is the only way to avoid tragedy. As the climate crisis – with its floods and droughts, its plagues of locusts, its storms and disasters – looms over South Asia, there is scant evidence as yet of the cooperation that could help people across all borders protect the rivers and ecosystems they ultimately depend on.

Omair Ahmad is managing editor for South Asia at The Third Pole. He has worked as a political analyst and journalist, with a particular focus on the Himalayan region. He is the author of a political history of Bhutan, and a few novels. 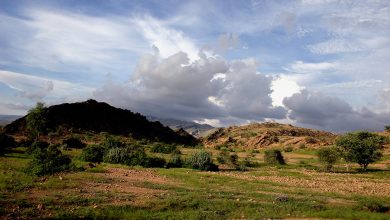 The Nature, Culture and Adventure of Khirthar National Park 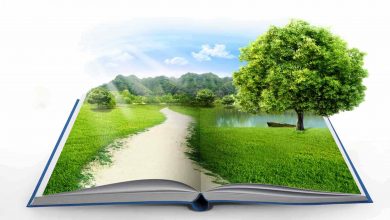 Environmental Education: Need of the Hour to Save Earth