Based on the tale of a 7th-century Arab poet and his beloved, the romance of Laila and Majnun was first written in Persian by Nizami Ganjavi in 1192 AD.

The majority of historic tombs in districts of Kamber-Shahdadkot, Dadu, Sanghar, and Shaheed Benazirabad (formerly Nawabshah) depict the folk romances of Sasui-Punhun, Suhni-Mehar, Leela-Chanesar, Moomal-Rano, Nuri-Jam Tamachi, Laila-Majnun, and others. The most frequently depicted romances are those of Sasui-Punhun, Suhni-Mehar, and Laila-Majnun. Of these, the romantic tale of Laila and Majnun is not of local origin, but was introduced through Persian and Arabic literature in Sindh, and became an important theme in the artistic repertoire of Sindhi artists.

Based on the tale of a 7th-century Arab poet and his beloved, the romance of Laila and Majnun was first written in Persian by Nizami Ganjavi in 1192 AD. It is frequently depicted in Persian painting as argued by Basil Gray in his book Persian Painting (1995).

The subject of Laila and Majnun, taken from the Khamsa of the 12th-century Persian poet Nizami became a recurrent theme in Mughal and Deccani paintings. Among those who wrote poems specifically about Laila and Majnun or who included the story in other works were Amir Khusraw Dihlavi, Jami, Saadi, Hafiz and Hilali. The two most popular versions in India were those of Nizami (1141-1209) and Amir Khusrau Dihlavi (1253-1325), which in both cases formed part of these authors’ Quintets (Khamsa or Panj Ganj). It also became one of the most popular texts to be illustrated in the Persian and Mughal traditions.

According to Basil Gray (1995) and Andrew Topsfield (2012), the stories of lovers Yusuf and Zulekha, Khursrau and Shirin, and Laila and Majnun were not only depicted in the art of Iran but also in the art of the Ottoman and Mughal empires. The love story of Laila and Majnun first captured the attention of Persian poets and later it travelled into the Indian Subcontinent and became a popular theme in the Mughal period and the provincial painting schools. Later on, the theme was also copied by Rajasthani and Deccani painters. This Arabic love story travelled through literature and art to distant lands and inspired many poets and painters. It became a most frequently practiced theme in the literary repertoire.

While almost all the other romantic stories were painted in Sindhi tombs, it seems that Sindhi painters did not paint the tale of Khusrau and Shirin. I don’t know what the reasons for this omission were. Certainly, other Persian tales were painted in Sindhi tombs. Even Bahram Gur and Dilaram’s love tale is depicted in the Sindhi tombs. Khusrau and Shirin’s tale was the most popular and recurrent one in Persian painting. It also appears in mural paintings and ceramics which I have seen at the Fin Garden in Kashan and Bagh-e-Erum in Shiraz. I have seen a representation of Khusrau and Shirin’s tale depicted on a wall of a canopy at Fin Garden in Kashan. In the Bagh-e Erum at Shiraz are mural ceramics that decorate the facade of a building representing Khusrau and Shirin and hunting scenes.

Daljeet (1999), the author of in Mughal and Deccani paintings, discusses a few miniatures which depict Majnun with wild animals. Having lost his love, Majnun retired to the forest and spent his time with wild animals. In other miniatures, Laila is accompanied by her female companions and a maulana (religious leader) to meet Majnun. Here, Majnun is shown seated under a huge tree among wild animals. The emaciated Majnun looks like a skeleton.

John Seyller (2004) discusses a few manuscripts from the Sultanate period in the article “The Walters Art Museum Diwan of Amir Hasan Dihlawi and Salim’s atelier at Allahabad” in the edited book Arts of Mughal India, Studies in the Honor of Robert Skelton by Rosemary Crill, Susan Stronge and Andrew Topsfield. The manuscripts represent the romantic tales of Yusuf and Zulekha and Laila and Majnun. A Sultanate-period manuscript, the Diwan of Amir Hasan Dihlawi (AD 1275-AD 1336) is a compendium of some 10,000 couplets, which take the form of qasidas, ghazals, masnawis and ruba’is with each type of short poetical offering typically arranged alphabetically. According to John Seyller (2004), the first illustration in the manuscript takes its themes from the well-travelled story of Majnun. Here Majnun’s father visits him in the wilderness and asks him to desist from his erratic behavior. But Majnun ignores the pleas of his father and continued to live in the wilderness.

Andrew Topsfield (2012), in his article “Images of Love and Devotion: Illustrated Mughal Manuscripts and Albums in the Bodleian Library” which was published in the book In Love and devotion from Persia and Beyond edited by Susan Scollay, believes that the most common expressive vehicles for the perennial subject of love themes were illustrations to popular romances such as that of Laila and Majnun, which was interpreted metaphorically by Sufis and poets as a mystical story of divine love (ishq-i-haqiqi). Moreover, he argues that by the 18th century, several popular Islamic or Indian romances that were sometimes used for esoteric interpretation had become firmly established in the North Indian artistic repertoire in general. Discussing the subjects within the Bodleian Library, Andrew Topsfield argues that amongst the popular romances were Yusuf and Zulaykha or tragic Punjabi lovers Sohni and Mahiwal. But the most influential theme of all was that of Laila and Majnun.

In the majority of the tombs in Sindh located in Dadu, Kamber-Shahdadkot, Larkana, Shaheed Benzirabad (formerly known as Nawabshah) and Sanghar districts, depictions of Laila and Majnun are a frequent theme. The earliest depictions of Laila and Majnun are found in the tombs of Mian Nasir Muhammad Kalhoro in Khairpur Nathan Shah and Mir Allahyar Khan Talpur at Drigh Bala in Johi tehsil. The best wall painting of the love story of Laila and Majnun is depicted in the tomb of Sultan Marri in Tilla Shah Necropolis in the Sanghar district. There are eight domed structures in the Tilla Shah necropolis. In this depiction, four characters are shown. Apart from the tomb of Sultan Marri, the tombs of Rehan Khan Jamali and Mir Sobdar Jamali (both the tombs collapsed in the floods of 2010), the most impressively depicted was the love story of Laila and Majnun.

A similar representation can also be seen in the tomb of Sahib Khan Shahani near Chhini, the tomb of Seerakh Rodnani and Piyaro Faqir Rodnani near Thull village, a Muridani Jamali tomb near Phulji, and many others in Johi and Khairpur Nathan Shah tehsils of Dadu district and Kamber and Warah tehsils of Kamber-Shahdadkot district. Some of the most immaculate depictions of Laila and Majun are also seen in the tombs of Daud, locally called Dau Ja Quba near Gebi Dero in Kamber tehsil in the Kamber-Shahdadkot district.

The tombs of Rodnani also depict folk tale romances. All the tombs are noted for their architecture and paintings. There are two cemeteries of the Rodnani tribe near Thull village in Johi taluka. The first graveyard, which is locally called Ghanwar Faqir Jo Muqam, is located west of Thull village and the second is east of the village and is locally called Shahan Faqir Jo Muqam. There are two tombs in the necropolis of Ghanwar Faqir, which belong to Ghanwar Faqir and Piyaro Faqir Rodnani respectively.

The tomb of Ghanwar Faqir is a large structure dominating the graveyard. It is perched on the hillock and is conspicuous by its mere size from a distance. Near the tomb of Ghanwar Faqir is located the canopy of Piyaro Faqir Rodnani. The interior of the canopy of Piyaro Faqir Rodnani is painted. Eight panels depict different romances and glimpses of everyday life and equestrian scenes. And here, the romances of Laila and Majnun, and Sasui and Punhun are found depicted in the canopy.

One of the panels shows Laila in a meeting with her beloved, who is shown sitting under a tree. Close to Majnun is a depiction of a camel, which was a companion of Majnun in the wilderness. This subject of the love story of Laila and Majnun is repeated in some of the tombs in the necropolis of Shahan Faqir too. 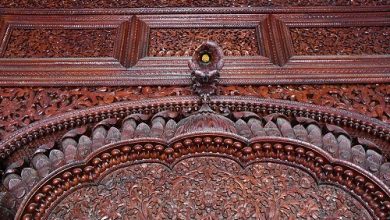 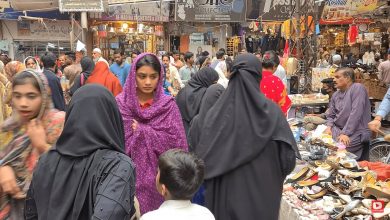 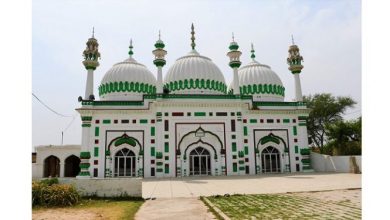 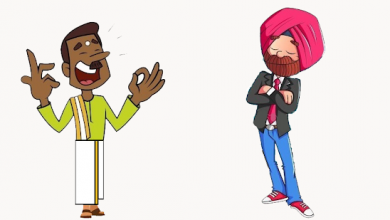 Punjabis and Sindhis are the Ancestors of All Indians!