The Divine resides equally in all living beings. This recognition requires that we affirm the dignity of all beings and practice the virtues of ahimsa and compassion.

Denouncing the hate and violence against Muslims in India, the eighteen organizations and 41 Hindu leaders from around the world have issued a joint statement declaring that they stand with their Muslim siblings.

“As Hindus, we are called to recognize that the Divine resides equally in all living beings. This recognition requires that we affirm the dignity of all beings and practice the virtues of non-injury (ahimsa) and compassion (karuna),” the statement says.

“Sadly, as we write this letter, we are seeing increasing violence against our Muslim siblings in India, carried out in the name of our faith.” 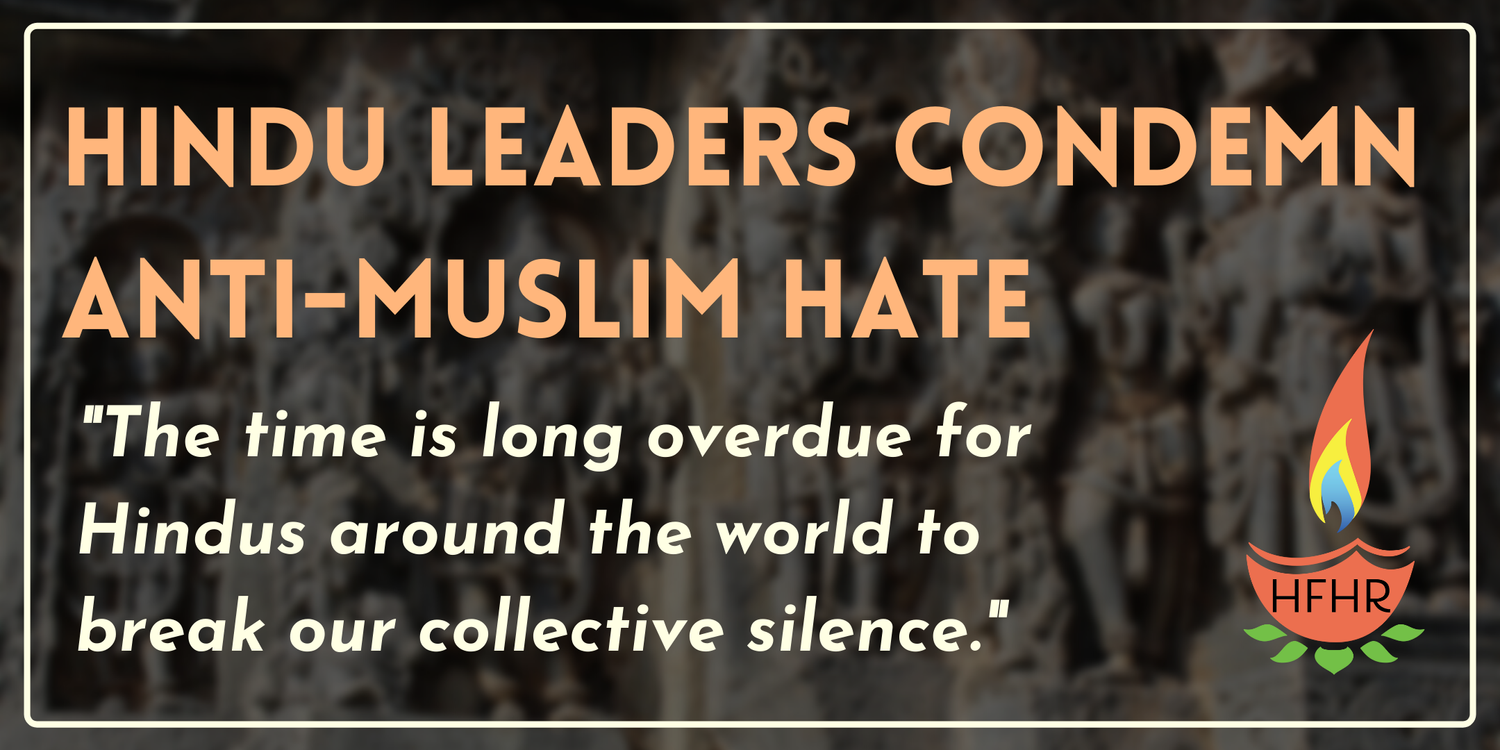 “As representatives of diverse Hindu traditions with deep histories, we are dismayed to see Hindu leaders in India and abroad openly embracing Hindutva—a century-old political ideology that sees citizens of other faiths as inherently foreign and not qualified to enjoy the full benefits of Indian citizenship. The images and videos of saffron-clad sadhus, sadhvis, and swamis calling for genocidal violence against millions of Indian Muslims in December 2021 are a chilling sight that we cannot ignore. And since the so-called “Dharma Sansad” in Haridwar, we have seen Muslim women put up for “auction” on an app created by college students, and hijab-wearing Muslim girls being denied their right to equal education in Karnataka.”

“The time is long overdue for Hindus around the world to break our collective silence and speak out against this hate that violates the deepest teachings of our tradition.”

“Some may wonder: why are we speaking about Indian Muslims when we know Hindus are under attack in other countries? Our answer is clear: the only way we can break the cycles of religious violence across South Asia is if we stand up for each other’s right to thrive and live with dignity. Violence against Hindus and other minorities in countries like Pakistan and Bangladesh does not, in any way, justify violence against Muslims and other minorities in India,” the statement argued.

By signing this letter, we pledge:

To speak out against anti-Muslim words and actions whenever they show up in our communities;

To build and strengthen relationships with Muslim neighbors, leaders and institutions in our communities;

To keep our temples and homes open to all, irrespective of religious background;

To commit to the teachings of religious freedom and social justice at the heart of our traditions that challenge notions of religious nationalism, casteism, and hatred for our brothers and sisters of other traditions.

The statement has been signed by following organizations and individuals.

The statement has also been circulated across the India and around the world with Hindi, Kannada, Tamil, Telugu and Malayalam translations.

Sindh Courier has received this statement through mail from Hindus For Human Rights on a Google group of publishers, writers and intellectuals.

Observations of an Expat: Crossing the Ukrainian Rubicon