The word “Balochistan” was first coined by Zaheer-ud-din Babar, Mughal King, during 1526-30 AD for the dera jaat area of Punjab where a large number of Baloch people inhabited.

The Pakistan’s province of Balochistan spread over 347,190 sq. km. covers 43.6% of the land area of the country. It has 38 districts and is home to three major ethnic groups: the Brahuis (who are considered Baloch by the Baloch politicians), the Pashtuns, and the Balochis. Although, the ancient Brahui country or state is called “Brahuistan”, putting the name of Brahui country on a side, the province was named as “Balochistan” for political interests.

The word “Balochistan” was first coined by Zaheer-ud-din Babar, Mughal King, during 1526-30 AD for the dera jaat area of Punjab where a large number of Baloch people inhabited. This is explained by Prof. Muhammad Ashraf Qaisrani on page 86 of his book.

The Brahuis call their country “Mash” (mountain), and “Brahuistan”. The Presence of Brahuis in the central Balochistan divided the Balochis into two lingual groups – Sulaimani and Makrani. If these two groups meet each other, they do not understand Balochi language of one another therefore they communicate in Urdu.

The Baloch of Kachhi were under the political influence of Kalhora rulers of Sindh before 1733 when Miyan Noor Muhammad Kalhoro martyred the famous Brahui ruler and Hero Abdullah Khan along with his 700 brave soldiers in 1733. When Nadir Shah Afshar ceded the Kachhi area to Muhabbat Khan Brahui (Son of Abdullah Khan), all the Baloch tribes became under the political power of Brahui state for the first time. The eminent Brahui ruler The Great Naseer Khan Noori enlisted the Baloch in the Brahui army. He did not form any separate military brigade for them but kept the Baloch under the Brahui chiefs.

On November 13, 1839, the British captured the Brahui state and martyred the Brahui ruler Mir Mehrab Khan II along with hundreds of his associates. Then the British government started to appoint the rulers on of Brahui state by its choice. With the help of these new rulers, and under a conspiracy, the British government acquired the territories on lease, including Sibi, Harnai, Pishin, Chaman, Zhob, Loralai, Mari, Bugti, Khetran, Quetta, Bolan and others. These areas were officially renamed as “British Balochistan” by the British on November 1, 1887. The British gave this name to keep the Baloch happy because at that time the British were fighting the Cold War over the occupation of hot water with Russia and Afghanistan. The Baloch were pro Russia and Afghanistan and had close political, intellectual and armed dealings with them. While the Brahuis were associated with the “Reshmi Rumal Movement”.

Russia was using the Baloch for its own interests. The British, therefore, appeased the Baloch politically by renaming the areas leased from the Brahui ruler as “British Balochistan” in order to thwart Russia’s objectives and to liberate the Baloch political and armed struggle against them. Many Britain intelligence agents in their intelligence reports, expressed their displeasure and resentment over the naming of “British Balochistan” and suggested the name “Brahuistan” instead of this name. J. Fredrick Bane writes in his confidential report that “In Baluchistan, powerful, and influential element is not the Baloch at all, but the still unfathomed Brahui, from which circumstance it has even been suggested that the country ought rather to be called Brahuistan”. Similarly, A.H. Keane wrote in his confidential report that “Hence the term Baluchistan, unknown in the country itself, is altogether inappropriate, though it may now be to let to substitute the expression Brahuistan as some”.

Since the inception of this organization, almost three Brahui generations have lost their status by sacrificing their Brahui history, culture and national identity in the name of Baloch. Baloch politicians and writers have always and in every era, for their own political interests, come up with political slogans and historical assumptions to declare the Brahui as Baloch. In 1930, the political slogan of this political organization was that ‘if we, the Brahuis and Baloch, do not get along’, the Pashtun would hold the majority and our political, economic, linguistic status will fade.

In 1972, in order to prove that the Brahuis are Baloch, the slogan was used that if there is any voice of separating the Brahui from the Baloch, he should be branded as British agent because the British had declared Brahui and Baloch as separate nations on the basis of language.

Since 2006, the Balochis introduced another theory for Brahui political activists to prove them Baloch by saying ‘Brahui is not a nation separate from itself, but is only a language of the Baloch nation.’ Now this slogan is echoing in the political atmosphere of Balochistan. The Baloch consider Brahuis as Baloch for their political interests. Former Balochistan Home Minister Sarfraz Bugti and BNP (M) head Sardar Akhter Mengal had a political tussle on twitter in which Sarfraz Bugti branded Akhter Mengal as unoriginal or fake Baloch. Similarly, the Baloch of Makran do not like the Brahuis, and do not allow them to trade in their area along Iran borders.

On November 28, 1969 the Military President Gen. Yahya ended the one unit and thus under presidential order No. of 1970 province of west Pakistan (Dissolution) the four provinces of Pakistan were declared as East Pakistan, Sindh, Punjab, NWFP (now KPK) and Balochistan. In this process, the ‘provinces of Brahui state’ were officially named “Balochistan” for the first time instead of “Brahuistan”.

All the world linguists and historians agree that Balochs are linguistically and ethnically Indo-Europeans. They set foot in the geographical parts of present day Pakistan in 1200 AD as refugees in Makran. The Brahui language and its speakers with their own national name “Brahui” is 6000 years old. They laid the foundation of Mehrgarh and Indus civilization. It should have happened that the Balochs had to become Brahuis in the Brahui state but the unassuming Brahuis sacrificed their majority, historical heritage, race, culture and conservatism because of the ‘political interests’ of the Baloch. The Balochs, in order to claim themselves as the real heirs of Balochistan, are bringing forward unhistorical, irrational, without facts, proofs to nationalist generation in modern Balochistan, which is emerging in the context of these fabricated writings. This generation is emerging as a tenacious tree only in the shadow of hallow political and emotional nationalism instead of doing great work in the field of science or education which is detrimental to the culture of Balochistan, and the nations living in it. The result is what we see as an emotional and armed struggle. 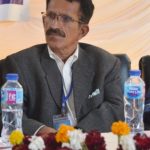 Nazir Shakir Brahui, based in Taluka Garhi Yasin, District Shikarpur, Sindh, is a researcher in Sindhi and Brahui languages. His area of interest is Linguistics, Anthropology, History, Archaeology, and Lexicography. He is Member of ‘Brahui Language in Pakistan: International School of Dravidian Linguistics’. Author of five books and several articles, Nazir Shakir has also founded Brahui Research Institute.  For further information, he can be approached at email brahui5000@gmail.com, nshakir@brahui.org and visit www.brahui.org

[The author has expressed his personal views, which do not reflect the editorial policy of Sindh Courier]

Shifting Identities in Modern Sindh – I 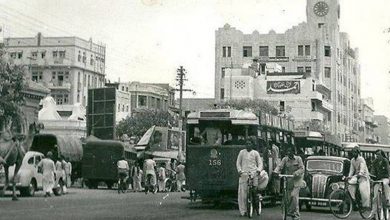