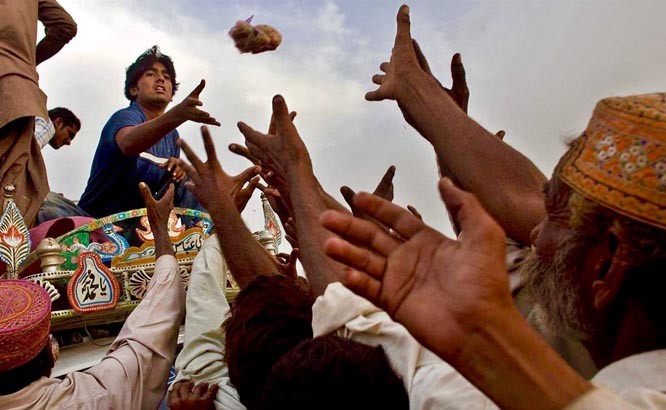 In a final bid to end the ongoing pandemic, wealthy countries will have to shoulder the greater part of the global burden. Funding obligations should be proportional to population size and income

In a final bid to end the ongoing pandemic, wealthy countries will have to shoulder the greater part of the global burden. Funding obligations should be proportional to population size and income, as is the case with UN dues. Wealthy countries have already injected approximately $13 trillion into their own economies. But they have increased their social protection assistance. Such programs have included meeting people’s basic needs, for food and unemployment support—to low- and middle-income countries only by less than $6 billion as of last October.

These wealthy countries should commit at least two percent of their Covid-19 spending to response and recovery measures in low- and middle-income countries. Doing so would meet not only a moral obligation but also a legal one, under international human rights law. According to the International Covenant on Economic, Social, and Cultural Rights, wealthy countries have an obligation to “take steps, individually and through international assistance and co-operation” to realize every person’s human rights.

President Joe Biden had promised a major Covid-19 recovery package early in his administration. If the United States and other wealthy nations were to commit two percent of such spending abroad, they would release some $260 billion in funds.

That amount could cover the needs of the ACT-Accelerator and more. The sum would also allow the UN World Food Program to meet the needs of more than 275.0 million people facing or at direct risk of acute food insecurity. It would further help the UN meet the needs of the 235 million people requiring humanitarian aid, such as emergency medical assistance or rescue from natural disasters or political persecution—a figure that has dramatically increased because of the pandemic.

The funds could help strengthen social safety nets in low-income countries and bolster grassroots organizations with access to marginalized populations.

The world’s major economies should not only commit some of their pandemic relief spending to countries with low incomes but also extend a debt service through the year 2022 and cancel many of the poorest countries’ debts. They should support the International Monetary Fund in creating Special Drawing Rights, an asset added to countries’ foreign reserves that can be converted into currency.

The sooner the world jump-starts the economies of low- and middle-income countries, the sooner those countries will be able to finance their own vaccines, drugs, and diagnostic tests when the next pandemic hits.

And even as the wealthy countries undertake the hard work of looking inward, they must not neglect the most vulnerable global populations, some of whom reside within their borders. These include refugees, internally displaced persons, asylum seekers, and stateless people.

Such communities are often crowded together, which puts them at particular risk of infection and their lack of citizenship in their countries of residence makes them especially likely to be left out of health care and vaccination campaigns. Ensuring the immunization of such communities is a matter not only of fairness but also of prevention of further spread. All countries should prioritize these populations, and COVAX should require recipient countries to cover them. In fact, the facility should increase its 2021 vaccination goal to include the 80.0 million forcibly displaced people and the at least 10 million stateless people.

The world will almost certainly face another pandemic. The next novel outbreak may or may not compare to Covid-19 in magnitude and severity; but to anticipate its eventuality, the WHO, with full support from the world’s governments, should set up a standing fund to cover vaccine research, development, and allocation. The G-7 or G-20, for example, could spearhead this fund. All countries should further agree upon binding rules for the equitable distribution of vaccines, therapeutics, and testing by, for instance, adopting a separate that includes these rules or reforming the International Health Regulations, which address the obligations of countries and of the WHO to public health emergencies.

The equity action agenda we have proposed will not only save lives and propel economic recovery but also demonstrate that today’s fractured world can come together for a common purpose. Such cooperation will ultimately serve a host of global priorities—from climate change to future global health security—that require shared endeavor and a commitment to justice.

A Sindhi who pioneered Technology Transfer in Indian Navy