Much is needed to protect flood victims from water-borne diseases and ensure their rehabilitation.

As the national coordinated efforts for provision of relief and subsequent rehabilitation of flood-affected people have been accelerated at all levels, there still needs much to protect flood victims from water borne diseases and ensure their rehabilitation.

The International Rescue Committee (IRC) was the first among other international organizations who had launched an emergency response in early July. The IRC response has so far supported over 300,000 individuals and aims to assist 1.5 million people in the flood affected districts in Sindh, Balochistan, Khyber Pakhtunkhwa and Punjab.

An Early Needs Identification (ENI) assessments carried out by IRC and its partners indicate that the immediate reported needs by communities are of cash assistance, food items, and protection and health services.

“Currently, IRC is directing its efforts in 16 districts of Sindh, Balochistan, Khyber Pakhtunkhwa and Punjab. The ambit of our protection services is further supplemented by provision of integrated services of multipurpose cash support and psychological social support sessions to individuals, families and communities,” said Shabnam Baloch, Country Director, International Rescue Committee, Pakistan, while sharing details of the IRC’s ongoing and future programming for displaced people. 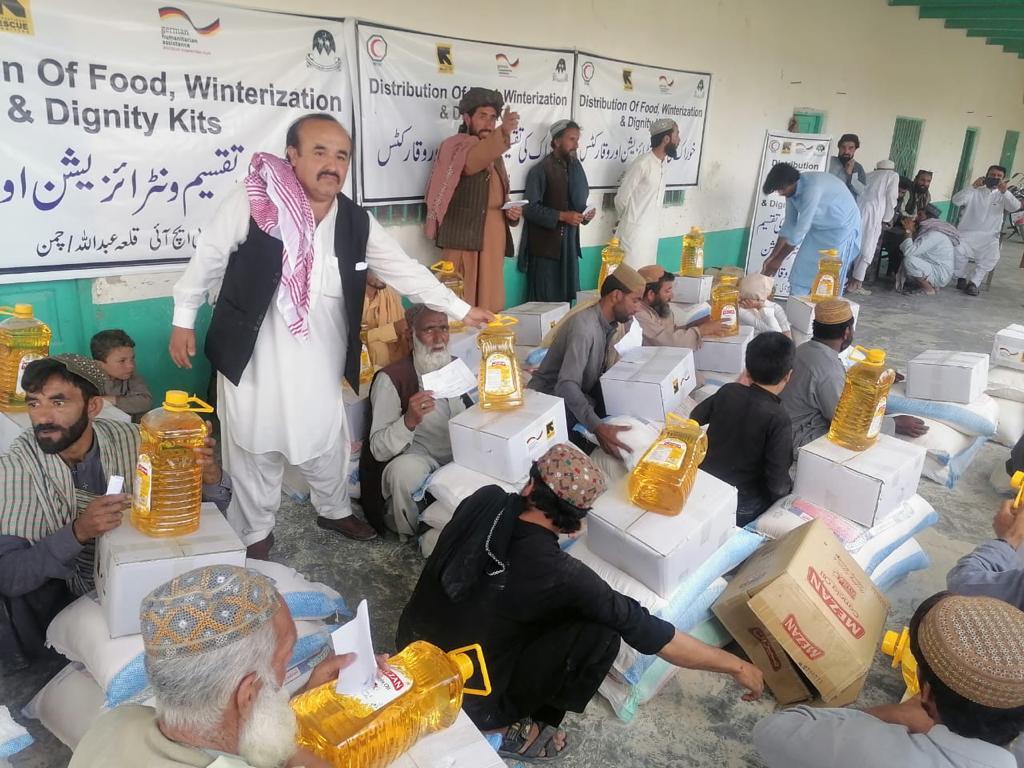 She said that the IRC response has so far supported nearly 300,000 individuals and emphasized that displaced families, and in particular women and girls remain a priority along with groups that have been economically and socially marginalized.

Assessments by UN indicate that Pakistan could see as many as 2.7 million malaria cases in the 32 worst-hit districts by January 2023, and 5.74 million more people are at risk from famine.

The IRC Country Director observed though the flood water levels are receding, yet the woes of those affected are compounding. “Therefore, responding to this colossal calamity is a collective responsibility and we need to step up our combined efforts.”

Shabnam Baloch said that IRC is supporting communities with food rations, household items and dignity kits. In addition to this in the intervention districts, IRC is establishing medical camps, safe spaces and arranging psychological social support sessions along with provision of safe drinking water and sanitation facilitates.

The IRC emergency response program is now being scaled up through a multilateral donors’ base. On ground activities are being supported by 9 local partner organizations.

Nearly 33 million people in Pakistan have been affected by catastrophic floods, the loss of human life has risen to 1,700 people, hundreds of thousands of homes have been damaged, over a million of livestock has perished and millions of acres of crops are ruined.

Pakistan is one of the world’s most climate-vulnerable countries. Today, there is no better example of a nation bearing the brunt of the effects of climate change as the floods at one point submerged one third of the country. However, Pakistan bears little responsibility for the growing climate crisis. Although Pakistan is world’s 5th most populous nation, the country is responsible for just 0.6 % of global carbon emissions. Thus, there is a need to initiate dialogues and discussions both nationally and globally on the discourse of climate change. (PR)