Over 75 years ago there was no existence of Gandhidham – Aadipur Complex in the eastern part of Kutch. When India got independence from claws of the dreadful British rule, towns like Bhuj, Anjar, Nakhatrana, Mandvi, Mundra existed in the then Kutch – a ‘C’ state, but there was no existence of Gandhidham. The formation and development of Gandhidham Complex (Gandhidham – Aadipur – Kandla Port) was done after the independence of India. The United India was divided into two – India and Pakistan in 1947. On the Indian side of the border a new Gandhidham Complex was born in the leading territory of Kutch after bearing the labor pain of the division. 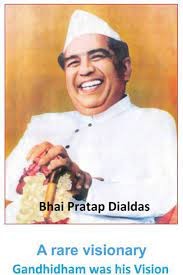 Gandhidham, nicknamed “the economic and industrial town of Kutch”, is taking leaps of growth and development. Its twin town Aadipur has emerged as the Education hub of Kutch today. Kandla, the mega Port of Kutch is also developing such that it’s recognized as the top port in Asia in traffic handling, and persistently climbing the ladders of progress. The twin towns of Aadipur – Gandhidham are developed on the deserted and barren land between the historical town Anjar and the then very minor but waiting for development, the port of Kandla. This land was a jungle of wild plants, animals, snakes and scorpions. On such land a multi-cultural, mini-India like Gandhidham Complex was constructed which can easily beat any metropolis. The horizon of its growth keeps expanding, and its growth is spontaneous. Its geographical location, the hardworking and enterprising merchants and industrialists of Gandhidham have played more role in its growth rather than any political leaders, besides its structure is very modern and beautiful. Gandhidham has mainly developed as a business and industrial hub, while Aadipur is an education hub, almost like a miniature University, it just remains to be named as Tolani University. In present times Gandhidham has become a taluka in which about ten nearby villages are also included. Eastern Kutch has a separate Police Headquarters located in Gandhidham. A number of government offices are functioning in Gandhidham for the welfare of people. In fact, it is so developed that the Kutch District can be divided in two parts and Gandhidham can also be renamed as East Kutch District, and Gandhidham deserves that honor. At times it has to face injustice only because of lack of able political leadership. 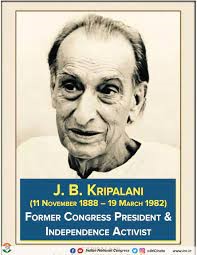 This town has rail and road connectivity with many cities and towns of India, apart from air connectivity through Kandla airport. The foundation stone laying ceremony was performed on 12-02-1948 by Late Shri Bhai Pratapray and Acharya J.B. Kripalani. Pratap Moolchand Dialdas, later lovingly known as “Bhai” or “Bhai Pratap Dialdas” was born on 14th April, 1908 in Hyderabad, Sindh.  A body called Sindhu Resettlement Corporation (SRC) was established for the town development. Kandla Port is also developed along with the formation and development of Gandhidham – Aadipur Complex. Bhai Pratapray with the help of the government started the construction of this Complex for the settlement of the migrated Sindhis from Sindh and other places, as a result of division of the United India. At that time there was a question of livelihood and education of the people settled here. Therefore, Bhai Pratapray ran around and used his political influence to get the Kandla Port developed first, and then became instrumental in the creation and development of the “Kandla Free Trade Zone”.

As such beginning of higher education started in Bhuj but Aadipur established itself as an educational hub of Kutch as a result of the educational efforts by Kaka Pribhdas Tolani with the help of Dada Dukhayal and Prof. Hari Daryani since 1966. Here colleges are established on huge land of 43 acres covering Disciplinary Science, Management, Commerce, Pharmacy, Engineering Diploma, Laws Statute, Home Science, Nursing, and B.Ed. Elite services of a number of former MPs (Member of Parliament), distinguished Artists, Educationalists, state & national award winner teachers, winners of pride award Sahitya (Literature) Academy, Millennium awardee Literary Writers have been inscribed on the stratch of sands of history. The population of Gandhidham – Aadipur Complex was recorded as 2, 47, 992 as per the 2011 census which has crossed figure of three lacs (3, 00, 000) as on today. Out of these the population of Sindhi people is 75,000 and literary writers is as good as 50. Erstwhile name of Gandhinagar was “Sardar Ganj” because the then Home Minister Sardar Vallabhbhai Patel had taken the decision of formation of the twin towns for the settlement of the refugees (displaced from Pakistan) who came after the division, on unproductive spare land acquired from the Maharao of Kutch Shri Madan Sinhji. Of course, Mahatma Gandhiji was also eager to see that the people displaced from Sindh-Tharparkar are settled in a specific place where they can earn their livelihood, get education, be close to their native so that the climate, atmosphere, and environment is almost the same. Therefore, the land of Kutch was chosen, and particularly this land about 10-12 km from Kandla and Tuna seashore in the eastern Kutch. And it was decided to name the twin towns as Sardar Ganj and Aadipur.

There’s an interesting chain of events leading it to be renamed as Gandhidham later. When the construction was almost complete, Bhai Pratap Dialdas and other dignitaries of the SRC (Sindhu Resettlement Corporation) sent a telegram to Gandhiji on 30th January 1950 inviting him for the launching and inaugural ceremony to be held in February. Gandhiji, on reading the telegram instructed his personal secretary not to schedule any other engagements on that day and he promptly conveyed his willingness to attend the ceremony to the office bearers of the SRC. Unfortunately, Gandhiji was assassinated on the same evening. Though he could not be present physically, a one of his Asthi Kalash (pot with ashes) was sent to the twin towns to respect his wish. It was installed in Aadipur as “Gandhi Samadhi”, which is second such place after the famous “Rajghat” in New Delhi where the last remains of Gandhiji are immersed. Thereafter, Sardar Vallabhbhai Patel sent a proposal to the SRC to rename Sardar Ganj to name after Gandhiji, and this is how “Gandhidham” name came into existence.

Translation of an article named “Kafiet – e – Kutch (Part – I)” published on 5th November 2022 in “The Mumbai Samachar”, a Gujarati daily newspaper, published from Mumbai. 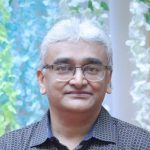 Vimal Shah, based in Mumbai, India is follower of Jainism by birth. He is Computer Engineer and holds Diploma in Jainology from Mumbai University. He is studying various subjects of Jainism. Vimal Shah has exclusively translated this article for Sindh Courier.