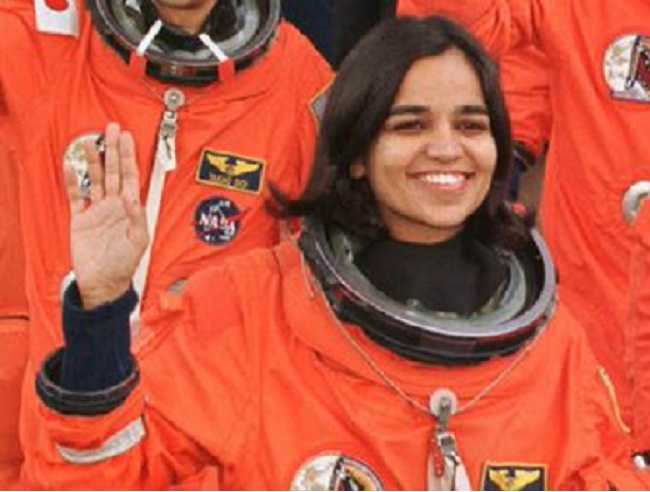 Kalpana Chawla, remembered as the ‘Citizen of Galaxies’, was an astronaut and space shuttle mission specialist of Columbia, born in Karnal, Haryana, India on July 1, 1961 to a Sindhi family.

“When you look at the stars and the galaxy, you feel that you are not just from any particular piece of land, but from the solar system.” -Kalpana Chawla

Kalpana Chawla, remembered as the ‘Citizen of Galaxies’, was an astronaut and space shuttle mission specialist of Columbia, born in Karnal, Haryana, India on July 1, 1961 to a Sindhi family – Banarasi Lal Chawla and Sanjyothi. Kalpana Chawla was an Indian-American astronaut with NASA. She was one of seven crew members killed in the Space Shuttle Columbia disaster.

Kalpana Chawla’s father was originally from Sindh but was settled in Multan from where he migrated to Haryana, India due to partition. Having no source of livelihood, Banarasi Lal worked as street vender but due to hard work he at last succeeded to rise by introducing tyre technology. 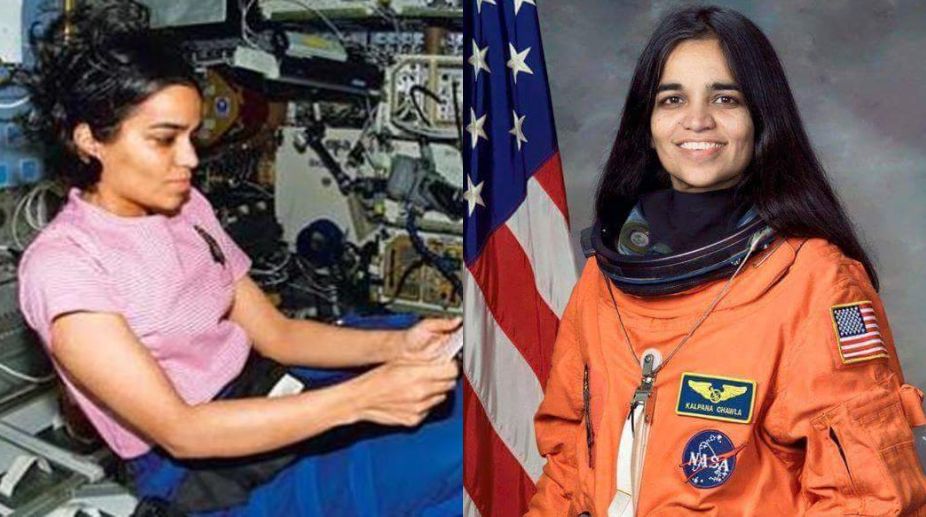 Kalpana Chawla was born on 17 March 1962, in Karnal of present-day Haryana, India, but her official date of birth was altered to 1 July 1961, to allow her to become eligible for the matriculation exam. Her parents called her with nickname ‘Monto’ at home. As a child, she was fascinated by aeroplanes and flying. She went to local flying clubs and watched planes with her father. After getting a Bachelor of Engineering degree in Aeronautical Engineering from Punjab Engineering College, India, she moved to the United States in 1982 and obtained a Master of Science degree in Aerospace Engineering from the University of Texas at Arlington in 1984. Chawla went on to earn a second Masters in 1986 and a PhD in aerospace engineering in 1988 from the University of Colorado Boulder.

In 1988, she began working at NASA Ames Research Center, where she did computational fluid dynamics (CFD) research on vertical and/or short take-off and landing concepts. Much of Chawla’s research is included in technical journals and conference papers. In 1993, she joined Overset Methods, Inc. as Vice President and Research Scientist specializing in simulation of moving multiple body problems. Chawla held a Certificated Flight Instructor rating for airplanes, gliders and Commercial Pilot licenses for single and multi-engine airplanes, seaplanes and gliders. After becoming a naturalized U.S. citizen in April 1991, Chawla applied for the NASA Astronaut Corps. She joined the corps in March 1995 and was selected for her first flight in 1996. 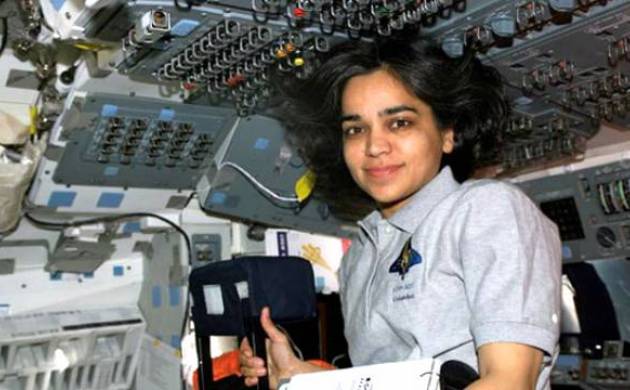 Her first space mission began on 19 November 1997, as part of the six-astronaut crew that flew the Space Shuttle Columbia flight STS-87. Chawla was the first Indian woman to fly in space. She spoke the following words while traveling in the weightlessness of space, “You are just your intelligence.” On her first mission, Chawla traveled over 10.4 million miles (16737177.6 km) in 252 orbits of the earth, logging more than 372 hours (15 days and 12 hours) in space.

In 2001, Chawla was selected for her second flight as part of the crew of STS-107. This mission was repeatedly delayed due to scheduling conflicts and technical problems such as the July 2002 discovery of cracks in the shuttle engine flow liners. On 16 January 2003, Chawla finally returned to space aboard Space Shuttle Columbia on the ill-fated STS-107 mission. The crew performed nearly 80 experiments studying Earth and space science, advanced technology development, and astronaut health and safety. During the launch of STS-107, Columbia’s 28th mission, a piece of foam insulation broke off from the Space Shuttle external tank and struck the left-wing of the orbiter. Previous shuttle launches had seen minor damage from foam shedding, but some engineers suspected that the damage to Columbia was more serious. NASA managers limited the investigation, reasoning that the crew could not have fixed the problem if it had been confirmed. When Columbia re-entered the atmosphere of Earth, the damage allowed hot atmospheric gases to penetrate and destroy the internal wing structure, which caused the spacecraft to become unstable and break apart. After the disaster, Space Shuttle flight operations were suspended for more than two years, similar to the aftermath of the Challenger disaster. Construction of the International Space Station (ISS) was put on hold; the station relied entirely on the Russian Roscosmos State Corporation for resupply for 29 months until Shuttle flights resumed with STS-114 and 41 months for crew rotation.

Chawla died on 1 February 2003, in the Space Shuttle Columbia disaster, along with the other six crew members, when the Columbia disintegrated over Texas during re-entry into the Earth’s atmosphere, shortly before it was scheduled to conclude its 28th mission, STS-107. Her remains were identified along with those of the rest of the crew members and were cremated and scattered at Zion National Park in Utah in accordance with her wishes.

Kalpana Chawla died a hero and a role-model for many young women, particularly those in her hometown of Karnal where she periodically returned to encourage young girls to follow in her footsteps. 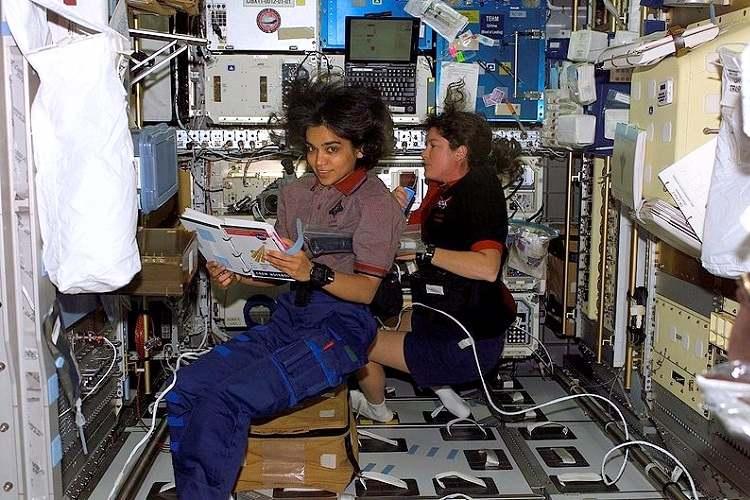 She got married to Jean-Pierre Harrison in 1983, who was a flying instructor and an aviation author. For that reason it cam be termed as ‘Love in the Air’. Kalpana liked poetry, dancing, cycling and running. She also used to take part at sports events and was invariably first in all the races. She often played badminton and dodge ball with boys.

Kalpana Chawla was posthumously awarded the Congressional Space Medal of Honor, and several streets, universities, and institutions have been named in her honor. She is regarded as a national hero in India. Former US President Trump also called Kalpana as ‘American Hero’ in 2018.

“The path from dreams to success does exist. May you have the vision to find it, the courage to get on to it, and the perseverance to follow it” Kalpana Chawla, the first Indian woman to visit space, had once said.

It’s time, to wake up, my friends! 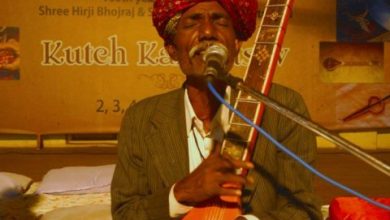 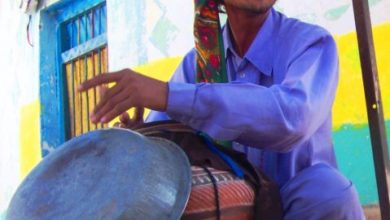 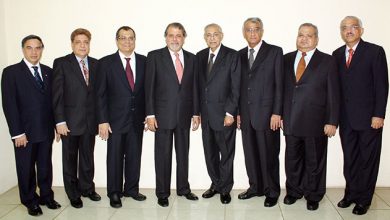