People are stereotyped and discriminated against purely because they are poor. This is frankly sickening and a stain on our society.

Although the global cost-of-living crisis will be an obstacle to eradicating poverty by 2030, countries can still make significant progress towards this Sustainable Development Goal (SDG), UN-appointed human rights expert Olivier de Schutter has said.

He believes the world also can move forward in stamping out negative attitudes towards the millions of people worldwide who are struggling just to get by.

“People are stereotyped and discriminated against purely because they are poor. This is frankly sickening and a stain on our society,” he told the General Assembly recently.

The Special Rapporteur on extreme poverty and human rights was in New York to present his latest report, which focuses on this issue.

When poor people talk about their lives, they mention things like their low incomes, or being unable to find decent work, said Mr. De Schutter, who spoke to UN News just prior to addressing Member States.

However, other issues also surface in these conversations, he said, such as humiliation and exclusion, or being treated badly solely because of their socio-economic status, including when interacting with public and private institutions.

For example, people applying for social benefits have reported being treated with suspicion and disdain. As a result, mountains of money are going unclaimed.

“Being poor is not simply having insufficient income to buy the goods and services that allow you to lead a decent life. It is also being stigmatized. It is being looked down upon. It is being discriminated against in access to employment, housing, healthcare and education,” he said.

His report calls for banning ‘povertyism’ – the word used to describe harmful attitudes and behaviors towards poor people.

“For many years we have recognized that racism, sexism, trans or homophobia, should be outlawed, should be prohibited in legislation, because they have no place in our world,” he said.

The report argues that poverty will not be eradicated so long as povertyism persists, and Mr. De Schutter urged governments to review their anti-discrimination laws to better protect people.

The Special Rapporteur also has recommended that authorities should abandon a “charity” approach to eradicating poverty and instead focus on one that upholds human rights and supports empowerment.

“As long as we remain in an approach to tackling poverty that is based on charity from the State, and as long as we don’t recognize that States have duties towards people in poverty who themselves are rights holders, then we will fail to effectively address poverty,” he said.

“Poverty should be seen as a violation of human rights, and people in poverty should have access to recourse mechanisms if they are excluded from housing, from education, from access to jobs on a nondiscriminatory basis, or indeed from social protection. And in many countries, this is difficult or even impossible to achieve.”

The international community can also do more to eliminate poverty and promote social justice by supporting low-income countries, home to some 711 million people.

It will cost around $79 billion annually for these nations to establish social protection programs, according to estimates by the International Labor Organization (ILO).

To finance these schemes, Mr. De Schutter and the ILO propose the creation of a Global Fund for Social Protection.

Countries that pledge to cover their citizens – “from birth to death, from child allowances and maternity benefits to old age pension, and including unemployment benefits, sickness benefits and so on” – should be able to access this support, he said.

Governments would also have to commit to mobilize domestic resources as well.

“And combined, international support and the mobilization of domestic resources should allow these countries to implement Sustainable Development Goal one: the eradication of poverty, one of the targets of which is…about the universalization of social protection floors.”

Asked if the SDG will be achieved by the 2030 deadline, Mr. De Schutter admitted that “there is little room for being optimistic” in the face of the global food and energy crisis sparked by Russia’s invasion of Ukraine.

Furthermore, estimates indicate that the number of people living in extreme poverty will rise by 95 million as a result of the COVID-19 pandemic.

But these crises also represent “a unique opportunity for countries to realize that there are many gaps in their social protection systems”, according to the human rights expert.

He was impressed that many countries have adopted social protection measures, expanded existing ones, or implemented new schemes since the pandemic.

“I believe this is an opportunity that can be seized if we provide the right funding, if we adopt a rights-based approach to social protection, providing people with entitlements they may claim, and ensuring that governments feel that they have duties towards people in poverty.

“Yes, we can significantly reduce poverty, if not eradicate it by 2030, at least make significant progress towards this objective”.

France’s 1905 Law of Separation of Church and State 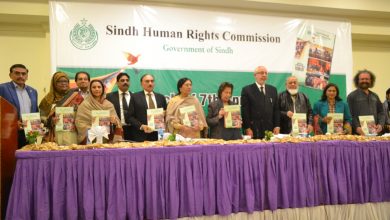 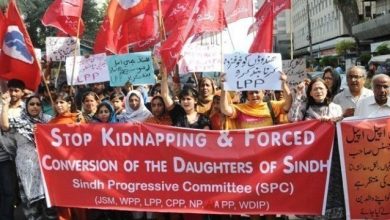 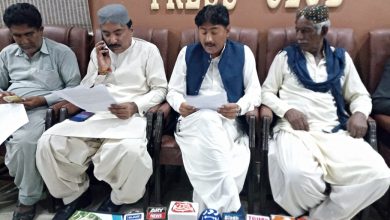 Peasants and rural workers facing challenges after floods in Sindh