Can’t Forget My Loved Ones

My mom tells me that when I was only twenty-one days old, a servant in our house had made a plan to kidnap me. On the pretext of taking me out, he had run towards the station with me. But, fortunately, the plan did not succeed. One can also say that the luck was on my side and my father and my mother were saved of the lifelong torture of sting of separation. After the train departed, the young servant took shelter under a bullock cart to hide him under the dry straw. That too was not successful. In the meantime, the entire village was agog with shouts of assistants of my grandfather. My mother was inconsolably hysterical with tears flowing down her cheeks. The entire neighborhood came there and started searching for the culprit.

My father, as a political worker, had good connections all around. Where ever he went people used to greet him with Salam or Ram-Ram.  But, this time it was different. There was no need for greetings. The entire village joined in to search the culprit. Ultimately the clerk of my grandfather succeeded in apprehending the person. He crept under the bullock cart and dragged him out of the dry straw. I was crying at the top of my voice. The servant who dared to kidnap me was thrashed severely by my father. My grandfather continued showering choicest of abuses upon him. The village people dragged the miscreant from the station to our house. My mother, without covering her face, as it was a custom in those days, caught hold of him by his hair. At that time my mother became the ferocious incarnation of Mother Goddess. The scoundrel servant started begging for mercy and said that he did not have any intention of kidnapping the child. He said that in fact, he wanted to go to his home in another village nearby.

With so much of begging for mercy my father and mother relented at last and told him to get lost forever. On the other hand, my grandfather, amidst abuses, bid them not let him go at any cost. He started beating him with his walking stick. At the insistence of all, ultimately he was let go.

My mother has narrated this story to me several times. My mind gets flooded with strange thoughts and my eyes see several sights. Sometimes I think that I might have become a beggar, or I might have become a labor carrying mud and bricks upon my head to construct walls, or I could have been sold to gypsies. Sometimes a thought comes that I might have been brought up as an adopted child of a wealthy issueless couple. I also think that I might have been brought up in a poor family doing daily household chores. A picture emerges that I could have been a dancer in a red-light area, with shimmering ornaments and garish dresses. Imagining all this I get frightened, my heart started palpitating, sweat drops glisters upon my forehead and with a sigh, I offer my gratitude to the God Almighty for being what I am today. Mother says “Had you been kidnapped, we would not have been attached to you so much. We wouldn’t have known your whereabouts. We would have accepted it as our destiny and got involved in the day to day chores.”

I get frightened, imagining where I would have been and in what situation; it shakes me up completely. At the same time, I consider me to be lucky. I bow my head in reverence to my God, saying thanks millions of times. In all the humility I offer my salutations. The kidnapping incidence in my childhood has affected my way of thinking in such a way that I cannot tolerate any bad words used against a woman. I am proud of purity and chasteness, which are my treasured possessions; and strive hard to maintain it. This thinking has left a huge impression on my mind. If anyone tries to erase these thoughts, he will be unsuccessful and will face defeat. Like Alexander the Great, he will be facing the defeat against time and destiny. He will be slapped by the stormy winds and faint upon the shore. He will be like a leaf flying directionless in the tornado.

I may say that after that incidence, I got a new life. I have become fearless, bold and I have developed a personality which is independent and self-reliant. Whenever I find myself in a situation of fear and worry, I try to encourage myself like a character in a drama. Before the climax, when the hero is about to break, then I gear myself up with a renewed energy and fight like a man. I don’t think that I am a weak woman, but, I challenge the opposite sex for a fight. Now, this new character has started influencing my personality. Because of this change my father and my mother said with a laugh “You should not have been a girl, you should have been a boy.” Such words from my parents strengthen my personality.

A few days back, I had to go somewhere in the evening. It was about half-past seven. Sun had gone down and the birds had started flying back to their nests. Tired people were returning from their work. I had to pass that road where there was not much traffic. The place was desolate with a few huts around. There wasn’t any light either. I was walking, not like a delicate damsel; but I was walking like an elephant, with a swinging head, in a tomboyish manner. My walk was interrupted. Suddenly I saw a girl. I could sense the insecurity in that girl. I wanted to know the reason. It did not take me much time to understand. Some boys were following that girl with lecherous eyes, and with an ulterior motive. I was walking behind the boys. The girl appeared to me like a goat in front of a butcher. Though I was unable to see her face; but I could very well understand her plight. A storm started raging within me. I made up my mind to attack. Probably this feeling emerged because a woman wanted to help a woman. I challenged the miscreants. They were three well-built boys. They looked back at me. Three ruffians got alarmed. I could not control myself after seeing a girl being attacked. I started charging towards them. Suddenly I realized that I was a fragile and weak woman and against me, there were three powerful men. I felt weak suddenly and started applying my mind. When I tried to balance myself against three ruffians, I found that the balance of the weighting scale tilting towards them. I suddenly started running like a deer and started shouting “Thief … thief … thief”. That girl looking at me also started shouting “Thief … thief … thief”. Hearing shrieks of two girls, people from nearby huts poured out. They also started shouting “Thief … thief … thief”. The people caught hold of the three boys who were rapists and a blot upon the face of society. That girl, avoiding the crowd, turned towards her house and went away quietly. I became a statue for a short while. At that time, there was neither sense of uneasiness, nor was there any fear, nor anger, nor was the happiness for the victory. There was just silence all around me. I remembered the word “society”. Without the cooperation of society and neighborhood, a lonely person can’t do a thing. Unity is strength. Everything can be achieved with the help of society. All around me there was the noise of “Thief … thief … thief … don’t let them go …” I kept walking. No one knew who the thieves were and who were being plundered. But, the thieves were caught before they could fullfil their nefarious desires. 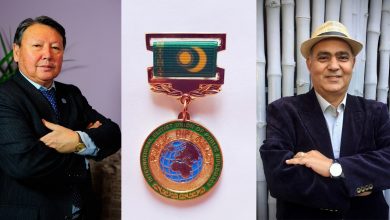 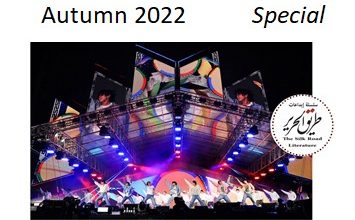 The Silk Road Literature Launches its Magazine in Korea On Tagore’s Trails in America 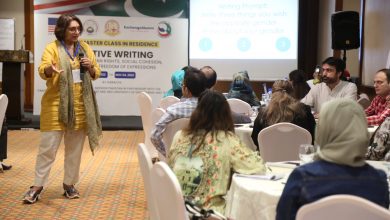