In many ways, Multani Hindus are facing similar identity crisis as Hindu Sindhis as they are often categorized under the broader gamut of Punjabis whereas many of them would love to be known as they are – which is Multanis.

Continue chirping and raising your voice).

During my visit to London, on one of the days, while returning from a client visit my manager and I decided to book an Uber ride from the suburban town of Richmond in South West London to our service apartment near Aldgate station. Our driver was a chatty Pakistani gentlemen with whom we started a conversation regarding the India-Pakistan cricket match at Manchester that was due to take place next day. The conversation then became more personal with “bhaisahab” asking us where were we from. He then told us that he was from Multan, which was enough to catch my interest! I have grown up listening about Multanis, who a number of people also lovingly refer to as “Half Sindhis”.

Just 200 meters from where I live, is Nirmal Jugal Sethi Multan DAV School. One of my close friend in school was a boy with “Mehtani” as his family name. Whilst many thought him to be a Sindhi, he is actually a Multani. My cousins are also married in Multani families whose surnames can easily be mistaken to be Sindhi surnames – Pahuja and Rehani respectively.

Multan is one of the largest cities in Pakistan located on the banks of Chenab River in Punjab province. I recently read about Pakistan government considering bifurcating the districts of Multan, Bahawalpur and Dera Ghazi Khan into a new “South Punjab” province. This new province largely consists of “Saraiki” language speakers, a language that consists a number of grammatical similarities with Sindhi language spoken in the Upper Sindh which consists of Jacobabad, Sukkur Shikarpur and Larkana districts. In fact, many believe that the word “Saraiki” comes from Sindhi word “Siro” meaning “up-river, north”. Therefore Saraiki is the language spoken largely in Southern Punjab and Northern Sindh (in the map, Multan/Punjab lies above Sindh). I think it is the similar Language and the related grammatical commonalities that lead many Punjabis to believe Multanis to be related to Sindhis which is not the case. Bhaisahab also told us about the border town of “Sadiqabad” at some distance after which one enters Sindh towns in Mirpur Mathelo and how he misses the wonderful “Sohan Halwa” from Multan. Traveling back with Bhaisahab was a pleasure and I pray to almighty for his long and healthy life.

Whilst on the topic, one of the stories that my mother often tells me is about the close friendship that my maternal grandfather shared with one uncle Mony, who was a Multani. Both my maternal grandfather and uncle Mony were devoted Shiv Bhakts who often used to celebrate Shivratri together. Mony uncle used to run a general store in Khanna market (Lodhi Road) where my grandfather had a typewriter / shorthand training institute by the name of “Modern Commercial College”. Mummy also tells me that there was another Multani gentleman, Mr. Ramesh, who was also close to our family. He used to own a Saree shop in Khanna Market as well. She remembers about Multani language was similar to Sindhi boli and how it was easy as a Sindhi to pick up the “gist” of a Multani conversation.

In many ways, Multani Hindus are facing similar identity crisis as Hindu Sindhis as they are often categorized under the broader gamut of Punjabis whereas many of them would love to be known as they are – which is Multanis. The above lines by Saeen Ahmed Khan Tariq were written to encourage Saraiki masses to speak about the unique identity.

I end with this wonderful adaptation of traditional “Mast Qalander” in Raag Kaafi sung by Mr. Sami Yusuf during his London concert in 2016. Sami was born in Tehran (Iran) to Azerbaijani parents and holds British citizenship. Time magazine calls him as “Islam’s Biggest Rock Star”. I enjoy listening this version as it comes from someone not from Indian sub-continent region and hence brings a refreshing new flavor to this Sufi song sung in praise of Lal Shahbaz Qalander/ Jhoole Lal Sain. Reminds me of a line that I read in Dada Bhaneja’s book, Troubled Pilgrimage: “Raste alug alug hain, thikana to ek hai”! (The paths are different, the destination is the same) 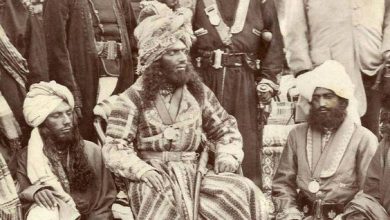 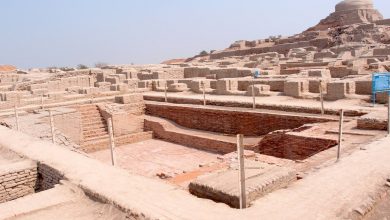