Besides writing research papers, Billimoria also edited the Journal of the Society along with A.B. Advani. This arrangement lasted up until 23rd issue, which was published in February, 1943.

According to the veteran historian Dr. Mubarak Ali, “the modern historiography of Sindh was introduced during the British rule when the Historical Society of Sindh was founded with the purpose of reconstructing the history of Sindh. The Society published a historical journal, which contained well-researched papers, thus contributing immensely to recording the history of Sindh. Sadly, the Society and the journal discontinued after Partition.”

The Sindh Historical Society was established most probably by the end of 1933 by educated elite of Karachi. Its founder President was Dr. Hotchand Moolchand Gurbuxani, who is more renowned for his compilation of Shah Jo Risalo by using modern research methods. The Society used to hold monthly meetings, wherein members of the Society presented their research papers for debate, which later on were published in its Journal. Almost 30 issues of the Journal of Sind Historical Society were published from the year 1934 to Jan 1948, wherein, around 200 essays or other writings on various topics of history of Sindh were published. Out of these, 32 papers have been republished in two anthologies of the selected essays from the Journal. First anthology Sindh Observed was edited by Dr. Mubarak Ali and second one Discovering Sindh’s Past was edited by Michael Bovin, Mathew A. Cook and Julien Levsque. Mr. Mathew A Cook has done us a favour by uploading 25 issues of said Journal on his website.

The Society’s most active office bearer and also prolific contributor in the Journal was Mr. N. M. Billimoria. From the list of contents of all issues of the Journal, I gather that he had contributed more than 35 essays on history of Sindh, whose topics range from early period to modern period. Journal also published extracts pertaining to Sindh from Annual Bibliography of Indian Archaeology, without any byline, which, I understand, were his contributions. His five essays have been republished in the above mentioned two anthologies.

Besides writing research papers, he also edited the Journal along with A.B. Advani. This arrangement lasted up until 23rd issue, which was published in February, 1943. In 24th issue, his co-editor A.D. Advani was replaced by Prof. M.R. Mankad. However, from 25th issue to the last one, the Editorial Committee replaced Editors, but Billimoria remained in the Editorial Committee. 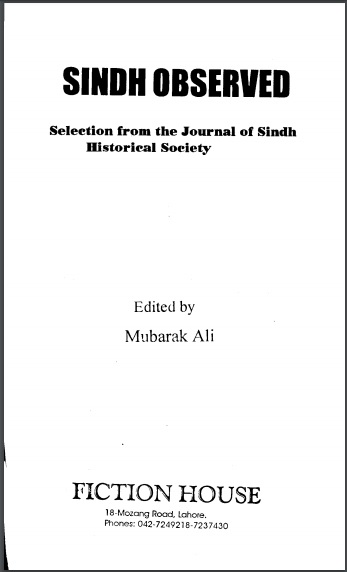 He attended annual sessions of Indian Historical Congress held in various cities of India and also presented there his research papers. He was awarded silver medal by Bhartia Vidya Bhawan on his paper during the year 1943.

From the online search, it is gathered that his two books 1) Bibliography of publications relating to Sind & Baluchistan (Last edition 1980) and 2) The script of Mohenjo Daro and Easter Island (1940) are published.

Famous Sindhi historian and researcher Dr. Dur Mohammad Pathan tells me that Mr. Billimoria was also office bearer of Sindh Natural History Society, which was established on May 31,1927. This Society started its quarterly Journal of Sindh Natural History from 1929, which was edited by N.M. Billimoria. That journal carried articles about nature, flora and fauna of Sindh. He also contributed essays for this Journal, however, extent of his scholarly endeavors in this Journal is not known. According to Dr. Pathan, all issues are available in his Gul Hayat Institute, located in Khair Mohammad Areja Village of District Larkana.

Unfortunately details about personal life and education of such a high caliber historian and archeologist are still in dark. According to Mr. Malah, Billimoria was perhaps a teacher in a Parsi School, and used to live on Marston Road in Karachi.

This write up is written with a hope that someone may come with more details of his life and achievements. List of his contributions in the Journal of Sindh Historical Society is appended for further research etc. 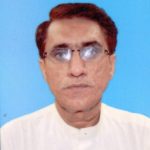 Muhammad Habib Sanai is a writer, researcher, translator and trainer. He lives in Hala Sindh. He can be reached: habibsanai@gmail.com

Waterborne diseases may kill more people than floods in Pakistan 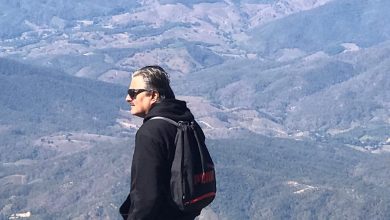