The book brings together revolution’s most ardent theorists and its fiercest critics.

As Mao Zedong put it, a revolution is ‘not a dinner party, or writing an essay, or painting a picture’, but ‘an act of violence by which one class overthrows another’. Lenin would not have disagreed but preferred to extol revolution as ‘the festival of the oppressed and the exploited’. Most people would be likely to recognize something cogent in both descriptions.

In Revolution: An Intellectual History, Enzo Traverso brings together the views of revolution’s most ardent theorists and its fiercest critics. The book is a passionate study of the upheavals that have shaped the world. Traverso interrogates revolutionary theory: its secularization of ancient concepts around sovereignty; its cycle of iconoclasm and consecration of new symbols; the progress of intellectuals between 1848 and 1945; and the nuance between freedom and liberation.

Traverso challenges the conventional wisdom that lumps the revolutionary left and the far right under ‘the same category of totalitarianism’ because of their shared rejection of classical liberalism. For all fascism’s modernist pretensions and revolutionary rhetoric, Traverso considers that it never led ‘any authentic revolution’. Italian fascism and Nazism established totally new social and political orders, but both came to power legally.

Interestingly, Traverso argues that the iconoclastic nature of revolution often ends up serving conservative interests. Revolutionary memory tends towards immaterial symbolism, whereas counter-revolutionary sites of memory, such as the Sacré-Cœur Basilica in Montmartre (built in expiation for the Paris Commune) are much more prominent. In this view, holidays like Bastille Day on 14 July become efforts by the nation state to defuse revolutions and their appeal by ossifying them into national totems.

Nonetheless, the Soviet filmmaker Sergei Eisenstein’s depiction of the storming of the Winter Palace in his 1928 masterpiece, October, is highlighted as an example of where revolution has seared into popular culture. Although the depiction is largely apocryphal, the vision of hordes of people overpowering the bastion of the old regime has become the quintessential image of the Bolshevik seizure of power and of revolutions generally.

The dichotomy between freedom and totalitarianism has, Traverso claims, obfuscated our view of history. The various interpretations of a word like ‘freedom’, for instance, even allowed Mussolini to present it as a synonym of totalitarianism. More pointedly, Traverso draws our attention to the ‘unique twin births’ of classical liberalism and racial slavery at a time when owning property became synonymous with liberty itself.

This was turned on its head when self-liberated African slaves established a sovereign republic through the Haitian Revolution. There can be no freedom without liberation from want – without this, freedom merely becomes a privilege: a concept that was the mainstay of 19th-century liberal thought when democracy was widely abhorred as synonymous with Jacobin ‘Terror and plebeian despotism’.

Any readers looking to make sense of the discord, uncertainty and anxieties of the 21st century will find the book’s insights rewarding. Above all, its author does not seek to romanticize revolutions, acknowledging that they invariably end in defeat despite their ‘intense and jubilant moments’. Nevertheless, the human inclination to emancipation is irrepressible and, as Traverso concludes, revolutions do not arrive by appointment but, instead, ‘always come unexpectedly’. 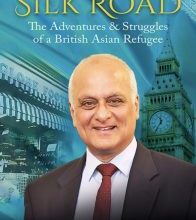