This kind of stories can help us make sense of the feelings and draw strength from the experiences of others. 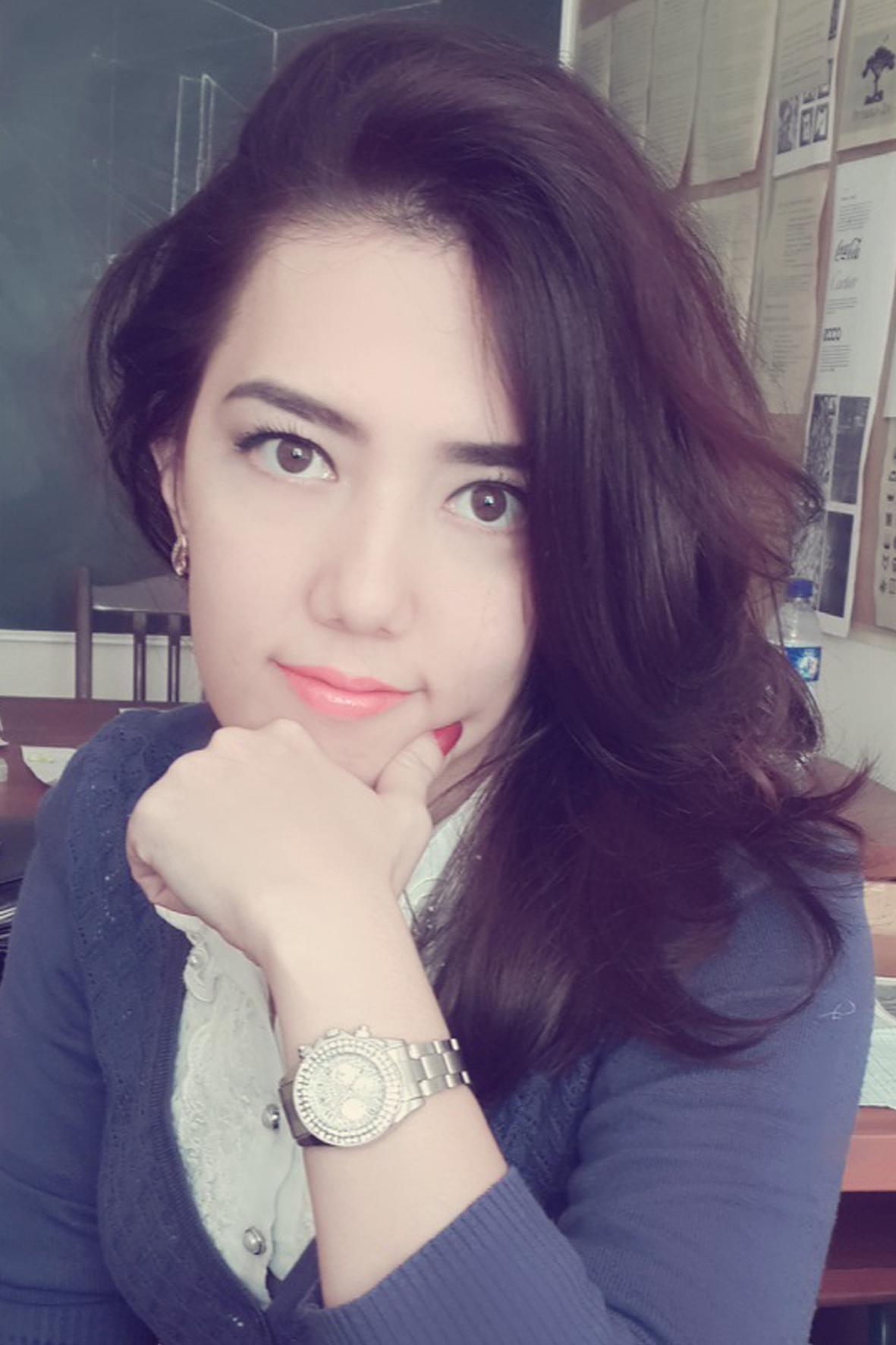 Aunt Halima, hearing the trill of the doorbell, wanted to meet her son as soon as possible, but was in no hurry to get out of bed. Her sister-in-law, Dildora, must be busy preparing dinner, and she had no time to open the door. “She is a daughter-in-law, let her do her duties,” decided the mother-in-law and, closing her eyes, tried not to listen to the voices coming from the corridor.

Dildora, who was busy in the kitchen, heard the incessant trill of the doorbell, noticed that her husband was running out of patience; she looked at the two-year-old daughter Shahzoda playing on the carpet:

— Daughter, sweet, do you hear, dad came home from work! Go to the door and talk to him! Tell him that mom will come right now…

Hearing the word “dad”, Shahzoda, forgetting about her dolls and bunnies, jumped up. Then she stomped along the corridor with small feet with a loud joyful cry:

Standing outside the door, Nodir, hearing the voice of his beloved daughter, removed his hand from the bell button. But for some reason the door did not open and the daughter’s voice kept repeating:

— Well, why don’t you open the door? – asked Nodir, from fatigue, barely holding large bags of groceries. – Daughter, where is your mother?

— Mom prepares pilaf! – chatted a little girl on the other side of the door. – Mom will come now!

— Grandma is sleeping! —The little girl answered quickly, not noticing the displeasure in her father’s voice.

Aunt Halima could hear well the conversations between her son and granddaughter. Yes, of course she could get up and open the door. After all, her son worked all day, and then went to the supermarket and bought food, brought them home. Tired, probably … Oh, son … She turned over restlessly on the other side. She sighed heavily, but … did not get up.

The mother was offended by both her son and daughter-in-law. Her son Nodir used to be very caring. When he came home from work, he talked to mother for a long time, played with my little daughter. And Dildor’s daughter-in-law was affectionate, kind, all the time obeying her mother-in-law.

Suddenly, one day, both the son and the daughter-in-law changed. The son became withdrawn, nervous, often returned from work late, was annoyed, and did not play with his beloved daughter. All the time he sat gloomily in front of the TV or poked at the phone. And Dildora became kind of restless, fussy and silent. Every day when Nodir comes home from work, he leaves all his clothes in the bathroom while Dildora does the laundry. Sometimes the son and daughter-in-law sit in the kitchen for a long time after dinner and talk in an undertone about some kind of virus. But when they see Aunt Halima approaching them, they immediately interrupt the conversation, the daughter-in-law hurries to the kitchen to make tea, and the son again turns to his phone or is silent.

Aunt Halima had a fight with her daughter-in-law this morning. She was going to visit her friend and wanted to take her granddaughter with her. After all, two-year-old Shahzoda is such a mischievous, does not give her mother a minute of peace: she either licks the sulfur from the match head or mother’s favorite face cream, or swallows the paper clips that fell on the floor from the father’s documents. Aunt Halima told her daughter-in-law that she was going to visit her friend and would take her granddaughter with her so that Dildora could calmly go about her business. In response to Dildora gave her mother-in-law a whole lecture about some kind of quarantine, viruses, diseases and people dying in the hospital.

Yes, Aunt Halima was aware that quarantine was declared in the country, but this does not concern her. After all, she is healthy, practically does not get sick. And her friend is healthy, so why not visit her? And yet … why is the daughter-in-law in command here? What is she unhappy with? Because her mother-in-law took care of her and wanted to help? Well, if she doesn’t want to let the child go, let him suffer…

Aunt Halima got angry, without answering her daughter-in-law, went into her room, quickly changed her clothes and was about to leave. When she put on her shoes, the daughter-in-law handed her a medical mask:

Aunt Halima looked at her daughter-in-law with disgust. What else did she think of? Is the daughter-in-law already mocking her mother-in-law? Aunt Halima is not sick, so there is no need for her to wear a mask! She left the house without answering.

Aunt Halima stayed with her friend all day. Together they made dumplings, ate, and then she returned home…

Finally, Dildora closed the lid of the cauldron and went to the door. Although Nodir was losing patience, after talking a little with his beloved daughter, he softened. Therefore, when the door opened and his wife stretched out her hands for the bags, he said wearily:

— Wait … Let’s get an antiseptic first!

Dildora quickly took out a spray bottle of alcohol and started sprinkling it on her husband’s head. Nodir sniffed the air.

— I do not understand?

— It’s alcohol, — the wife explained. — The antiseptic is over, so I poured some alcohol into the spray bottle. Well, what’s the difference after all, alcohol is also an antiseptic?

— Well, okay, come on faster! – Ordered Nodir, pointing his eyes at his daughter.

Shahzoda stood silently near the shoe cabinet, pouting resentfully. She got used to the fact that, after returning from work, dad picked her up in his arms and threw her high, then caught her. At such moments, the girl screamed and laughed loudly. And her mother smiled, and her grandmother. And she was happy. For some reason, dad has stopped doing this lately. Now mom will spray him with a stinking liquid, then dad will rush to the bathroom and wash for a long time. After that he will go to the kitchen, and for some reason he no longer really wants to play with his daughter…

When Nodir left the bathroom, it was evident that his mood had improved slightly. He smiled at his wife, who put a full lagan pilaf on the table and a tomato and cucumber salad. Then he took his daughter, who was silently sitting in the corner, in his arms.

— My sweet! — He exclaimed and kissed his daughter’s round cheeks. — Why is my beauty sulking? — He turned to his wife and winked. — Well, who offended my daughter?! Dildora, have you offended my bunny? Come on, come on, confess!

— So the sun came out! — Nodir remarked with satisfaction as he sat down at the table. Only now he noticed that mom was not there, and looked questioningly at his wife: — And where is mom?

Dildora, shrugging her shoulders, looked at the door of her mother-in-law’s room.

— Mom is sleeping. She visited a friend, returned recently and has not left her room since.

— What? Visited a friend?! — Exclaimed Nodir. — After all, it’s quarantine now! It is forbidden to visit! Every day in the country, at least half a thousand people are infected with coronavirus! The hospitals are filled with sick people, every day several people die from this damn disease. After all, I explained to my mother that you can’t go out, you can’t visit and all the time you have to wear a mask, treat your hands with an antiseptic. Dildora, you’re a doctor yourself, don’t you understand this?!

— Why do you blame me all the time?! — Tired all day from homework and the hassle of having a small child, Dildora cried. — I’m a doctor on maternity leave! Moreover, I am only your mother’s daughter-in-law! I can make my mom stay at home, but my mother-in-law cannot, you know?! If the son cannot explain to his mother the seriousness of the situation, do you think the daughter-in-law can do it?! Your mother walks on the street as much as she wants, does not wear a mask, and when she comes back from the street, she not only does not wash with soap, she does not even treat her hands with an antiseptic.

— Okay … — Nodir kissed his daughter on the chocolate-stained nose, stroked his wife on the shoulder. — Tomorrow I will talk to my mother, as a last resort I will come up with something … — He, looking at his wife, added in an imploring voice. — Let’s eat, the pilaf will cool down. You know, I’m so tired, I can’t speak anymore. There were a lot of patients today. After the appointment, I went to the patients who were at home. Every time I enter a patient’s house, I think: “Is he infected? Will it infect me?” After all, at first this damned disease is difficult to distinguish from a simple cold or flu … You know, I’m not afraid for myself, I just don’t want to endanger you, our daughter and mother!

— You know what? — Nodir looked at his wife for a few seconds then nodded his head to something that only he himself knew. — This is what I think … Just don’t worry, don’t cry and don’t try to persuade me. Tomorrow do the cleaning, wash, pack your daughter’s things and clothes. I’ll take half a day off and take you to your mom’s house. Since my mother does not comply with the quarantine rules, then you and Shahzoda are under great threat. And I don’t want you to get sick with this damn virus. Well, at least your mom lives nearby. After all, we have to go to her on foot, and I still have to return to the clinic.

— What will you do with your mom?

— Don’t worry about my mother, — Nodir replied coldly. — She does not care about her health; let her do what she wants. And I will go to work at the infectious diseases hospital. There are not enough doctors there, and the number of patients is growing day by day. Many doctors and nurses got sick, someone has to replace them. And I cannot sit on the sidelines and calmly watch people die…

Aunt Halima, lying in her room, of course, heard the conversation between her son and daughter-in-law. When Dildora began to complain that her mother-in-law was walking freely down the street, did not wear a mask, and when she returned from a walk, did not wash her hands with soap and do not treat them with an antiseptic, she was very angry!    “That’s what my daughter-in-law is! — She thought. — Look how she slanders me, turns her son against me!”

After Partition, Sindhis Turned Displacement into Determination and Enterprise 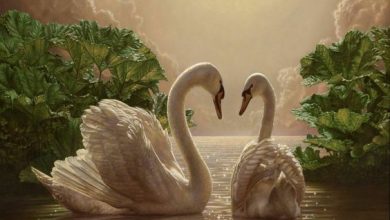 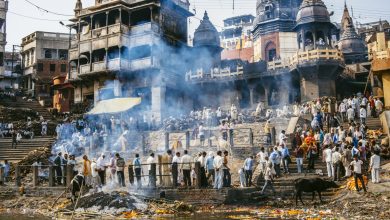 Dying in Varanasi – Poetry from Iran 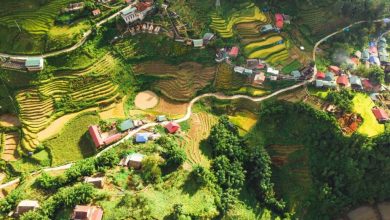 Spring on the mountain – Poetry from Vietnam 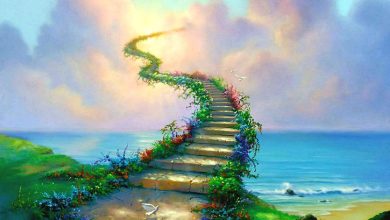