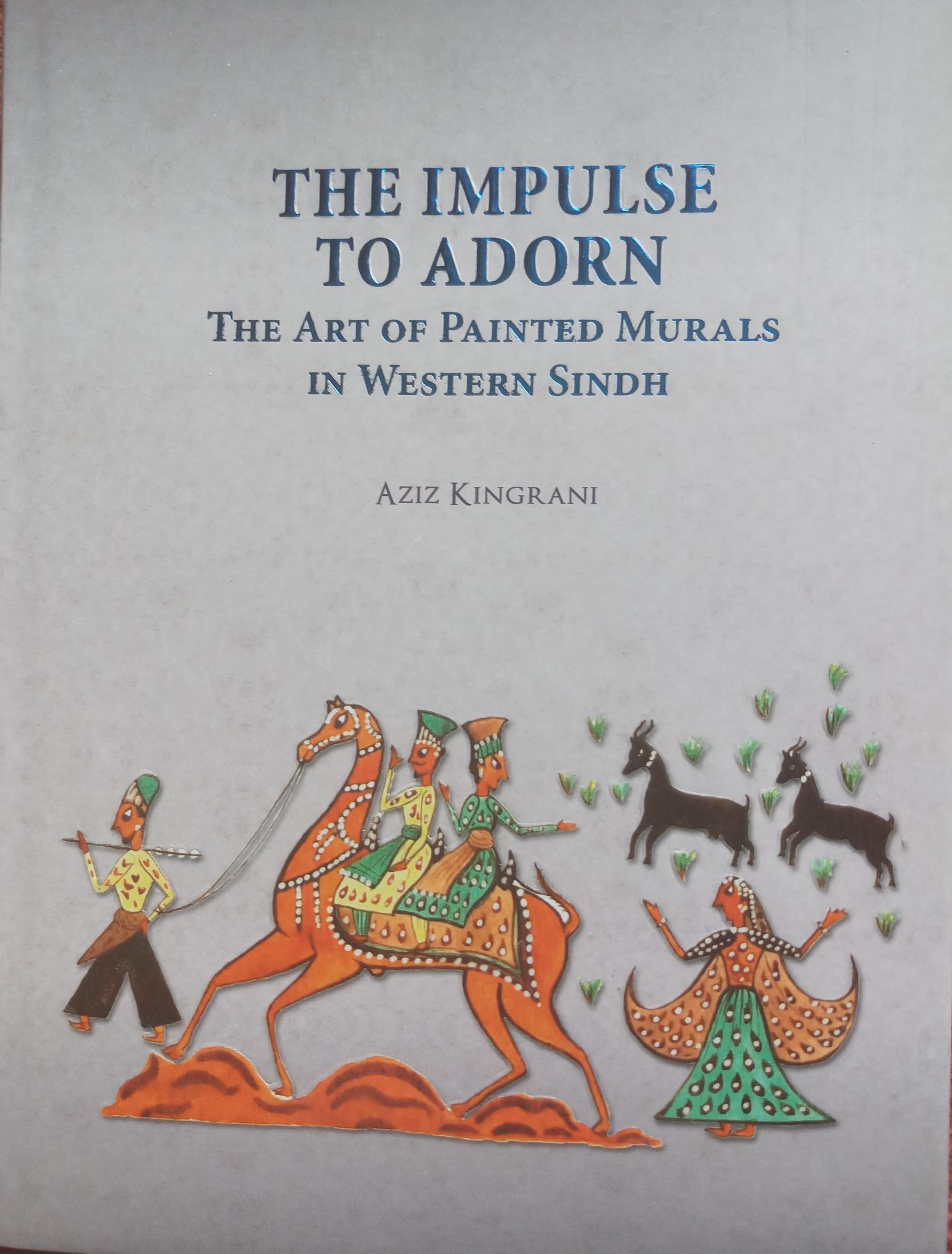 Panting on Walls or ‘Impulse to adorn – The art of the painted murals in western Sindh’ is a recently published book by Mr. Aziz Kingrani, a prolific writer and author of several books

Panting on walls or ‘Impulse to adorn – The art of the painted murals in western Sindh’ is a recently published book by Mr. Aziz Kingrani, a prolific writer and author of several books. Mr. Kingrani’s areas of expertise also include history and archaeology.

The paintings on the wall book has explored, discovered and documented treasure trove of exquisite painting on the walls of tombs, mausoleums, mosques, temples and graves doting length and breadth of Kachho area in western periphery of Dadu District including Qamber Shahdakot District Sindh, called Kaccho.

The author contends that the paintings splashed on the mausoleums and graves are of Sidhyana pattern entrenched in ancient Indus civilization. The art of painting on the walls flourished during Kalhora dynastic rule in Sindh spanning from 1707 to 1883 AD. According to Author the Kalhora were indigenous rulers of Sindh who consolidated their rule by fighting wars of attrition and defense with Mughals and other local contenders of tribes. The Kalhora rule came to an abrupt end with the killing of Talpur Commanders due to conspiracy hatched by Rajo Lekhi, one of the confidential and minister in Kalhora ruling dynasty. Thus with the defeat of Kalhoras, Talpurs’ rule (1782-1843) started which ended with invading by British in 1843.

The art of paintings on walls was pioneered by Yar Muhammad Kalhoro which was continued by Talpur rulers in Sindh. The painting being an ancient and most expressive form was initiated by men in cave. The initial painting might have been used as way of communication. Later, it was carried out for decorative purpose too which also continues till date as we see expensive and elaborative paintings adorning the drawing rooms of rich people.

Apart from exquisitely capturing rare images of painting, the author has done good job by explaining almost each painting with historical background as well as the characters in each painting. 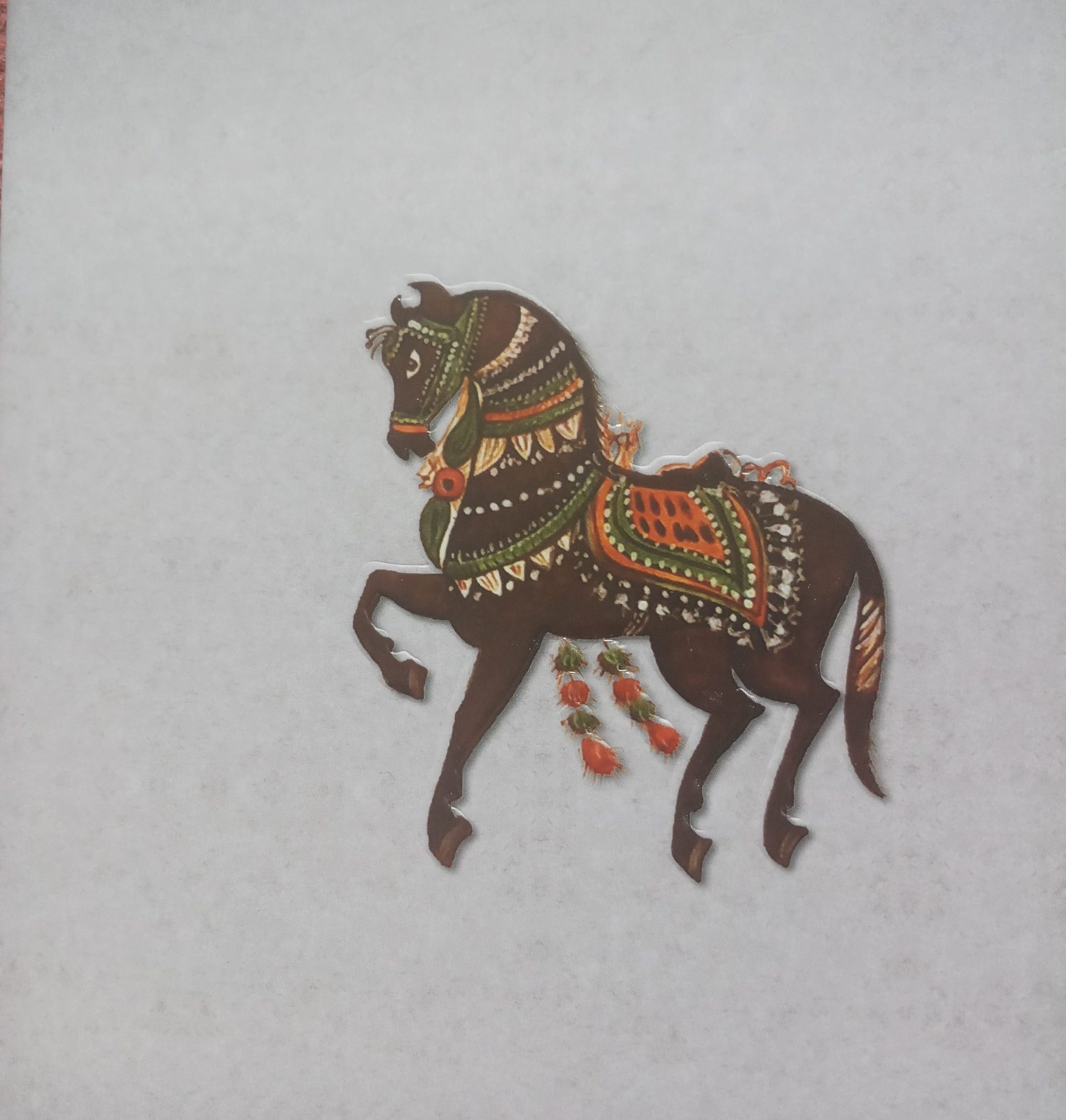 Author has touched important points. He responds to the general belief that in Islam the human and animal paintings/pictures are forbidden but in Kachho area majority of the mausoleums have lot of paintings depicting humans as well as animals.  The writer answers this question by saying that in mausoleum the human and animal images are just for decorative purpose and no human or animal image is found painted in mosques.

Furthermore the book has interesting images and mention of the legends, djinns and witches.

In Sindh, the witches were and still are believed to attack women who have recently given birth and extract their entrails. The writer has briefly given account of precautionary measures taken by superstitious people to ward off the witches by fixing pegs, wrapping legs of cot on which the woman is sleeping, with wool-made ropes and cauterizing heels of attacking witches. The theme-wise pictures include battle scenes, Hindu deities, flora and fauna, old folk culture and folk stories like Laila Majnoo, Umer Marvi and Sasui Puhnoo etc. The author seems having applied painstaking deep research and his own insights to explain most complex and some of the blurred images and characters in themes.

While explaining photos of djinns shown in horrid shape and in animal forms the author writes that they can change their form from one to other including animal forms.

Most of the mausoleums have been damaged by natural disasters like floods, heavy rains and also vandalized by irresponsible local visitors. Some irresponsible local visitors have also tampered with exquisite images by overwriting their names and scratching the part of the images. Furthermore, some misguided superstitious persons have also been digging the graves believing that a gold treasure might be buried inside the grave along with buried persons. The author laments this fact. However besides bringing largely untouched themes of paintings and documenting the vanning art, the author has preserved this treasure trove of the art for present and coming generation. The Endowment Fund Trust for preserving heritage of Sindh also deserves praise for publishing this very fine book. 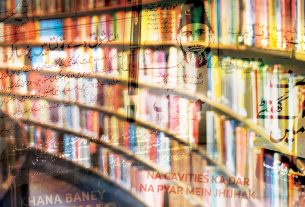 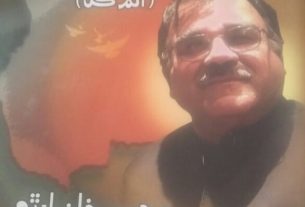 Memoirs of a Person Who Never Laughed at Sufferings

Mithi – Whispers In The Sand – A new book on Tharparkar