As the deadline for sowing wheat is approaching nearer, tens of thousands of farmers fear that the stationary rainwaters would continue to cover their lands for at least another month or so.

Standing on a narrow, battered strip of a road, Zameer Chandio pointed towards a large piece of farmland where he had planned to sow wheat this season, which would have earned him a living for the whole year.

But he certainly won’t be doing that as his cropland has been under waist-deep water for over a month.

A resident of Ali Bux Chandio village, located on the eastern outskirts of Qambar-Shahdadkot district in Pakistan’s Sindh province, Chandio had already lost his ready-to-reap rice crop due to last month’s catastrophic rains and floods that inundated a third of the country.

The narrow strip of the road was the only thing not under water during a miles-long journey towards Chandio’s village as all of the cropland around the area has been covered in 4-6-foot (1-2 meters) deep water since September.

Drenching monsoon spells and apocalyptic floods have killed nearly 1,700 people across Pakistan, mainly in Sindh and Balochistan provinces, the two hardest-hit regions, flattening hundreds of thousands of houses, schools, and hospitals, and wiping out huge swathes of agricultural lands.

During a 161-kilometer (over 100 miles) journey from central Jamshoro and Dadu districts to the northern Larkana district, barely 10% of the cropland could be seen clear of floodwaters.

As the deadline for sowing wheat is approaching nearer, tens of thousands of farmers, including Chandio, fear that the stationary rainwaters would continue to cover their lands for at least another month or so.

The development, agriculturists apprehend, is likely to reduce the wheat production for the coming year by 50% in Sindh, the country’s second-largest food basket after northeastern Punjab province, and southwestern Balochistan province, which makes up 42% of Pakistan in terms of land.

“We are bearing a double impact. On the one hand, we have lost the summer crops due to massive rains and flooding, while on the other, we are unable to sow the winter crops, mainly wheat,” Chandio told.

Agriculture is the main source of income for millions of people in rural Sindh, which produces over 4 million tons of the country’s total 26.8 million tons of wheat annually.

They not only grow wheat to sell out but also use a chunk of the crop for their families. Not being able to grow the crop this season means they have to procure wheat for themselves from the market.

Even if the water is drained out, it won’t be easy yet for most of the farmers to do business as they are running out of cash.

“Most of us don’t have money to procure seeds, fertilizer, fuel, and other necessities, following the destruction of our summer crops,” Chandio maintained.

According to official figures, 38% of Pakistan’s 229 million population is directly employed in the agriculture sector.

Despite being a major wheat producer, Pakistan imports the commodity, particularly from the war-hit Ukraine.

The cash-strapped South Asian country has suffered staggering financial losses amounting to $40 billion, mainly in terms of infrastructure and agriculture. The World Bank fears that the economic backlash inflicted by the super floods might push another 10 million of the country’s roughly 230 million people below the poverty line.

Holding an envelope that contained mustard seeds, Mohammad Younas Leghari, a farmer from Sehwan town of Jamshoro district, feels lucky as rainwater from a portion of his farmland has been drained out.

Leghari bought five kilograms of mustard seeds to sprinkle in his just-dried field, which will take three months to grow.

“I have to find ways to survive another three months as I have spent all (money) I had to procure seeds,” he told before boarding a motorbike-rickshaw to reach his village.

“I am all counting on this investment. For us, it’s a battle for survival,” he said.

Only 50% of cropland cultivatable

With food inflation already going through the roof at around 30%, the recent monsoon spells and floods have destroyed huge amounts of ready-to-reap crops across the South Asian country, causing shortages of staples, vegetables, and fruits in markets and subsequently resulting in soaring prices of essential commodities.

“According to our estimates, only 50% to 60% of the land will be available for crop production this season due to inundation of huge swathes of farmlands,” Mahmood Nawaz Shah, an official of Sindh Abaadgar (farmers) Board, said.

Shah said the government has maintained the previous target for wheat production for the next year, i. e. 26.8 million tons, which is not rational, particularly due to a certain less production in Sindh and Balochistan.

“Our conservative estimates suggest that there will be 40% less wheat production in Sindh alone next year compared to this year,” he observed.

And this does not include the climate change-related damage, mainly the longer summers, which may hit the available croplands in coming months, he maintained.

The relentless rains, he went on to say, have badly damaged cotton, dates, chilies, cauliflower, onions, and other fruits and vegetables in Sindh and Balochistan.

Sindh accounts for 55% of the country’s onion production. Shah said around 90% of the onion crop in Sindh has been destroyed by the rains.

Similarly, he added, cotton and sugarcane crops have also been destroyed by 75% and 30% in the province, respectively.

Dhani Bux Bugti, an official of Balochistan Agriculture Department, told Anadolu Agency that the large portions of farmlands in the four eastern districts – Jafferabad, Jhal Magsi, Naseerabad, and Sohbatpur plus parts of Dera Bugti – which are considered the grain basket of the mineral-rich province are under water.

The department estimates a 50% reduction in Balochistan’s wheat production next year.

Aside from cropland, Bugti observed, the record rains and floods have also destroyed the province’s irrigation system, adding to the farmers’ hardships.

The three main canals, which emanate from the mighty Indus River and feed Balochistan, have been silted up and breached at several portions by the latest floods, he added.

Date producers have also been the worst hit in both Sindh and Balochistan as almost 80% of the crop has been destroyed.

The farmers expected a harvest of about 220,000 tons this year, but the downpours ravaged around 150,000 tons of dates, Mohammad Bashir Arain, chairman of the Date Merchant Association Khairpur, told Anadolu Agency.

Pakistan is the world’s fifth-largest date producer, contributing 11% to global production, with around 130 varieties grown in the country.

Pakistan’s southeastern Khairpur district is one of the largest date-cultivating districts in the world.

Aamir Latif is a senior journalist based in Karachi.

In Myanmar, a monk takes on the junta 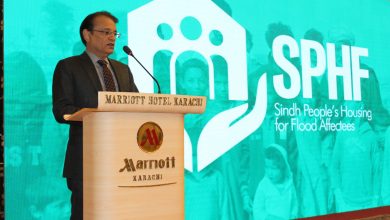 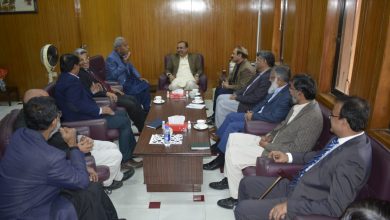