The estimated prevalence of depression as assessed was 42%; about 25% reported positive to the thought of ending one’s life

Karachi: Findings of a research on ‘‏‎Impact of Covid19 on Mental Health’ in Sindh suggest that the pandemic left highly adverse social, psychological and financial effects on the people of the province. 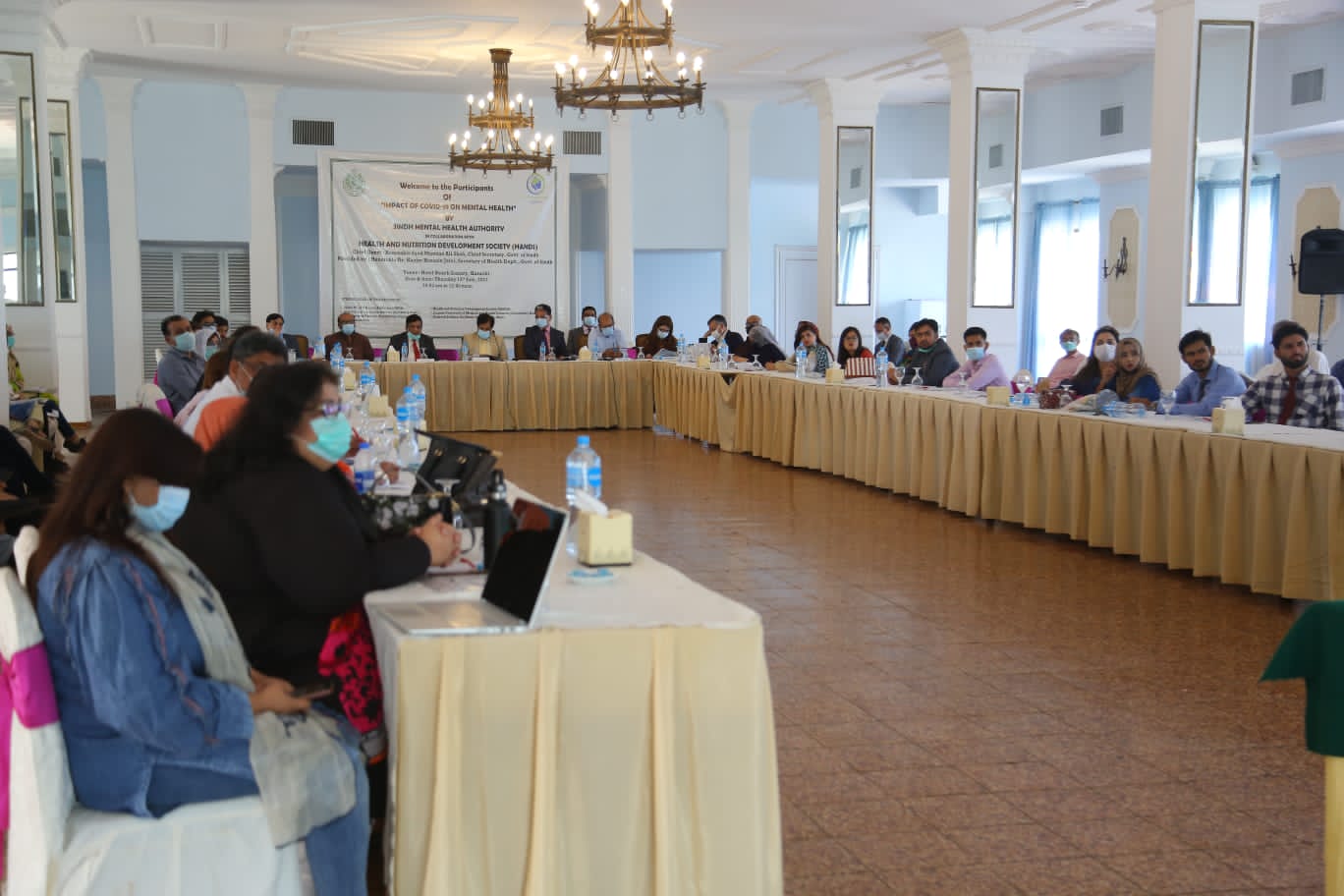 Sindh Mental Health Survey is the first of its kind which assessed the psychological, social and economic impact of COVID-19.

Dr. Karim Khawaja, Chairman, SMHA, while launching the report said that the data was collected from a representative sample of rural and urban Sindh. “Eight focus group discussions were conducted with diverse individual. Total of 1494 individuals were interviewed from the province. Among them 757 were from rural setting, while 737 were from urban areas. About 48% were males while 52% females. The average household members were 7. The average house hold income was Rs.28000/-,” he told. 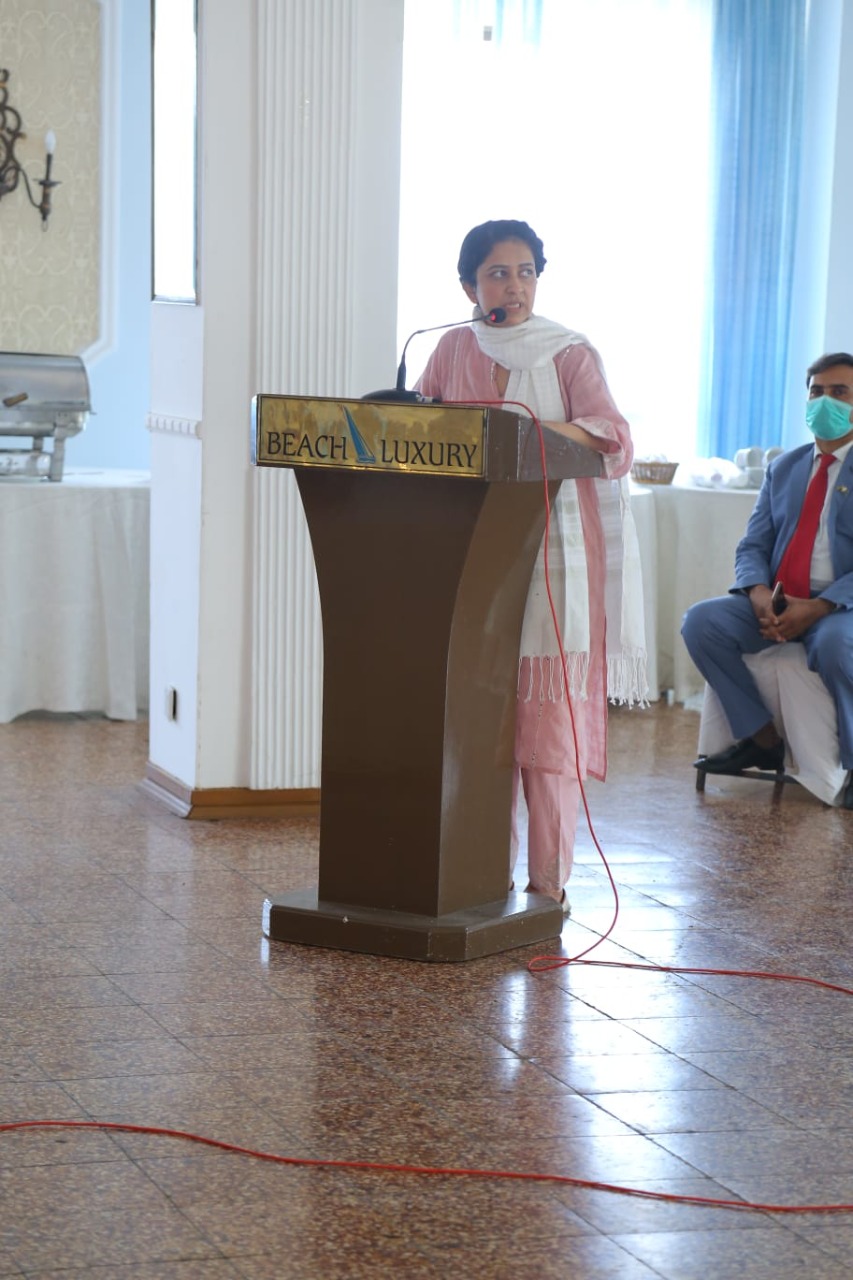 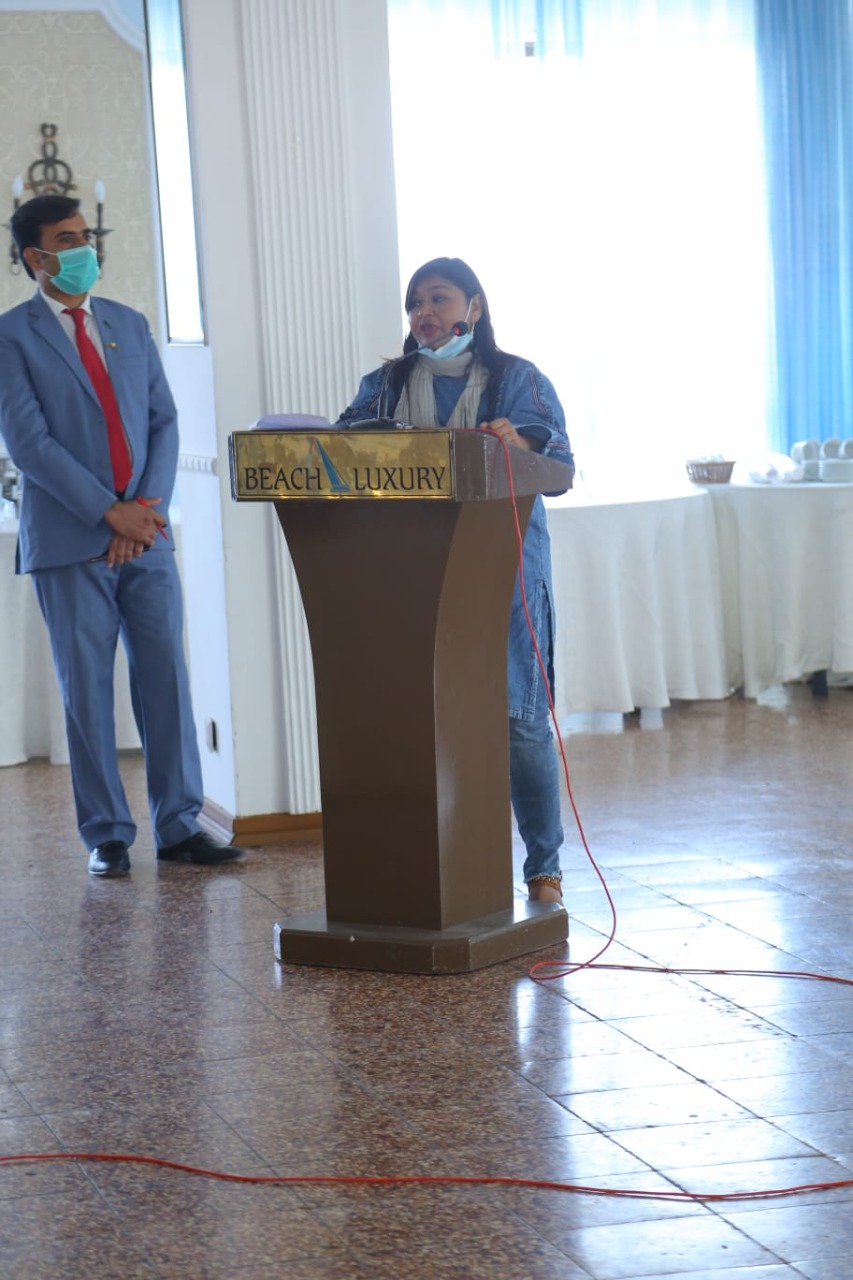 According to report, about 20% individuals reported to be effected by COVID-19. The reported mortality was around 3.8% with vaccination rate of 33% in the overall sample.

The estimated prevalence of depression as assessed on self-reporting questionnaire was 42%. Among the participants 10% reported to have received any psychiatric diagnosis. The overall prevalence of self-reported anxiety was 85%. When assessed on perceived risk of COVID-19, around 87% participants reported that it posed low risk. This perception was more prevalent in rural (91%) then urban setting.

Report revealed that when inquired about the financial constraints, 36% reported borrowing money while 21% reported selling property, possessions or livestock to make ends meet. Around 32% individuals reported that they are able to respond resiliently when change occurs; in terms of having one close relationship to confide in times of stress, 40% individuals reported it to be true, nearly all the time.

The findings of this survey are expected to help design strategies from relevant Government agencies, NGOs’, INGOs’ & concerned stakeholders. The survey was conducted from May to June, 2021 in twelve districts. Six districts were selected purposefully from the rural settings while six from Urban setting. The services of Marvi workers working with the HANDS were used for data collection in rural setting. Six filed sites representing various districts were selected from Karachi and Hyderabad to represent the urban population was collected by Liaquat University of Medical and Health Sciences (Community Health Department) and Karachi University (Psychology Department). 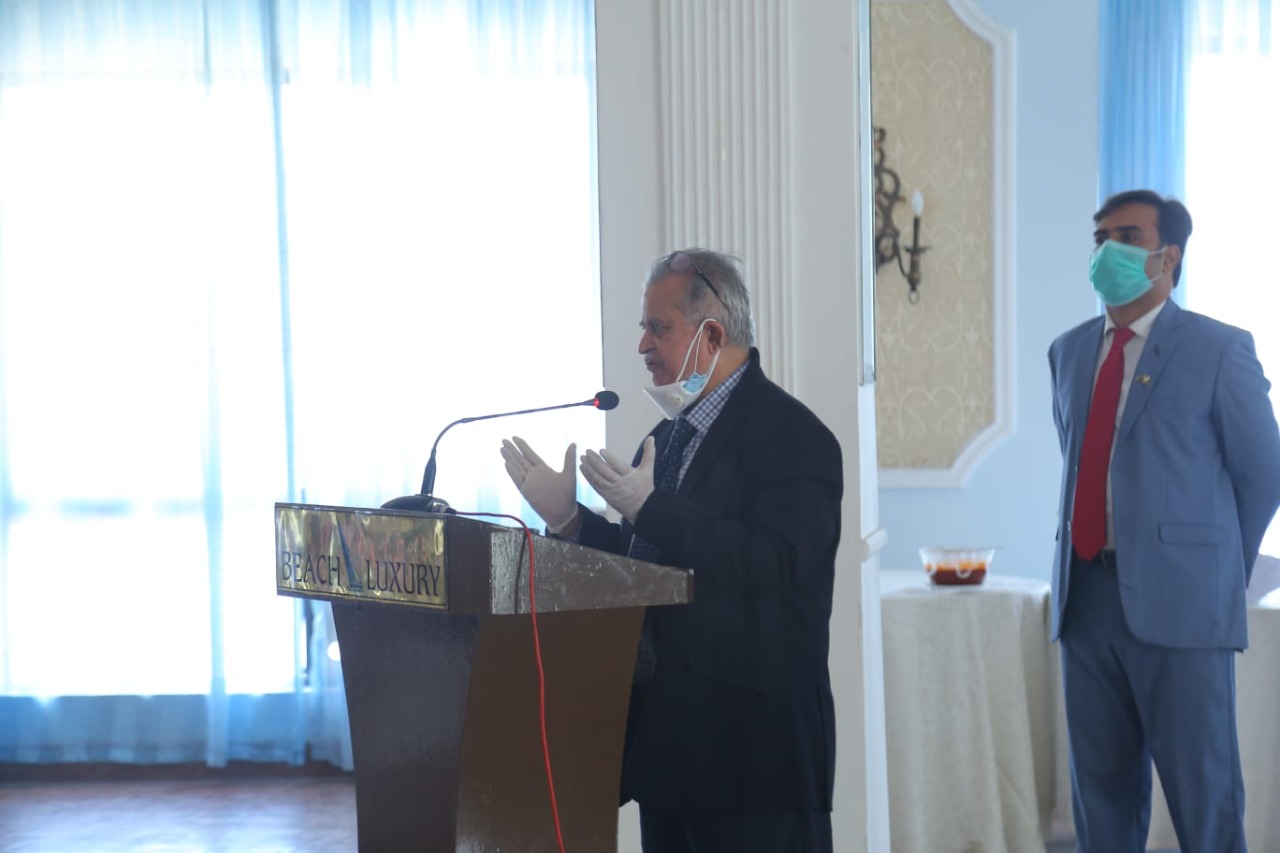 Following are the excerpts of the research report:

When we asked about the economic impact of COVID-19, almost 62% reported being affected one way or another, which was more pronounced in rural (81%) then urban (43%) setting. The participants were asked to rate the loss in terms of ‘major loss of income or earning’ and ‘some loss of income and earning’. When inquired about receiving financial support through EHSAS Program, or some other government agency, about 76% individuals reported no financial assistance. Only 24% responded in affirmation to receiving funds through Government support programs. The amount received was average of Rs.12037.

Food source or security was also threatened with 72% reporting that they don’t have enough money to buy food. In terms of changes in the quality of diet or food intake, 38% reported change in the items of routine food intake during the COVID-19 pandemic. This was roughly double in rural (50%) in rural then urban setting (25%).

Impact of COVID-19 on Mental Health

In order to assess the morbidity related to depression and anxiety, the Self Reporting Questionnaire was administered.

About 25% reported positive to the “THOUGHTS OF ENDING ONE’S LIFE” i.e. suicidal ideations, which is a point of health concern. Among all the participants only 10% were detected to have any psychiatric disorder given the mental health care services. This has implication on treatment delay and worsening of clinical condition.

The research team assessed the perception of risk associated with the COVID-19 pandemic given the repeated waves of virus transmission.

When assessed on perceived risk of COVID-19, around 87% participants reported that it posed low risk. This perception was more prevalent in rural (91%) then urban setting. The general findings suggest poor understanding of risks associated with transmission and infection with COVID-19. The findings make the case for public health education interventions at population level through print and electronic media.

The symptoms of Anxiety were assessed as self-report items. The overall prevalence of anxiety was 85%. It was higher in urban setting (88%) compared to rural (83%).

When inquired about the financial constraints and borrowing of money during the COVID-19 pandemic, about 36% reported borrowing money from others to make ends meet. About 21% reported selling possessions, livestock or property, to make payments when due. About 33% reported difficulties, like being evicted due to not able to pay the rent. In 18% cases spouse or family member started working outside the home to support the household income. 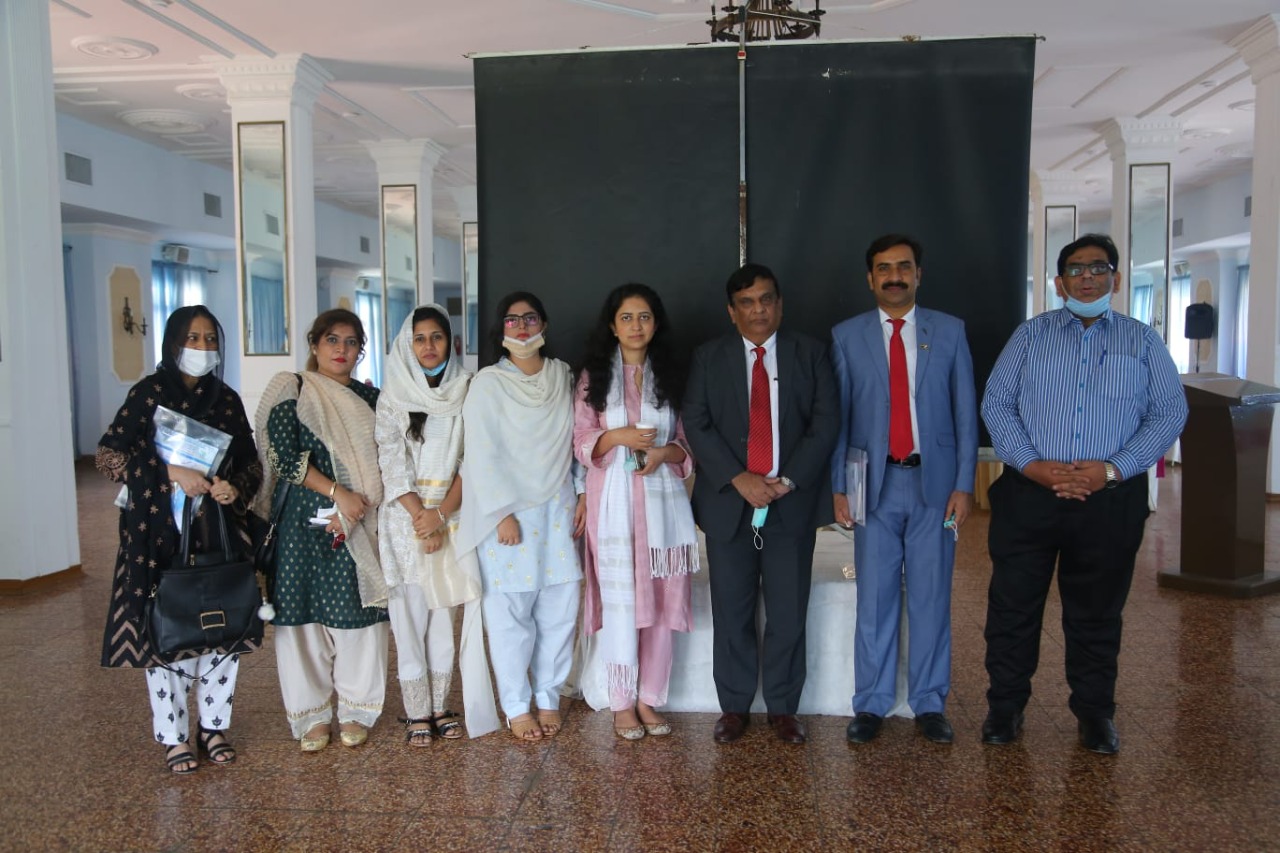 Pakistan is an agriculture society with people living in extended family network and community support. Informal support is given by family and friends in times of stress. The teams explored the details of this process through direct inquiry. Around 60% reported that they can count of anyone to provide emotional support by listening, either directly or through telephone, which they found meaningful. The extent of this support was assessed over the course of twelve months.

In the final section of survey the teams employed Impact of Event Scale (IES), one of the most widely used measures of posttraumatic stress reactions. The IES assesses the frequency with which respondents experience intrusive thoughts and avoidant behaviors over the past week. During the survey 18% individual were found to have definite post-traumatic stress disorder (PTSD) while 4.35 had probable diagnosis; some symptoms were present 60% individuals. The percentage of case positive was slightly higher in rural then urban setting (21% VS 15%).

The discipline of psychology, with its mired applications, focus on positive aspect of life. Humanistic school of thoughts attempts to bring out, study, those aspect of human psyche which helps in adjustment in times of stress. Resilience has been described as one such attribute. In this survey teams explored the level of reliance using structured questionnaire in which participants were asked to rate responses on Likert scale.

Around 32% individuals reported that they are able to respond when change occurs, in the category of true, nearly all the time. This was particular to the global situation arising after COVID19 Pandemic. There was no significant gender difference in this category. About 32% reported that this was often true. In terms of having one close relationship to confide in times of stress, 40% individuals reported it to be true, nearly all the time. Such support was more pronounced in rural (40%) then urban setting (33%); this was reported to be often true in 26% circumstances.

When asked about ultimate measure of resilience, ‘even when things look hopeless, I don’t give up’ 31% reported true, nearly all the time, while 28% reported often true, respectively. When asked about performance under pressure roughly around 30% reported that they do.

Whenever she fights – An Ode to a Beloved 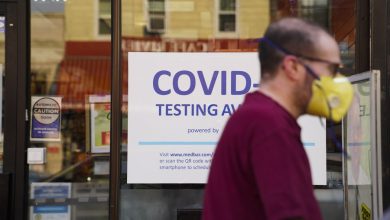 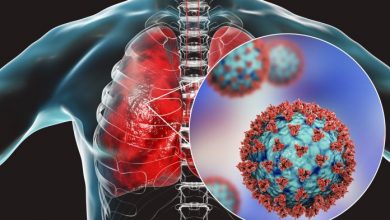 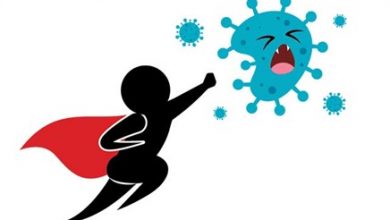 Should children get COVID vaccines? What the science says 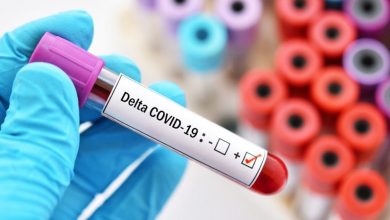 How the Delta variant spreads so fast

Sindh: Stories from a Vanished Homeland
22 hours ago