We all have the necessary resources available at our disposal to accumulate wealth, one way or another. We merely need to learn to utilize them as efficiently as possible by exploring and understanding how things work.

We all have probably read quotations of prominent moneybags and bigshots on the rich and poor mindset – i.e. never say you cannot afford something. That is a poor man’s attitude. Ask how to afford it.

But most of the time, we struggle to attain the deep insights behind such vague statements. So, we give no further thought and disregard them because their sentiments don’t coincide with our already held conventional beliefs and perceptions. We believe that only a few superior humans and nobles are blessed enough to enjoy riches.

We also tend to believe that prominent universities and other academic institutions are the only safe pathways to riches. After all, we would have a lucrative job to pay for our needs and desires.

But why the majority of self-reliant millionaires are against this theory?

Here you will find every relevant idea you crave to apprehend.

But before going into the depths, we must acquire some basic knowledge about wealth to build up a unique relationship with it.

What is wealth and how it works

The demand (community’s confidence) for one’s possessed assets determines one’s level of wealth, which is a man’s capability to buy societal goods and services.

Wealth circulates in an economic system between its producers and consumers, who are mutually dependent. Consequently, its total wealth remains static.

Assume, for the sake of argument, that a miracle has occurred and you have discovered several tons of raw gold. You would have become wealthy while simultaneously increasing the gold supply and depreciating the value of the remaining circulating gold or other gold owners’ wealth. Thus, we can assert that the total amount of wealth in an economic system is constant and only moves through its agents.

It should be noted that, while the total wealth (buying power) of a system remains constant, a community’s overall lifestyle may improve or worsen over time. As, its subjects learn to utilize the available resources more efficiently, and vice versa.

Companies distribute their gross income among their employees based on the demand (horizon of consumer audience) for the services they provide.

Average factory workers are paid less than senior directors and managers because they only provide physical services that are extremely limited and will never be in high demand.

A factory worker, for example, can provide services on a small scale by unloading, packing, and storing a small inventory that serves a small segment of the company’s consumer base. A manager, on the other hand, can provide large-scale services: He is capable of overseeing critical and significant tasks for the company, which accounts for the majority of the company’s target audience.

To compensate for this imbalance, a utopian society would provide fundamental human necessities (such as healthcare, education, and so on) for its improvised or underpaid citizens. Furthermore, it would tax the wealthy to minimize the wealth gap.

To put it another way, the authority would try to extract wealth from its prosperous citizens and return it to the system for circulation.

Nevertheless, we must all agree that utopia is only a myth, no matter how we look at it. Human self-interest-driven problems, such as wealth inequality, have persisted throughout history.

1.1% of the human population owns half of the global wealth, according to the world wealth inequality report 2022. The rationale for such a massive imbalance has been highlighted below.

What makes the wealthy different

The wealthy understand how to accumulate and preserve wealth. That is, in general, by consuming less while producing more economical resources.

In specific terms, following are the ethics that distinguish wealthy individuals from the rest.

For the most of us, wealth accumulation is a secondary consideration, while enjoying it is the first. Meaning that we earn directly to spend or consume, while the wealthy earn to accumulate more assets or capital. So, that they could afford things without needing to spoil or affect their overall economic growth.

Most of the time, we hear the word (debt) regarding a calamity or miserable circumstances, so we wish to never interact with it in our lives. However, the wealthy don’t think of debt as frightful. That is, they don’t borrow money to consume or spend on liabilities but to further grow their capital or net assets, which results in increased income. Hence, they could repay the loan as well as accumulate additional wealth.

From consumption to income taxes, we pay taxes in almost every economic aspect of our lives. as a result, many of us have taken tax payments for granted, believing that they are inevitable. However, the wealthy find ways to avoid paying taxes in order to minimize their

Tax evasion is possible by exploiting the inadequacies of taxation law.

For example – To avoid income tax, the wealthy do not sell their stocks. Instead, they borrow money from banks using their stocks as collateral. As a result, they are not generating any income, and there is no tax on borrowed money.

The majority of us do not make additional efforts to expand the scope of our business or profession. We believe that as employees, the only way to advance in the wealth hierarchy is through promotion or acquiring additional expertise, whereas small-business owners struggle to expand their consumer audience due to a lack of interest or awareness. However, the wealthy consistently work to increase the size of their businesses by acquiring more assets, coming up with novel ideas and products, advertising and reaching more customers, and upgrading their existing infrastructure. As a result, more money will flow from their customers’ pockets to them.

We’ve concluded that being rich or poor is simply a matter of perception, desire, ethics, and understanding. We all have the necessary resources available at our disposal to accumulate wealth, one way or another. We merely need to learn to utilize them as efficiently as possible by exploring and understanding how things work.

Only If You Call So – A Poem from Nepal 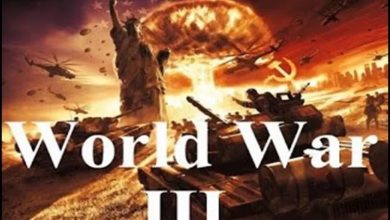 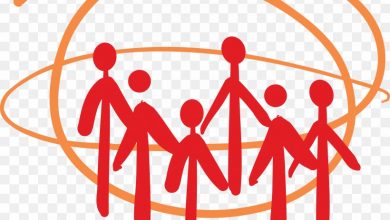 Fencing the Civil Society in Sindh