Unfortunately 72 percent of women in Sindh are away from productive activities and labor force, due to which we are suffering from poverty.

Renowned economist, researcher, and former advisor for Institutional reforms Dr. Ishrat Hussain has said that the per capita production in Sindh is not satisfactory, and there is an urgent need to restore economic and business links between the people of cities and villages.

“For the development of the country, budget for research should be increased and royalty should be given to scientists for their inventions”, he said while speaking at the book talk and course workshop of his book “The Economy of Modern Sindh” at Sindh Agriculture University Tando Jam on Saturday.

Dr. Ishrat Hussain said, “After independence, we did not make great progress economically, now practically we have to play our role.” He said that unfortunately 72 percent of women in Sindh are away from productive activities and labor force, due to which we are suffering from poverty and illiteracy unlike other provinces.

Dr. Ishrat Hussain said that marketing the produce and agricultural by-products from rural areas and organic and cultural goods in the cities will bring prosperity to the people of villages, and by creating purchasing power in them, they will be able to buy the industrial made goods of the cities.

He said that the main reason for the development of Bangladesh is enabling more than 50% of the population of women and bringing them in the labor force for development, as without the involvement of women, we cannot bring change.

He said that students, researchers and teachers will get a great help from the data, mentioned in his book, while many problems and their solutions are also included in the book.

Vice Chancellor, University of Sufism and Modern Sciences Bhit Shah Dr. Parveen Munshi said women can play an important role in development, and we need to contribute to the country’s and the province’s development. A large number of women will have to be brought into the labor force. 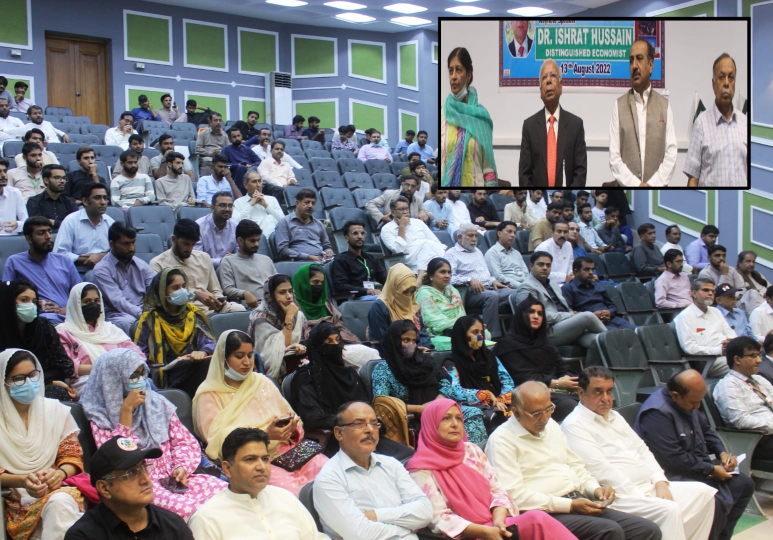 Social activist and educationist Prof. Aijaz Qureshi said that we have to increase per capita income and productivity, while Sindh has great potential in agriculture, industry and services.

My father refused to be called a refugee