The speakers at a memorial seminar on Sunday paid rich tributes to Shaheed Allah Bux Soomro, a former Prime Minister of Sindh, and said he was one of the pioneers of secular politics in the subcontinent.

The seminar was organized by Akber Development Organization and Thinkers’ Tribe at local press club to observe the martyrdom anniversary of the great leader of Sindh. He was martyred on May 14, 1943 in Shikarpur.  Shaheed Allah Bux Soomro served Sindh as the premier from 23 March 1938 to 18 April 1940 and 7 March 1941 to 14 October 1942.

The theme of seminar was “Shaheed Allah Bux Soomro: Public Friendly Leader and Politician with Foresight”. 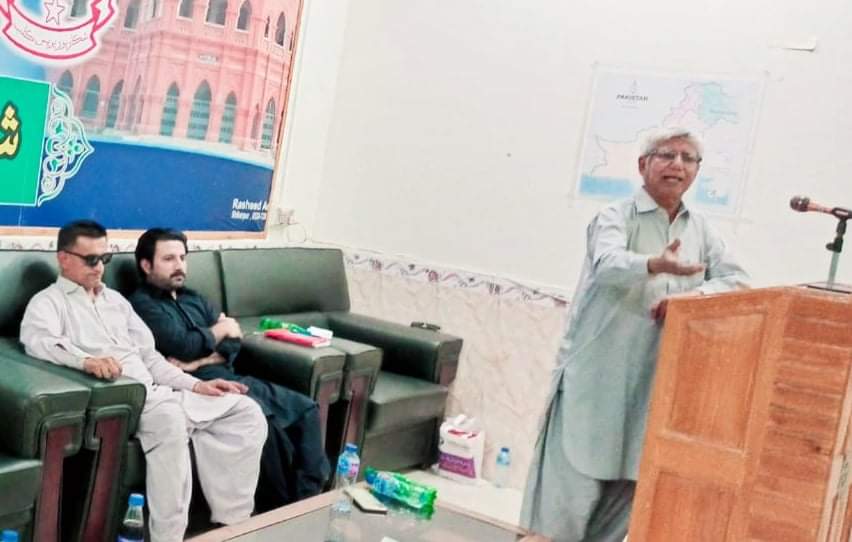 Writer and intellectual Khadim Hussain Soomro, in his presidential address talked about Shaheed’s role in politics of the subcontinent and his revolutionary steps taken in Sindh during his Premiership. He said Soomro became the foremost politician and pioneer of secular politics throughout the subcontinent. He presided over the All India Azad Muslim Conference in Delhi and represented the voice of common Muslims and urged the British to free India.

Social reformer and columnist Naseem Bukhari said that today’s youth should work for the betterment of the nation with the spirit of public service following the path of Shaheed Soomro. Political activist and writer Hameer Chandio said that the axis of the politics of Soomro was discipline, selfless service to the nation and truth. He returned the title of Khanbahdar and OBE received from the British as protest against the British government for their wrong attitude, and this resistance led to his removal from office but he never gave up his principles.

The famous poet Irshad Sheikh Adarsh said that the martyr was a man of great principles and simplicity. The martyr’s grandson, Dr. Amir Abbas Soomro, said that the martyr stepped into politics at a young age and soon reached good positions because of his abilities and dedication for the development of the land and the people. The construction of the Sukkur Barrage, the elimination of magistrate status of feudal lords, the resistance against the British and the people friendly politics will always be remembered as some of his revolutionary steps.