This book is the culmination of my 10 years of research into the Sindhi diaspora and I tried to include in it all that I learned, in particular all the messages I want to pass on to future generations. This includes social, historical and anthropological aspects of Sindhi as a community and various aspects of the Sindhi identity – Saaz Aggarwal

Writer Saaz Aggarwal created ripples with her book Sindh: Stories from a Vanished Homeland, which talked about the plight and fate of Sindhi refugees who came to India post-Independence. Ten years down the line, she revisits the topic in a different format in her new book Losing Home, Finding Home. Aggarwal speaks to The Indian Express about how her new book treats the issue and why she felt the need to revisit the topic.

Tell us about this book. How different is it from Sindh: Stories from a Vanished Homeland? Why did you feel the need to revisit the topic in this fashion?

Aggarwal: I wrote Sindh: Stories from a Vanished Homeland ten years ago. At that time, I knew nothing about the Sindh or the Sindhi diaspora. My mother was Sindhi, this much I knew. But nobody in the family ever talked about what life had been like in Sindh, or any other aspect of their Sindhiness. Even the language was restricted to those who had left Sindh – everyone else heard it spoken around them, but it was never spoken to us. Yes, the food in my grandparents’ home was Sindhi food – but in our home, we ate food from all over and Sindhi dishes only occasionally. In fact, my mother would have to threaten me to convince me that saeebhaji-khichdi – a traditional Sindhi meal comprising dal, rice and a basket of vegetables – was good for health. 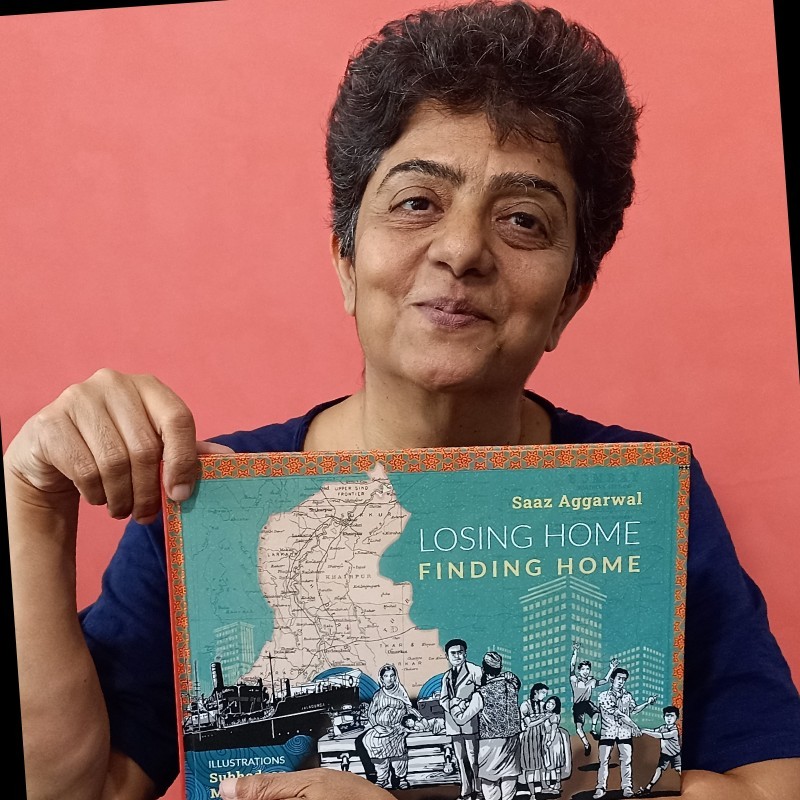 Over the years, I have read a lot and interviewed around 300 elderly people who shared their memories with me. I’m much more familiar with the subject than I was when I wrote the first book and more comfortable with my thoughts and feelings about it.

Why I chose this format, with so many high-quality images, is the knowledge that reading habits are transforming – as they have always done over the centuries – and a visual aspect is essential to communication with coming generations. I was very fortunate to find senior artist Subhodeep Mukherjee, who has created detailed and historically authentic illustrations to accompany each story. Also, the text is very simple to read. And it tells pretty much the whole story, with all the messages that I want to pass on.

Historical research about the exodus of Sindhis is far and few between. I think yours would be the first such book which looked into this incident of Indian partitions. Why have the community and historians been lukewarm in researching the human and historical angle of this?

Aggarwal: The Sindh partition story paled into insignificance for various reasons, the most crucial of which is that Sindh was never partitioned. It was given intact to Pakistan.

Sindh also faced far less violence than Punjab, where almost every single family experienced the barbaric atrocity. The widespread exodus from Sindh took place some months after the Partition when Sindh was occupied by large numbers of Partition-affected refugees from other parts of just-divided India. This may be the main reason why people who left Sindh considered themselves the lucky ones and did not feel they had a story to tell. In any case – nobody was listening, nobody wanted to know, and nobody cared.

The Sindhis addressed their trauma with stoic acceptance. They were role-model ‘refugees’ who started from scratch. They found opportunities to earn their living by filling gaps and providing necessities, and became useful citizens, contributing to the communities they settled in. They integrated seamlessly into these communities, adapting to new ways of living. These attributes – shown by an overwhelming majority of the community – made them invisible. 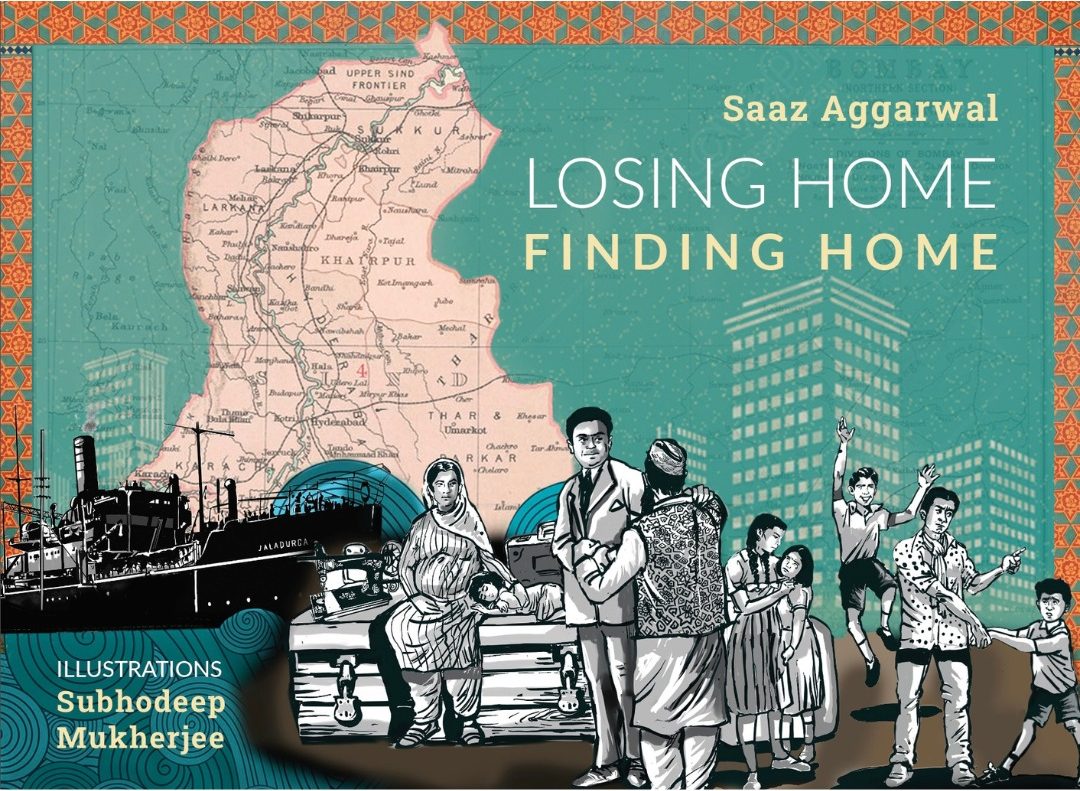 While things have changed now and there is a lot of interest in Sindhis, both from within the community as well as from others who have begun to notice this tremendous phenomenon with new respect, the Sindhi voice is unlikely to carry much weight in public life for the simple reason that they are too few to form a significant vote bank.

What were the main sources of information for this book? How difficult or easy was it for you to pen this? Can you share some incidents or excerpts which touched you, more as a human than as an author?

Aggarwal: This book is the culmination of my 10 years of research into the Sindhi diaspora and I tried to include in it all that I learned, in particular all the messages I want to pass on to future generations. This includes social, historical and anthropological aspects of Sindhi as a community and various aspects of the Sindhi identity.

One of my biggest insights in this journey has been the way the language got lost. Parents stopped speaking to their children in their mother tongue, perhaps, knowing that to have a better chance in the world, they needed to be experts in local languages. I realize now that most of us were never spoken to in Sindhi or expected to reply in Sindhi Buter, there is a poignancy in the fact that Sindhi is a language that you only hear in the homes of relatives. It is the language of intimacy, the language of the lost country. It is the language you hear your grandparents speak to each other and to those of their children who knew Sindh – never to you. Because you had never known Sindh, and it would be impossible to explain anything as important, as essential, and as complicated as that.

How personal is this book? Is it just a relook at the exodus or a personal journey about losing and finding home?

Aggarwal: The book is a collection of personal accounts. It attempts to convey all that Sindh was to the Hindus who lost their homeland, the journeys they undertook when they lost it, the heroic rebuilding of their lives, the way they adapted, the way they ignored the prejudice and stereotypes they faced and the way they contributed.

As a writer and oral historian, I specialize in working with people to write their memoirs. This led me to write my first book on Sindh. For Losing Home, Finding Home, I planned to write each story in the voice of its central character. However, as I wrote, my mother’s thoughts and ideas began to enter each narrative. I lost my mother nearly eight years ago – and here she was, piping up insistently and inserting her opinions, much as she had always done.

I soon decided to let her tell the story, and the book is written in her voice. I’m really glad this happened because I found myself writing things that would not have occurred to me without her input, essential aspects of the losing and the finding. It’s extraordinary how parents leave traces of themselves inside one, long after they are gone.

So yes, the book is intensely personal. But at the same time, it is also as mainstream and comprehensive as anything can be.

France’s 1905 Law of Separation of Church and State

Science is being used only for fighting the wars 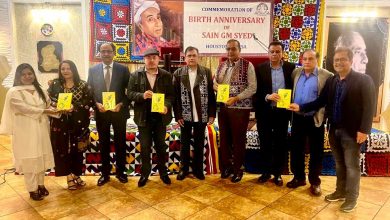 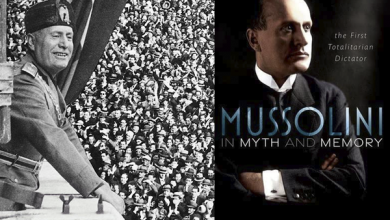 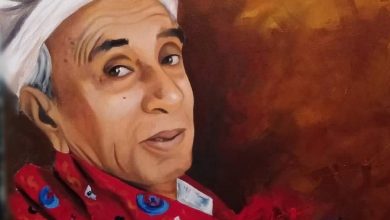 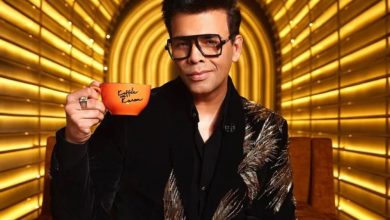