The students also exchange views on decline of Sindhi cinema and films, negative representation of Sindhis and Sindhi cultural symbols like Ajrak in Sindhi and Urdu dramas.

Department of Anthropology and Archaeology, Sindh University Jamshoro organized a talk on Anthropology of Art and Music focused on Sindhi Folk Music, Film Art and Heritage on Thursday.

The idea of the talk event was designed and moderated by Rafique Wassan, anthropology faculty member of the Department. The Talk aimed to share thoughts on intangible heritage in the form of folk music production, preservation, and archives at the Radio Pakistan.

The department of Anthropology and Archaeology had invited eminent writer, compere and former radio producer Naseer Mirza as the guest speaker. He had retired as Station Director of Radio Pakistan Hyderabad.

During the session it was highlighted that how young anthropologist researchers and students can work with the music and other cultural data recording produced and preserved by Radio Pakistan Hyderabad. 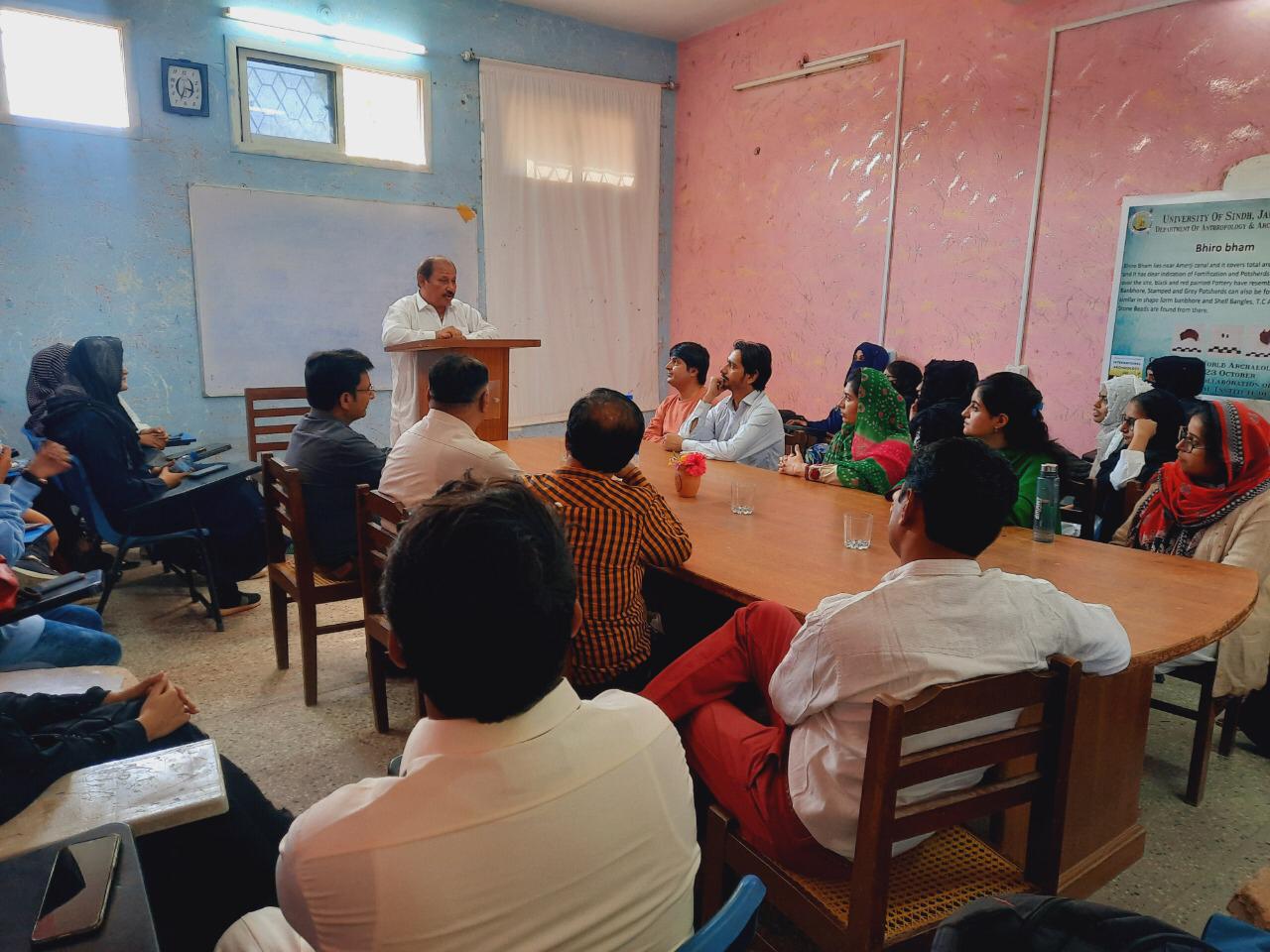 Naseer Mirza exchanged his views about the recordings of Sindhi and Urdu music and artists at Radio Pakistan Hyderabad. He shared that after 1960s Sindhi folk and Sufi music was produced and promoted by the three prominent music producers namely M.B Ansari, Imdad Khuwaja and Ghulam Hussain Shaikh.

Naseer Mirza told that during his tenure as Station Director of Radio Hyderabad the musical archive in book form was developed that includes the details of artists as well as song repertoire. He also spoke about the Sindhi and Urdu films he had watched in the cinemas of Hyderabad.

The guest talk was transformed into an interactive session as the students and faculty members exchanged their views and asked questions from guest speaker. The students posed questions on a range of issues such as the decline of Sindhi cinema and films, negative representation of Sindhis and Sindhi cultural symbols like Ajrak in Sindhi and Urdu dramas.