The CC also resolves to continue struggle for peace and freedom, fundamental rights and care for planet and life while maintaining its political independence and revolutionary spirit.

The Coordinating Committee (CC) of World Poetry Movement (WPM) has decided to hold first WPM Congress in Caracas in the year 2023.

The CC also resolved to continue its struggle for the peace, freedom and fundamental rights, and care for the planet and life, while maintaining its political independence and revolutionary spirit from poetic language.

The CC of WPM on 14 October 2022, held its first face-to-face and virtual meeting of members at the Venezuelan Chancellery, with the presence of National Coordinators (NC) of the Movement from 21 countries from different continents. The meeting took place in the context of the 16th World Festival of Venezuela, which hosted with generosity and punctual technological accompaniment its successful realization.

The meeting was opened by the Venezuelan Foreign Minister Carlos Faria, the sectoral vice-president of Venezuela, Freddy Ñáñez, and Fernando Rendon, General Coordinator of the Movement. 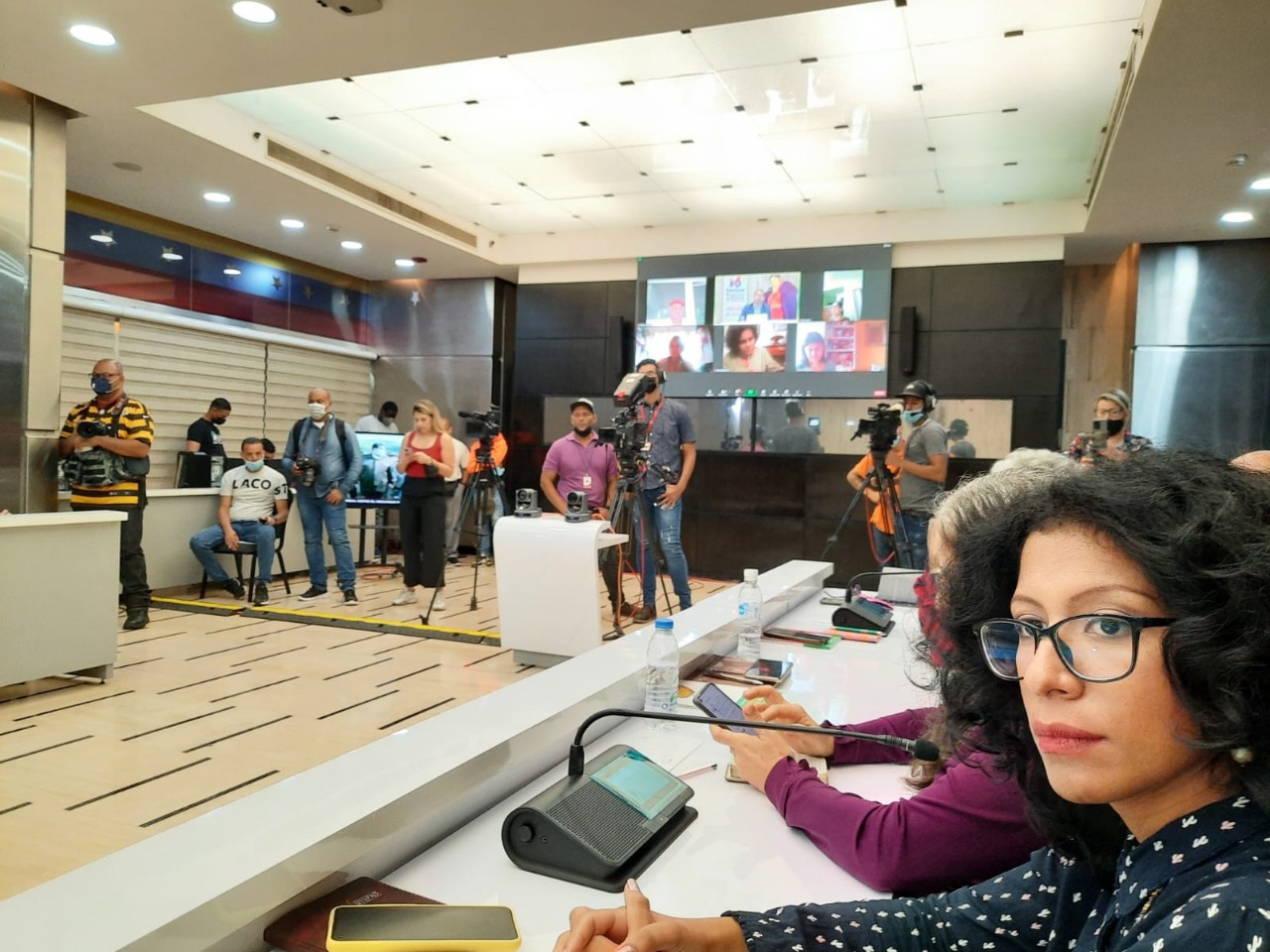 The meeting talked primarily around concerns about some of the organizational problems facing the Movement, the need for organizational restructuring, and the determination to summon a Congress – to address current shortcomings – and to structure goals and an agenda for the next five years.

In general terms, the continental and national coordinators committed themselves in their interventions to the work of re-powering WPM – in their geographical regions and countries – and ratified their decision to hold the 1st World Congress of WPM in Medellin, Colombia, and Caracas, Venezuela, in July 2023.

These are some of the reflections that emerged from this second meeting:

WPM must preserve its struggle for central postulates such as the search for peace, freedom and fundamental rights, and care for the planet and life, while maintaining its political independence and revolutionary spirit from poetic language.

The potential of WPM is immense and its capacity to influence can be much greater if its functioning is improved and internal and external communications are optimized, to show in real time what is happening.

“We consider it necessary to restructure the functioning of the central management, differentiating the existence of Coordinating Committee (CC), which meets biweekly, from an Executive and operational Committee, which meets every week and works with agility and efficiency on a constant basis.” 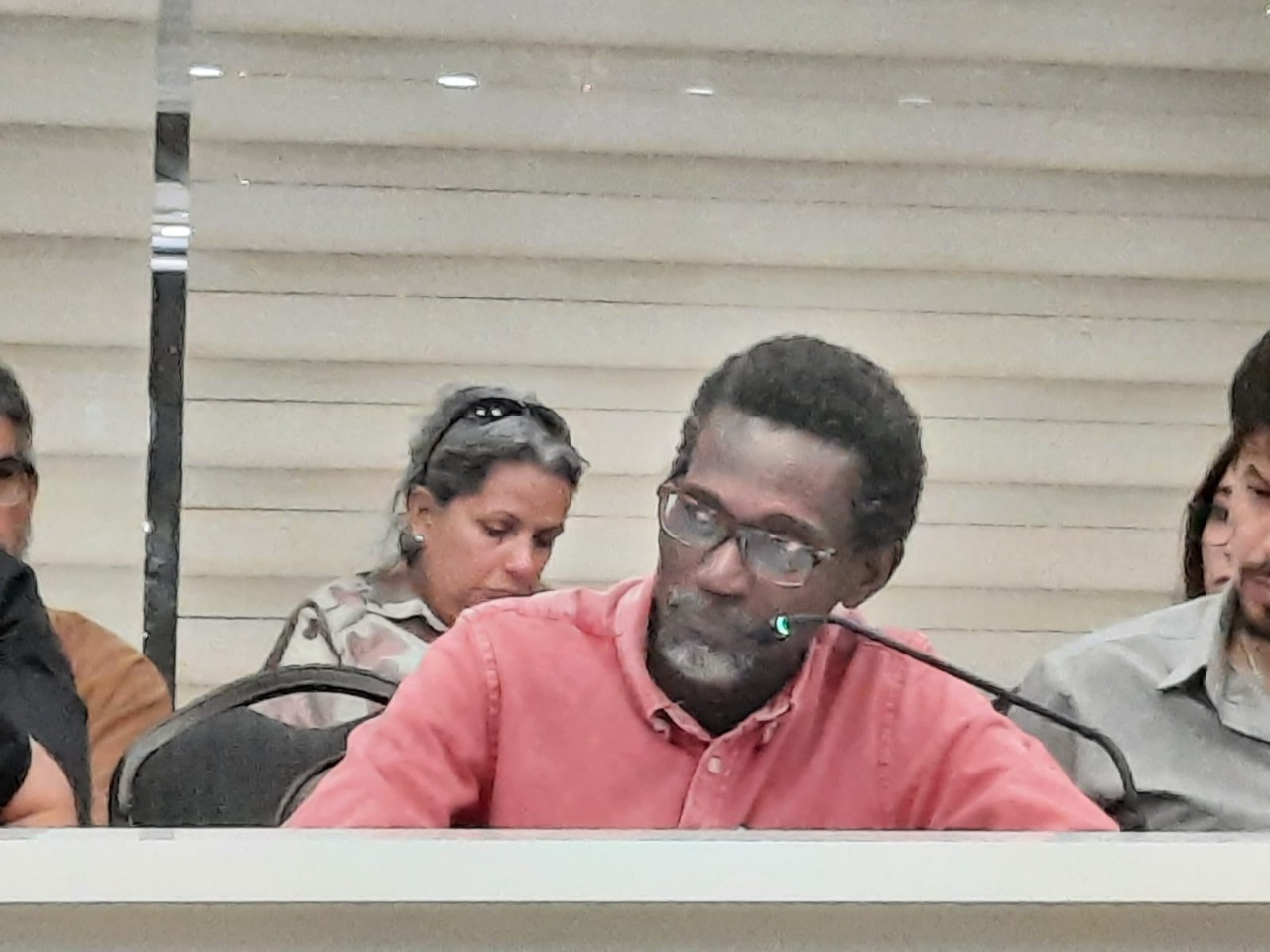 Currently, there are members of the CC who do not attend meetings and must be removed from their positions, to be replaced by new members, poets and organizers, with an all-encompassing universal view, and a continental work that is at the same time national, visible and influential.

Some progress has been observed in the Continental and National co-ordinations, but in some other cases, the work is deficient. It is understandable to think that creating a national movement is a complex task that inactivity and inertia cannot nourish.

On the other hand, some members of the Coordinating Committee only work within their own countries and lack a regional and global vision, which makes it necessary for them to have a more overall view of the strategic objectives of WPM and its area of work.

Sometimes, differences of approach among members of the direction obstruct the work and do not allow for an efficient articulation of collective efforts.

At other times, programmed actions are not fully developed in the world, and when they are carried out, they are often achieved only through individual efforts.

It is necessary to have strong organizations in each country that deploy persistent and collective activity. We must also continue on the path of opening Facebook Fan pages, run by the National Coordination’s, and contribute to the development of WPM’s social networks, web and media. 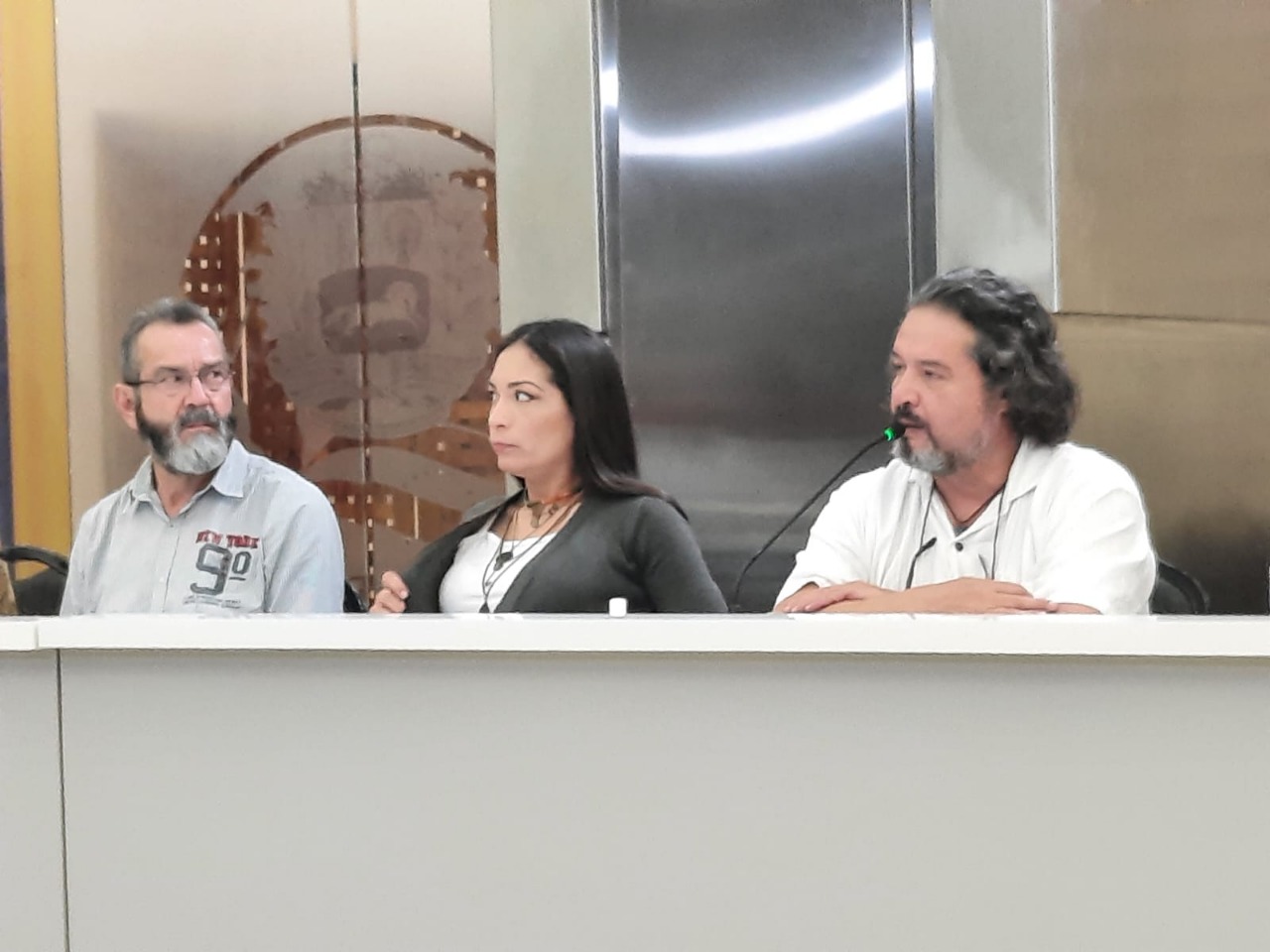 The WPM chapter in Venezuela, headed by Freddy Ñáñez, will soon open a WPM IP channel, on its own platform that allows for: internal communication and articulation with coordinators. And since the current platform of the meetings is not agile enough, it will open the way for our next meetings, at different levels, to take place virtually in real time. Consequentially, in as many countries as possible, teams should be structured to carry out video pre-production, production and post-production work.

It channels also offers external communication with podcasts, videos of WPM´s activities around the world and all kinds of 3.0 content. Inclusion of the WPM Poetry School, in which courses with central poets from all continents will be developed and tutorials and pedagogical material will be presented.

The 1st WPM Congress should establish a cycle of reflections on the objectives and tasks in the next five years, in programmatic matters and of course in the necessary organizational ground, according to the specifications of each country.

It is also necessary to incorporate many poets into each national chapter, and in this context to give special priority to women poets and young poets, opening up spaces for them at the coordination levels.

It is needed to have a person responsible for communications in each country, working with a centralized editorial policy, and who is capable of broadcasting national activities via streaming, generating movement on social networks and contributing with material to the web and central networks.

In the case of countries that resist blockades, such as Russia, China, Cuba and Venezuela, it is important to take into account other channels of communication and connection (as Telegram), in order to work in cooperation with the poets of those countries. 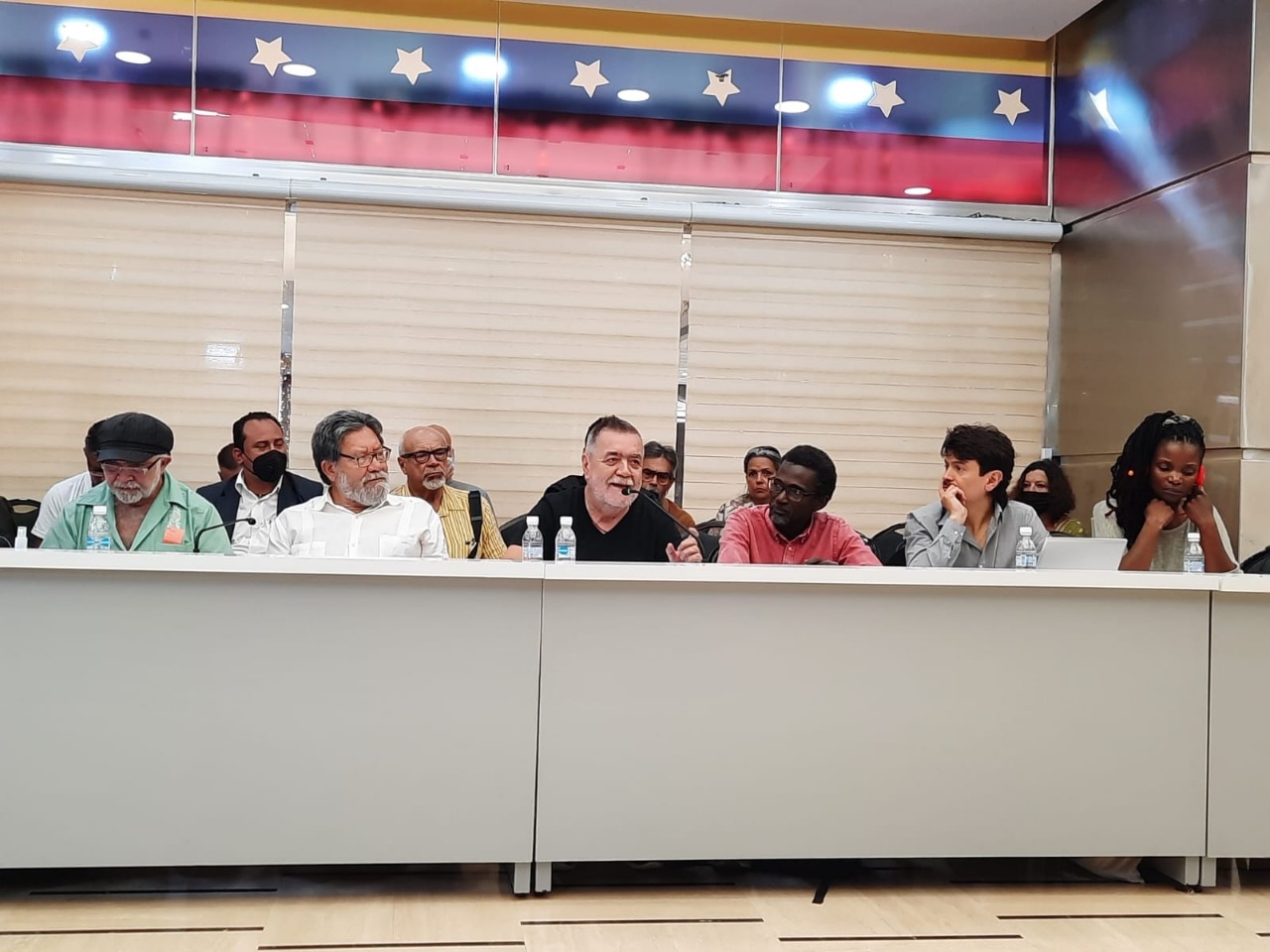 The main themes for working will be our thinking and program for the next five years and the complete renewal of the organizational forms and management of WPM.

The stages of preparation, with virtual congresses in each continent to discuss agenda items of the World Congress and to work out partial conclusions, will be.

4) April: WPM Congress in the Americas.

Rati Saxena and Vadim Terekhin will be responsible for the organization of the WPM Congress in Asia and Oceania. Francis Combes and Ataol Behramoglu will organize the WPM Congress in Europe. Ayo Ayoola-Amale and Ismael Diadié will prepare it in Africa. And Freddy Ñáñez and Fernando Rendón in America. The Preparatory Committee will take part in the Continental Congresses to ensure their full success and one delegate from each country will participate.

These congresses may be preceded by national WPM meetings in the different countries, especially in those countries where national coordinators do not yet exist, in order to designate a representative to the Continental Congress.

The Continental Congresses and national meetings will discuss the central themes proposed for the Congress. They will summarize their visions in a paper to be presented by each continental coordination to the Congress.

The WPM World Congress will install in Medellin, Colombia, on 13 July 2023, and will be held in plenary session until 15 July with the presence of the members of the current Coordinating Committee and 20 delegates from each continent, on an equal basis, in person and/or virtually (by videoconference) to listen to and discuss the papers and conclusions of the previous congresses.

The second stage of the Congress will be held in Caracas between 17 and 20 July 2023. With the physical and virtual presence of the Coordinating Committee and an equal number of 15 representatives from each continent.

The Congress Preparatory Committee is composed of the following members: Alex Pausides (Cuba), Freddy Ñáñez (Venezuela), Ismael Diadié Haïdara (Mali), Fernando Rendón (Colombia), Vadim Terekhin (Russia) and Luís Filipe Sarmento (Portugal). They will be joined by four representatives appointed by the Coordinating Committee. The Preparatory Committee will define the agenda and methodology of the Congress.

At the suggestion of Freddy Ñáñez, organizer of the WPM Congress in Venezuela, Gloria Chvatal is accepted as head of the Preparatory Committee for the 1st WPM Congress.