Theme of the Day

The road to a lasting peace: Leveraging the power of youth for peace and security

Pakistan is among the top leading troops contributing countries of the world and having over sixty years of dedication, commitment to Global Peace in United Nations’ Mission around the Globe.

Today 29th May is dedicated as “International Peacekeepers Day” and whole world is celebrating, greeting and remembering the services of their peacekeepers around the globe. Paying rich tribute to them for their sacrifices in restoration of Peace, International Association of Peacekeepers (AISP/Soldiers for Peace whose Headquarters is in France) is actively encouraging all veterans and serving peacekeepers to organize and remember the services around globe. Mr. Tibor Albert and Laurent Attar Bayrou are enthusiastic in uniting all the peacekeepers under the flag of United Nations. 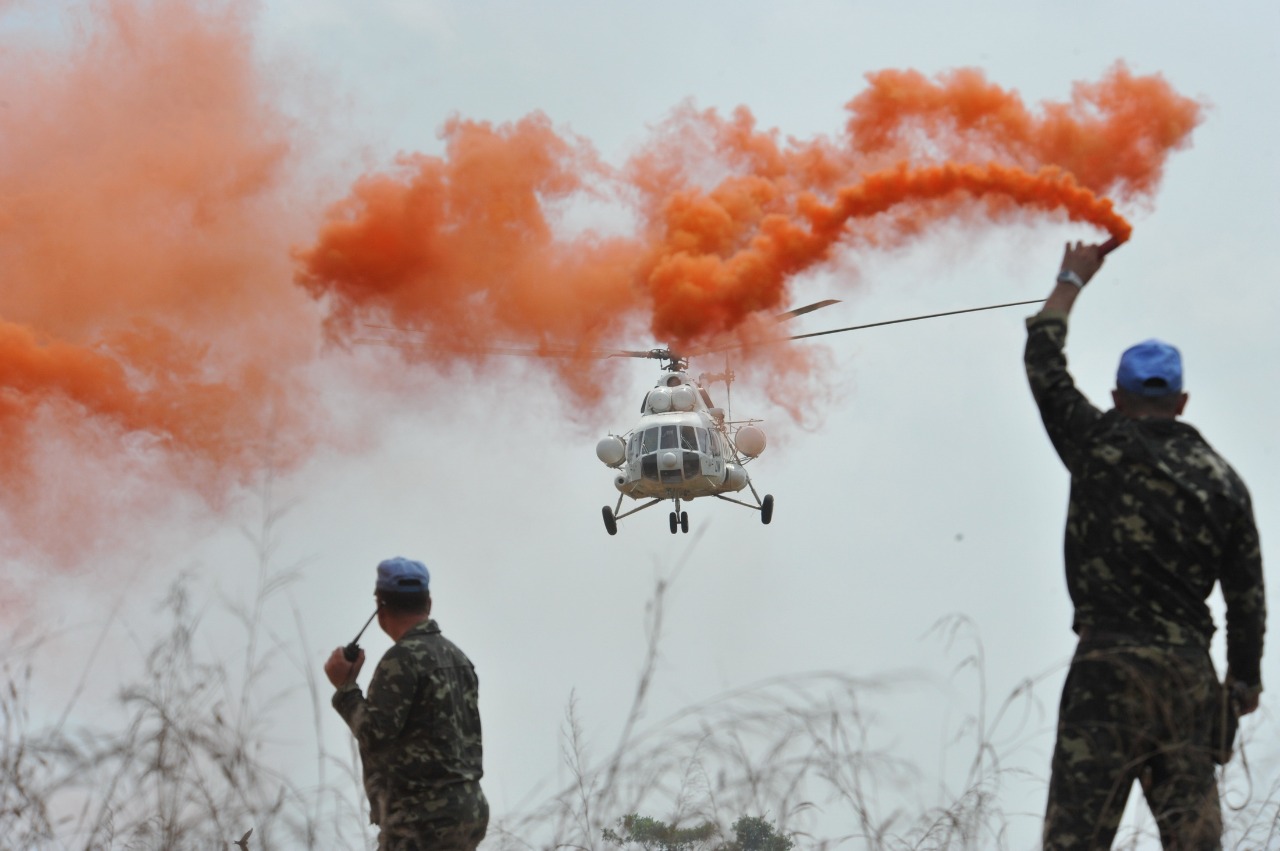 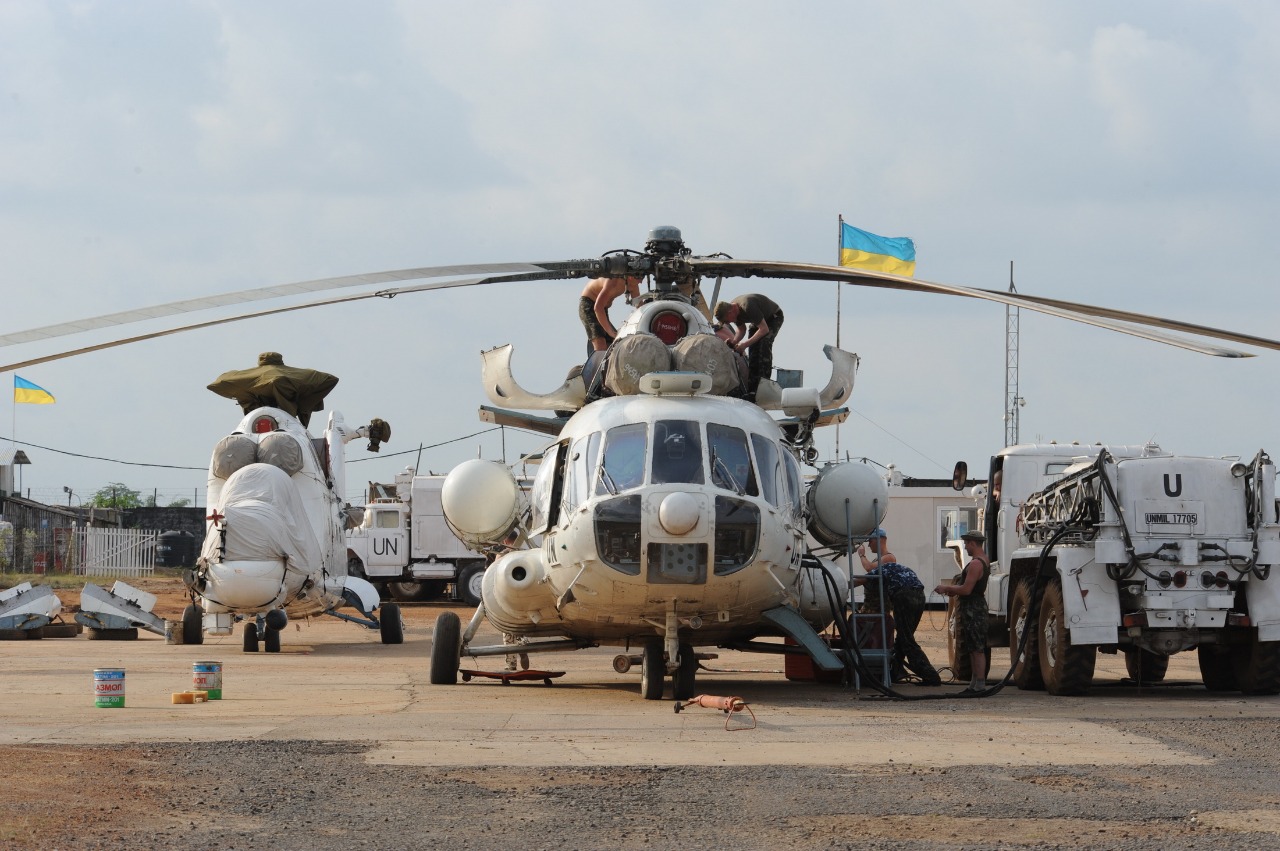 UN Peacekeeping Mission is a great honor for soldiers and it is highly challenging. It’s very well commended that “Peacekeeping is not the job of soldiers, but only soldier can do that”.

A former UN Peacekeeping force Commander General Daniel Ismael Opande has mentioned about the love and respect for Pakistani soldiers in his autobiography “In Pursuit of Peace in Africa”. He writes: “My deployment in Kashmir earthquake in October 2005 was my contribution to honor the sacrifices of gallant Pakistani soldiers who had served in Peace Mission under my Command in Liberia and Sierra Leone besides my former Deputy Force Commander Major General Syed Athar Ali who later became Lieutenant General, and deployed as Corps Commander in Karachi. The plight of Kashmiri people in earthquake reminded me the sufferings of the people in West Africa under different circumstances. I wanted to do whatever I could do to assist my former colleagues and fellow Peacekeepers in their hour of need. I was determined to do whatever I could do to help victims of Kashmir earthquake. The destruction wrought by war is one thing, but what I witnessed in Muzaffarabad and surrounding areas was beyond my belief.”

Lt Colonel Hassan Imam, a retired ISPR (Inter Services Public Relations) officer while talking to Sindh Courier on this day mentioned that while serving in UN mission Liberia, General Daniel Ismael Opande (known as Father of Africa) was Force Commander. He unfolded his battle map on 2oth December 2003 and assigned the task to respective commanders. While looking at the Pakistani Contingent Commander Brigadier Irfan Azam, Force Commander said: “look I am very familiar with the capability and professionalism of Pakistani peacekeepers, and I am also highly confident about Pakistani peacekeepers, so I am deploying you in the highly conflict and volatile zone and stronghold of warring factions of Liberia”. 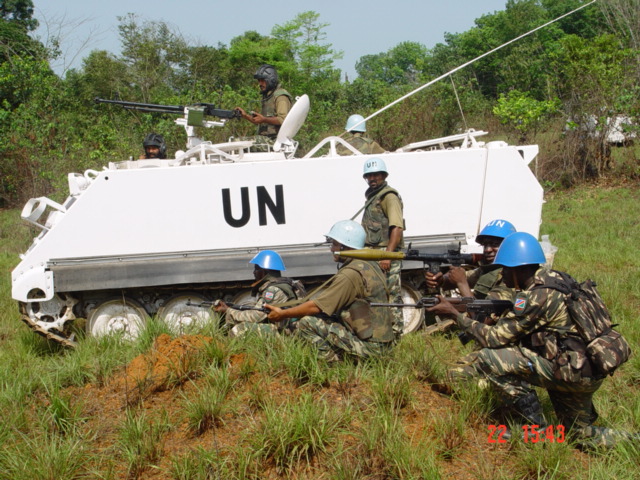 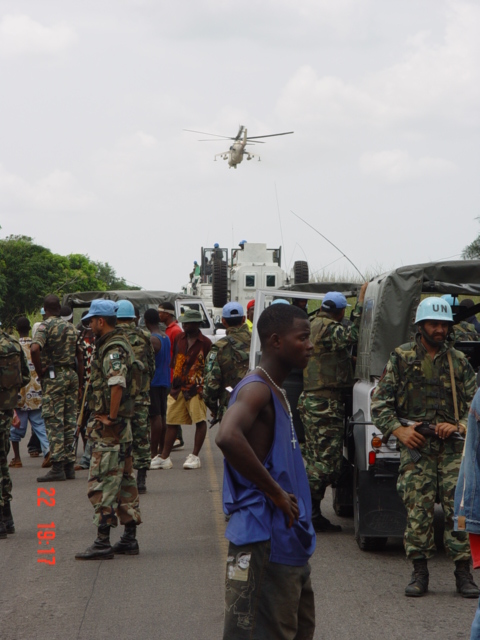 “Pakistani peacekeepers will be the first one to move out and set the example for entire mission,” General Opande added.

Very next day Pakistan contingent commander confirmed his plan and said that Pakistani peacekeepers are ready to be deployed before 25 December. “We want to greet and present Happy Christmas gift to the people of Liberia by deploying our troops beyond Saint Paul River a stronghold of rebel fighters.” 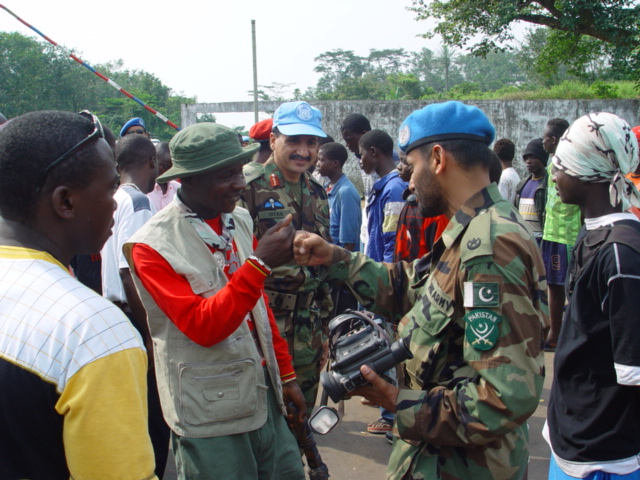 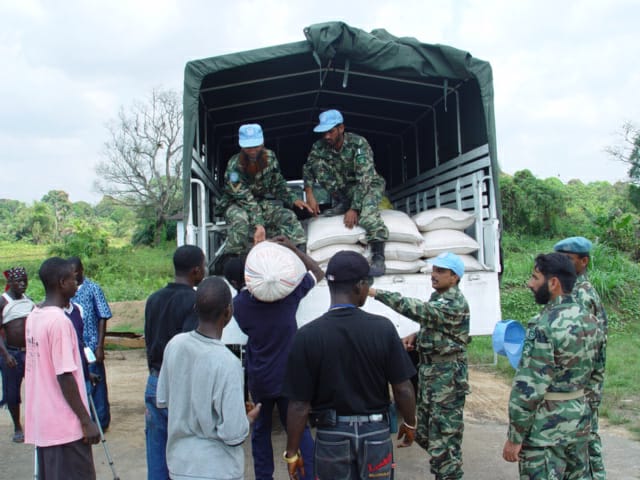 Pakistani Peace keepers just landed on the soil of Liberia on 18th December 2003 at 6 am and in few days they were mobilized to be deployed out of capital Monrovia which is highly commendable, Hassan Imam told.

Liberia is situated on the tip of Atlantic Ocean coasts of Western Africa. Liberia’s terrain ranges from the low and sandy coastal plains to rolling hills and dissected plateau further inland. The country is home to a lush rainforest containing a rich diversity of flora and fauna. The country enjoyed relative stability until a rebellion in 1989 escalated into a destructive civil war in the 1990s that did not fully cease until 2003. Liberia is bounded by Sierra Leone to the northwest, Guinea to the north, Côte d’Ivoire to the east, and the Atlantic Ocean to the south and west. Liberia is mineral-rich country full of diamonds, iron and rubber plantation and serves as free port in middle of West Africa.

After the deployment at far flung areas of Bomi County Hills, Tubman Burg, Cape Mount County, Bopolo Foya, Fasama,Vonjama Lofa county, Pakistani peacekeepers brought a new hope for the people of Liberia. Pakistani peacekeepers won the hearts and minds of people and earned accolade for the nation. They followed the UN Mandate in true spirit and brought life into the dead souls of Liberia by repairing roads, bridges, schools, churches, mosques and hospitals. Pakistani Medical Corps treated over hundred thousand of local people and provided free medical care at the doorstep in far flung areas which were impossible to reach. Over one hundred thousand combatants were disarmed. Security Council lauded the efforts of Pakistani Peacekeepers.

Implementing the UN Mandate by force

During 2nd major deployment on axis Cape Mount County near Bah Rubber Plantation the rebels retaliated and refused to dismantle the road blocks. This was against the UN Accra Accord. This was not only a challenging but time testing situation for the Pakistani Soldiers. Nevertheless Pakistan Contingent Commander informed the UN Force commander and asked him to protect the mandate, dignity and respect of UN mandate and self defence of Peace keeping forces. Force Commander Ordered on radio set to dismantle the road block forcefully and move ahead to establish the contact with Sierra Leone forces. He also ordered the Ukrainian Combat Gunship to fly in close support and engage if there is any fire from rebels. Very boldly Pakistani and Namibian Peacekeepers penetrated into strong hold and dismantled the check post and road block. The rebels were seen running inside the rubber plantation. Meanwhile robust close support mission also provided cover to Peacekeepers from low altitude. It was a heavy day but UN implemented the mandate and ensured timely deployment. 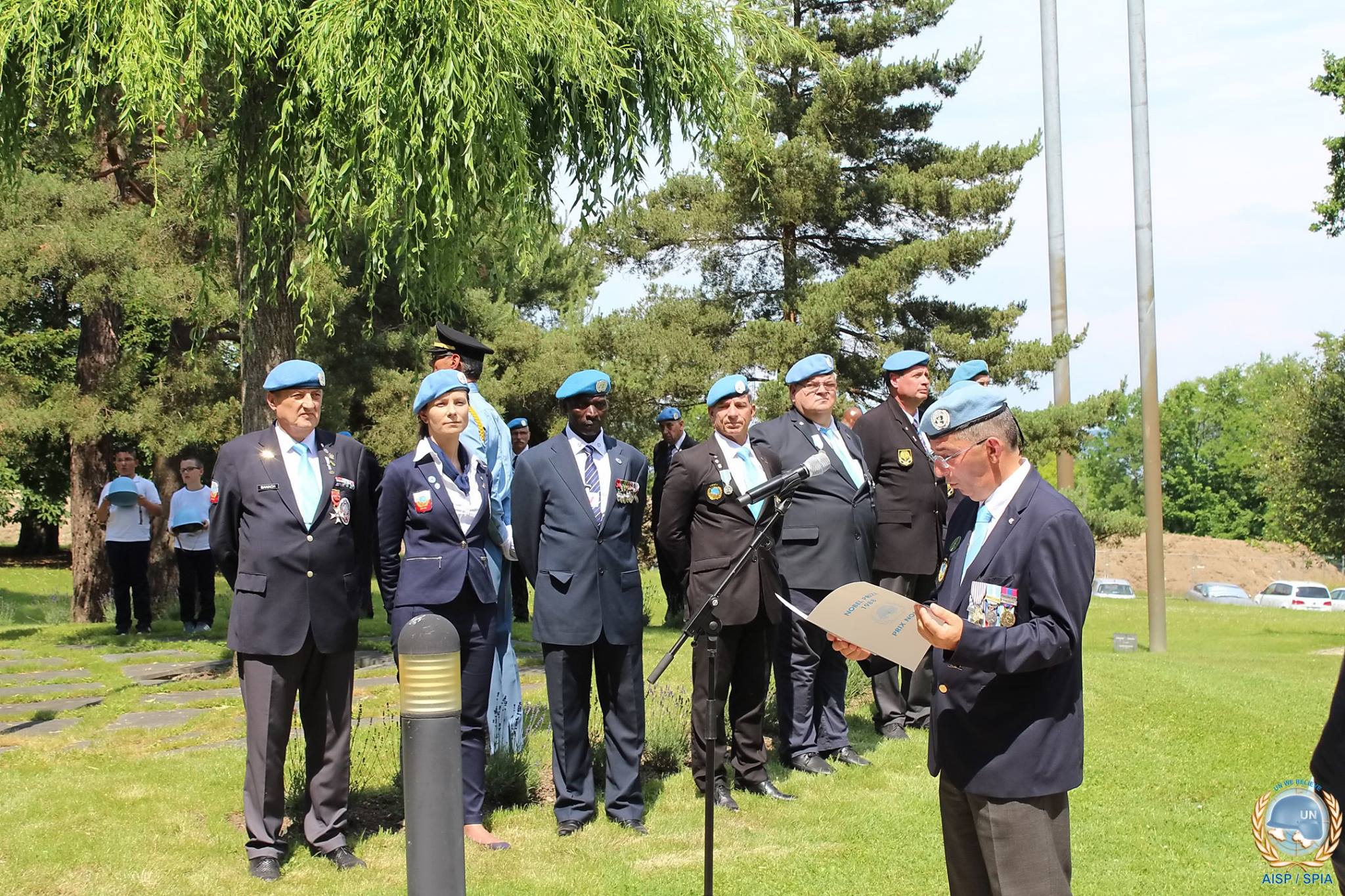 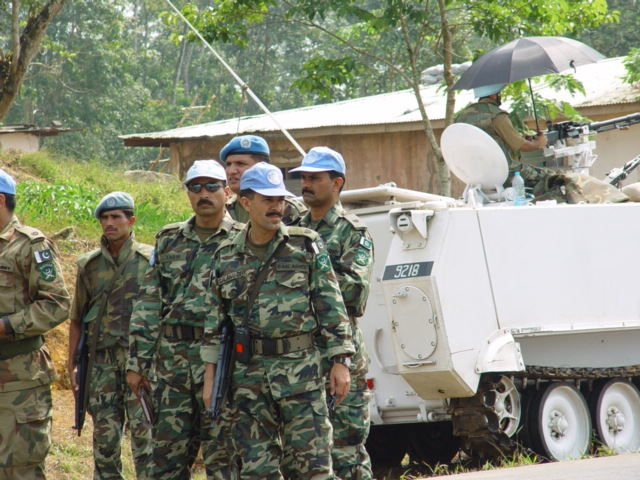 Causes of Conflict in Liberia were many. But the involvement of Liberian warlords, politicians and other gold diamond traders led the civil war and created panic among the populace. These diamonds are often called “Blood Diamonds.” The economy of warring factions was dependent on diamond, gold, rubber and iron smuggling. Force Commander once received the information about the diamond exploring, and ordered the Peacekeepers to confirm the report. Later a dedicated team raided the area and confirmed the evidence of diamond exploration which were still being smuggled. The area was cordoned off and sealed. This was great achievement of Peacekeepers.

Operation Black Hawk Rescuing American Soldiers: It is worth mentioning here that Major General Thomas M. Montgomery Deputy Force Commander of UN in Somalia Compliments in his Memoir of Operation Black Hawk writes: “Many of the US Soldiers are alive today because of the willingness and skills of the Pakistani soldiers who worked jointly in a rescue operation. We are thankful to the people and Army of Pakistan for sending such splendid soldiers to Somalia whom we feel proud to serve with. Pakistani soldiers have been completely dependable even in the most difficult circumstances. They have shouldered a huge and dangerous load for United Nations Mission in Somalia and Somali people.”

In Liberia, Pakistani Headquarters in Tubman Burg was point of attraction and pride not only for the local populace but for all the visiting dignitaries, diplomats, NGOs, International Organizations, donors, military delegations and UN agencies and media representatives. Liberian media and international correspondents made leading stories on the untiring services and peace process that began with Pakistani contingent. 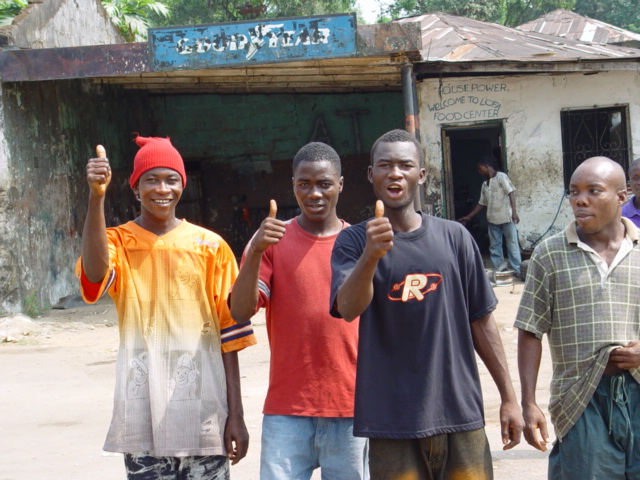 First Pakistani contingent serving Liberia under UN flag returned back home after one year in January 2005, in which Pakistani peacekeepers earned great reputation not only for Pakistan Army but for entire nation in the files of international community. During the departure of Pakistani peacekeepers, the residents of Bomi Hills were saying good bye with wet eyes and warm emotions. The former war factions and community leaders along with children were standing on both sides of roads and waving hands.

Peace will prevail only when power of Love will overcome the love for Power.

Observations of an Expat -The Alex Problem

The Hidden Story of Partition and its Legacies

The Promise of Equality: A Nation Strained by Inequality
2 hours ago