The Biden administration’s short timetable for withdrawal, tied to the 20th anniversary of 9/11, and in the middle of the fighting season, was a mistake.

Nature does not allow a power vacuum to exist or maintain a status quo. Whenever high temperatures on land cause warm air to rise, the vacuum is quickly filled by cooler air which rushes in to fill the void. No sooner had foreign troops left Kabul Taliban forces regrouped, and filled the power vacuum in the capital city.

Biden: I Stand By My Decision To Withdraw From Afghanistan

All of us witnessed the harrowing scenes at Kabul’s airport. What is happening in Afghanistan is a terrible tragedy, but the blame cannot be laid at any single entity. The Biden administration’s short timetable for withdrawal, tied to the 20th anniversary of 9/11, and in the middle of the fighting season, was a mistake.

But the situation on the ground is the result of two decades of miscalculations and failed policies pursued by three prior U.S. administrations and of the failure of Afghanistan’s leaders to govern for the good of their people. Many of the critics speaking out now were architects of those policies.

The broader questions about why Afghanistan finds itself at this juncture undermine attempts to justify the “war on terror” as it was waged in the country over two decades. In the years between 2013 and 2016 it became evident—just how steep the challenges to U.S. strategy were.

In February 2021, the congressionally mandated Afghanistan Study Group had come out with its recommendations for the way forward. It highlighted the importance of continued support for the Afghan state and people; of continued diplomacy in support of a peace process; of working with regional allies; and of extending the U.S. troop presence to allow for the Doha peace negotiations to conclude.

The sacrifice, however, was significant: more than $1 trillion, the deaths of 2,400 U.S. service members (and thousands of contractors), more than 20,000 wounded Americans.

All but one of these policies was in effect before and after the report was issued, but they did nothing to stem the collapse we are witnessing now. The survival of the Afghan state should not have been solely dependent on the continuation of an American troop presence.

There is one seductive argument made by critics of the withdrawal: that a Taliban-ruled Afghanistan will again become a haven for terrorist groups threatening the security of the United States. Obviously, this argument is a backhanded acknowledgment that we succeeded in reducing the threat from Afghanistan to minimal levels—the original rationale for U.S. intervention.

The sacrifice, however, was significant: more than $1 trillion, the deaths of 2,400 U.S. service members (and thousands of contractors), more than 20,000 wounded Americans.

Perhaps the resurgence of a terrorist threat will develop more quickly under a future Taliban government than it would have otherwise. But to conclude that this outcome demands an indefinite U.S. troop presence would imply that U.S. troops should also be deployed indefinitely in the many other parts of the world where Islamic State (also known as ISIS) and al Qaeda offshoots are active in greater numbers than they are in Afghanistan and pose a greater threat to the United States. Moreover, U.S. capabilities to monitor and strike at terrorist groups have grown exponentially since 2001.

Ultimately, Washington’s decision to withdraw U.S. troops is not the sole or even most important explanation for what is unfolding in Afghanistan today. The explanation lies in 20 years of failed policies and the shortcomings of Afghanistan’s political leadership.

Was it morally appropriate to declare that Afghanistan is a “humanity problem on a modern-day frontier between barbarism and civilization” and that the United States lacks the will “to continue the effort in the interest of all humanity.”?

We can still hope that we in the United States do not end up in a poisonous debate about “who lost Afghanistan.”

But if we do, let’s acknowledge that it was all of us failed Afghanistan? 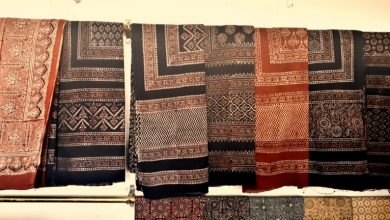