Shaikh Ayaz has presented the character of Dodo as a brave, committed and steadfast character

There is great importance of epics in mythology. The epic stories depict a picture of human behavior. How people behave during trying situations as war, disasters and conflicts? How people maintain themselves during the difficult times? How do people divert the difficult situations in their favor by playing a pertinent role? All of the happenings shown in the epics reflect the response capability of the people. The depiction of such epic stories is the creative product of the bards, poets and artists. It becomes the part of the history of people. It is need of hour to reproduce and refurbish such stories in the light of contemporary scenario of globe as the strategic and cultural heritage may be transferred to the succeeding generations.

Considering it, Shaikh Ayaz and other poets have also reproduced cultural icons and coordinates in their poetry. In his opera ‘Doday jo Moat’ (Death of Dodo), Shaikh Ayaz has depicted the character of Dodo as a character of commitment and courage. Dodo is a steadfast and resilient character standing like a rock wall before the troops of Dehli Sultanate. He thinks human being much more than the combination of flesh and bones. He thinks loee as the symbol of national honor and faces the huge army of Sultanate with a brief troops consisting of Sindhi people. The battle was the result of the conflict between two brothers – Chanesar and Dodo. Baghi was the brave sister of Soomro brothers. Dodo moves ahead to honor the call of time despite the numeral comparison of two forces. He discusses on different aspects of war and its results with his sister Baghi. It was his foresightedness that enabled Soomro ladies to take refuge at Abro house. It was explored in two Acts of the opera and the third Act describes the logical conclusion of the battle and way forward. Dodo orders his troops:

(Why people are afraid of fighting. People die every day. Some die in this way and some in that, some with this manner and some with different than that. Those who lived with brave people and lived with swords and arrows, they jump into fight to sacrifice their selves for sake of any great cause. Some take poison by the hands of dispensers and live a lame life. Some succumb to death slowly. Hundreds of thousands make their directions towards death and meet there in the darkness of death)

Death is the Hojamalo of life and concludes the life’s Kalyan with sad melodies of Rano. Having considered the euphemism of the death, Bhittai had declared the life as a play of two days. People pass away usually. If they will sacrifice their lives for a great cause, then they give meaning to the Rano of life. Such people become immortal in history. Dodo is one of such characters. Shaikh Ayaz has tried to demonstrate the utility of human life that how people are food of soil and their strong bodies are buried in earth. The symbolical shapes of identity are removed as the time passes by. People live and walk over the ground where many people are buried. None knows about ‘who is who and what is what’. There would be many a brave person under the feet of people that had been fought for motherland or people. Their bravery had been a symbol of the great utility of life that how the cost of a head can be realized. The glittering of swords remains in human minds till centuries. Generally power is the play of blood shedding. A human becomes blood thirsty of his fellowmen’s blood. Dodo narrates:

(You don’t know whose clay belongs to whose bodies. It is of brave people who rejected to return back from the battlefield. They did not return home until there were aliens on their land. They were not shaken by a strong wind or not shaken by a dust pir. They sacrificed their strong bodies on their motherland. Their limbs were made of iron. They glitter among their succeeding generations with colorful turbans. O brave people of Sindh! Do make a frontline against the enemies. All may aim at their arrows to the enemies in bursts as the hailstorm. The enemies may be frightened by the running and snarling of horses. The scene of the fight may emerge as the dust storms. Today, either we have to return after defeating the enemy or have to sacrifice our lives on motherland)

In this way, the fight goes on and Dodo senses the defeat and he calls the death as a hiccup. As the boat moves over water when its anchor is removed so is human life. It is such a colorful and complex phenomenon that faded away with a single stroke of the brush of death. It is a great mystery attached with human life. The death is a taste to be tasted by every living existence. Philosophers like Avicenna have also reflected on the mystery of death in these words:

(Every tie was unknot but the death)

Dodo envisions a way forward for human life in spite of the trying conditions of ferocious fight. In the words of Ayaz:

(The ending moment has been reached. Death is only a hiccup as someone removes anchor of boat. It is a great mystery of human life. None knows about the nature and limitations of death.)

He tries to motivate Chanesar in these toilsome conditions but could not succeed. Dodo seems stood by his stand that life is a phenomenon of coming and going. The fight between forces of good and bad have been fighting since time immemorial and will be fighting in times to come. Names changes, dresses change, fields change but the fight goes on. It is an open option for human being either to be a Dodo or a Chanesar. The steadfastness helps a human being to be immortal in history. Shaikh Ayaz has depicted the character of Dodo as the representative of ‘truth’ and ‘right’. The fight between good and evil goes on but the final victory is for good. Dodo says to Chanesar:

(Whatsoever you may say, I will not die away. I shall come back with new name and with different shape to fight my fight for right. It is the centuries old fight between you and me and shall be on and on…..) 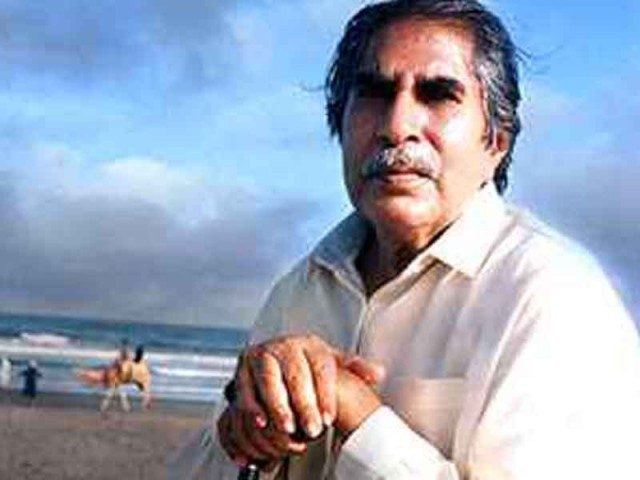 By and large, it is the choice of people, time and nature. Some play their part as a Dodo and some behave like Chanesar full of greed for power. Shaikh Ayaz has presented the character of Dodo as a brave, committed and steadfast character who with the help of Baghi stands against a strong force of Sultanate by honoring the call of time. His pertinent role makes him immortal in history. There are different stresses which pull or push people. Chholi comes before Dodo to entertain him but he refuses. Chanesar his brother brings an army from another ruler to have power but Dodo fights against it. A huge number of enemy’s army creates a threat but Dodo ignores it. That is the pertinent response by Dodo. By that resilient response, he enjoys great honor in the history and hearts of people. Shaikh Ayaz has done wonderful characterization that influences human thought and motivates for adaptation of the role for ‘good’ cause. The history offers different measurements for evaluation of human role but the fight remains same in one or the other form. The fight can be against poverty, disasters, epidemics, pandemics. It needs the character of Dodo so as it can fight for the cause fairly and squarely. 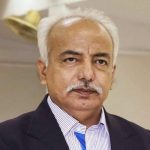 Noor Ahmed Janjhi is a senior educationist based in Desert District Tharparkar Sindh. He is author of several books in Sindhi as well as English language on folk literature including two poetry books.

One year under the swinging blade... 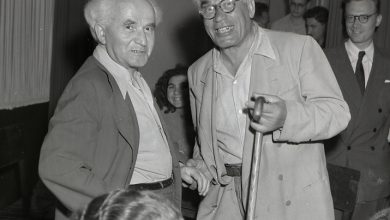