Let me summarize the main points of the discussion thus far:

First, and most importantly, no one is suggesting that children in Pakistan should not learn English if they or their parents want them to.

But, experts recommend that early childhood education should be in a language that a child understands and is able to communicate in easily.

Here, one must be very clear about the difference between learning a foreign language as a SUBJECT and using it as a MEDIUM OF INSTRUCTION, i.e., using it to teach other subjects like arithmetic, science, etc. Parents often overlook the great significance of this difference and its implications for learning.

An easy way to think about this argument is the following. Imagine your child being taught everything in Grade 1 in Chinese or Arabic. Do you think he or she would understand or learn anything? If not, how is English any different from Chinese or Arabic for a child whose home language is Hindko? Is English a magical language that makes it understandable to every child in the world the moment he or she emerges from its mother’s womb?

This is not to say that a Hindko speaking child does not have the capacity to learn English, or Chinese or Arabic for that matter. It does, but provided that the foreign language is taught right and according to scientific principles.

This brings us to the second major thing that is being done completely wrong in our system of education — the teaching of English. The proof of this is that we teach English to students for 18 years and they still do not know the language well enough to make a speech in it or write a coherent essay.

Why do we have such a terrible outcome when international refugees, who do not know a word of English before they find themselves in foreign countries, are able to pick up enough of the local languages in one year to be able to get by in them?

The only honest conclusion is that the method being used to teach English as a foreign language in Pakistan is completely wrong. In addition to this, the vast majority of those teaching English, especially in rural areas and small cities, do not know enough English themselves. If you visit an English-medium school in a village you will see the bizarre sight of a teacher teaching in the local language while the textbooks provided by the government are in English. This is called a terrible mish-mash that leaves students confused and often in tears.

What happens when unsuspecting children are taught in this manner and their parents are unaware of what is being done to them? I hope you had a chance to watch the video that was linked in the previous letter. If not, I would urge you to do so before we move on to the next part of the argument:

Watch the video: What Happens

The big lesson is the following: Do not be in a rush and think that by starting English from Grade 1 and using it as the medium of instruction from Grade 1, your child will learn English faster. He or she will not. Instead, his or her ability to learn and enthusiasm for learning will be greatly impaired. In a long life, a three-year delay in beginning to learn English will not matter at all but its premature introduction can hurt a child for life by damaging his ability to learn. This is terrible trade-off that no parent who cares for his or her child should either make or accept.

It is your responsibility to demand that English is taught at the RIGHT TIME and in the RIGHT WAY. 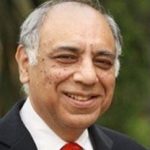 The Black Laptop – A Short Story from Uzbekistan