The Pakistani cultural heritage is known to be very diverse, and its essential elements are folk legacies and tangible symbols. Among others, sacred spaces, religious traditions and pious persons have got a special place in the heritage of Pakistan. From Kashmir to Keti Bandar and Gwadar, and from Landi Kotal to Lahore, the whole country’s landscape is dotted with religious symbols belonging to different religions and cults, and particularly important in this regard is the Sindh province – which is home to hundreds of shrines as well as saints. Overall, the presence of multiple religions and mystical orders and the persons, places and traditions associated with them make Pakistan a country marked by its relationship to the sacred, emanating a spiritual aura and making it possible to give a message of love and religious harmony.

Mysticism is an integral part of Pakistani culture. Without knowing this aspect, any understanding of the cultural inheritance of Pakistan would be incomplete. Thanks to scholars, the world knows about this fascinating set of traditions of Pakistan. In fact, Pakistani scholars and institutions have played a leading role in this regard.

This is the context in which we speak of famous Pakistani anthropologist Dr. Zulfiqar Ali Kalhoro and his recent book on the mystical heritage of Sindh, which has been published by the Endowment Fund Trust for Preservation of the Heritage of Sindh. The contribution of the Endowment Fund Trust to the field of heritage management in Pakistan is great and it needs to be acknowledged at both the national and international levels. Furthermore, the Endowment Fund Trust’s contribution in the form of publications is also of immense importance (e.g. Colors of Heritage; Fatahnamah-i-Sindh; Great Books of Islamic Civilization; Memorial Stones of Tharparkar, Sindh; Shah Jo Raag and Thatta: Makli Monuments – Islamic Architecture). 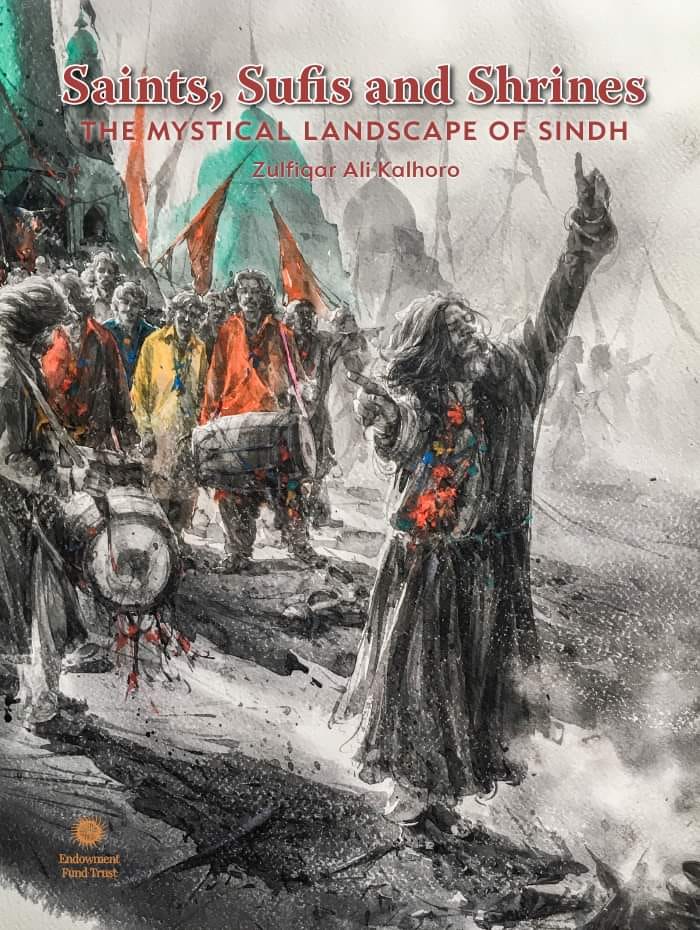 Presently living in Islamabad, Dr. Kalhoro was born on the 4th of January 1977, in the house of Mir Muhammad Kalhoro in Village Abad Kalhora in the Qamber-Shahdad Kot district of Sindh. After receiving his primary education in his native village, Dr. Kalhoro joined the Government Pilot School Larkana, from where he passed secondary education. After that, he moved to Islamabad for higher education.

He chose anthropology as his subject at the country’s best institution, the Quaid-i-Azam University and did his Master of Science and Master of Philosophy degrees in Anthropology with a focus on the ethnography of Sindh. After this, along with research, he started teaching at Quaid-i-Azam University (QAU) and the Pakistan Institute of Development Economics (PIDE). Meanwhile, he also completed his Ph.D. at the Taxila Institute of Asian Civilizations at QAU. The subject of his Ph.D. was the history, art and architecture of the Kalhora period.

He has worked in every region of Pakistan but a large part of his research is on the cultural heritage, literature, history and religious life of Sindh and Pothohar. Dr. Kalhoro has more than 300 publications to his credit, including books, research articles and newspaper and magazine articles. Currently, he is working as an assistant professor at PIDE, Islamabad.

Perspective on the Art and Architecture of Sindh (2014);

Memories, Mystics, and Monuments of Pothohar (2022); and

Saints, Sufis and Shrines: The Mystical Landscape of Sindh (2022).

Dr. Kalhoro’s recent book titled Saints, Sufis and Shrines: The Mystical Landscape of Sindh is on the Sufi heritage of Sindh. As such, Sindh is known for religious diversity and mysticism, and owing to its great mystical heritage, it has been called “the land of Sufis.” The historically embedded mystical traditions are mostly still practiced in Sindh. Several of those Sufis were buried in Sindh and their shrines are located all over the province. The tradition of mysticism in Pakistan, especially Sindh, is perhaps older than even Islam – which would make it almost five thousand years old. In fact, it is possible that the images of mystics depicted on the seals of the Indus Valley Civilization are the earliest evidence of mysticism so far found in Pakistan.

Saints, Sufis and Shrines is about both the famous and not-so-famous Hindu and Muslim saints and shrines dating between the 13th and 20th centuries. It is the first in a series of three books that the author intends to write on Sindh’s Sufi heritage, as he outlines in the introduction of the book.

The book consists of 55 articles. Some of the articles included in this book were published in The Friday Times – Naya Daur, focusing on the ascetics and mystical orders, the shrines of different Sufis and saints and the syncretic traditions that produced them. With these, the author has discussed the dual identity of the Sufis and also the ‘deputies and disciples’ of a few saints and Sufis in some articles. All the articles are written by keeping in view the role and importance of the saints and shrines in the socio-political, religious and cultural context of Sindh.

Covering a multitude of topics and rich in content, Saints, Sufis and Shrines is the result of the author’s 24 years of fieldwork and research on shrines located in different districts of Sindh. The author has greatly benefited from his ethnographic perspectives and the secondary sources while writing this book, and also the local information is very well co-authored. Another interesting feature of the book is the quality of the photographs, helping readers visually experience the Sufi heritage of Sindh.

Saints, Sufis and Shrines is a very interesting and valuable book by Dr. Zulfiqar Ali Kalhoro. I believe that it will be crucially important for the students and scholars of Pakistani culture, and generally an important work of reference for the heritage enthusiasts. 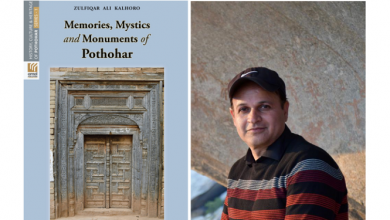