During the 1857 Uprising, Karachi also played an important role. The infantries stationed here also schemed to attack the British military.

Today, the history of the subcontinent is talked about like some sort of mythological narrative or story-bookish tale.

It has been over sixty years since the partition of the subcontinent in 1947. Traces of the Raj can still be found here, in the land and in the minds of the people. Many famous places date back to the British rule and are still functional like Karachi Cantonment Railway Station (1898), Frere Hall (1865), National College of Arts (1875) in Lahore and a large number of market places all over the country.

The British helped develop Karachi city and turned it into a metropolis. They built places for public welfare like markets, museums, etc. Likewise, Empress Market was built in 1889 (one of the traces of the Raj that still exists). The British claimed the market was a gift from Queen Victoria (who had just recently celebrated her Golden Jubilee in 1887) to the people of Karachi.

But what most people today do not know are the events that took place at the site of Empress Market well before its formation. Was what lies beneath the grand structure that has stood there for over a century now all in the name of British Raj and public welfare?

The year 1857 saw the Indian Uprising against the British rule. It started in different parts of the Indian subcontinent and soon posed a threat to the East India Company and the British rule. Mainly local soldiers (designated as ‘sepoys’ back then) conspired to overthrow the British. The whole rebellion caused a great amount of trouble to the authority and subsequently caused the dissolution of the East India Company in 1858. Consequently, the Indian subcontinent was directly governed by the Queen.

Karachi was a whole different territory though, and a very important one. The British realized the significance of its location, specifically the port that could be used for trading; thus they rapidly developed upon the city. Inevitably, Karachi became an important city in terms of political and military power as well. The British established major sections of Karachi as their military cantonment. Among them was the Saddar town where Empress Market stands.

During the 1857 Uprising, Karachi also played an important role. The infantries stationed here also schemed to attack the British military. But what no one knew was that two of their own soldiers would betray them and inform the British of the upcoming attacks.

According to a Sindhi writer Gul Hasan Kalmati, on the night of 13 September 1857, the rebellion was plotted, but two sepoys informed the British army of the 21st Native Infantry Regiment’s plan to attack them and escape to Delhi. 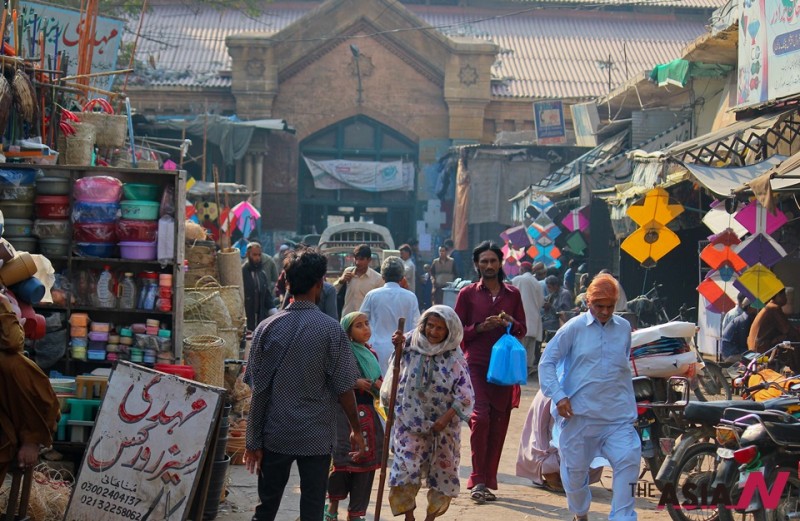 Rebels caught one by one

The rebellion was led by Hawaldar Ram Deen Pandey and Hawaldar Suraj Bali Tevari and all in all, forty four people were involved, but before they could carry out the plan, the British army surrounded the cantonment area. Half of the rebels escaped while the other half surrendered. In the following days, three were found and shot dead. Their bodies were cut into pieces and thrown in the sea. By 16 September 1857, the other nineteen were arrested from different areas of Karachi.

On 17 September, the British army, 14th and 21st Regiment gathered at the site of Empress Market, which was just an empty ground back then with a post office, a horse stable and Saddar market nearby.

Fifteen arrested rebels were hanged, while Suraj Bali Tevari, one of the leaders of the rebellion, was blown from the gun along with two other accomplices (a method of execution employed by the British where the soldiers found guilty of mutiny were tied to the mouth of cannons and fired, literally blowing their body into pieces).

Similarly, Ram Deen Pandey was also blown from the gun on 23 September 1857 and consequently, all bodies were thrown in the drain. The remaining twenty-five soldiers were court martialed and exiled to the Andaman Islands. The prison and the Andaman Islands acquired the name ‘Black-water’ (or Kala Pani) by the Indian prisoners.

The Great Indian Rebellion was successfully controlled, but what followed was quite interesting as the people who had witnessed the assassinations kept coming back to the site to offer prayers and flowers. As years passed, the number of people increased. The place was slowly turning into a memorial and the British authority noticed.

In 1884, the foundation stone was laid for what was to be called ‘Empress Market.’ One of the most famous architects of the day, James Strachan designed the magnificent structure in Gothic style. With a large open-air courtyard in the center, it has four galleries, each sixty-four feet wide. Every gallery has a clock and the height of the main tower is one hundred and forty feet.

Empress Market still stands today, serving its purpose. As one shopkeeper in the market suggested, it was built for the people as it was easier for people to get everything they wanted at one place (probably one of the earliest modern supermarkets in India).

The grand structure still stands today, but underneath are buried many stories of war, rebellion and assassination. The reason we think of these events today as something that happened “once upon a time” is because we tend to think that they do not have any direct effect on us, but they do. The effects started one and a half centuries back.

The stories that we narrate today are because they are still relevant and once they stop being relevant to us, they will naturally fade into history and then if we ever come across them again, we will say, “Yes, we were ruled by the British… once upon a time!” 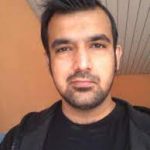 Rahul Aijaz is a Karachi-based journalist and film-maker. This article was first published by the South Korean news agency The AsiaN on March 24, 2014.

LB polls in Sindh: Over 37000 Policemen to be deployed at Polling Stations

The 1857 Rebellion and the Pakistan