Author Etaf Rum is a Palestinian American novelist. Her debut novel ‘A Woman is No Man’ was published in 2019 and now she has returned with a new novel ‘Evil Eye’.

Etaf Rum is a young Palestinian American author whose two novels take us inside the lives of conservative Arab women living in America. Her first novel ‘A Woman Is No Man’ was published in 2019 and now her new novel ‘Evil Eye’ has been published.

Novels about the immigrant experience often turn on the psychic trauma that families endure in a new country. Etaf Rum understands that the experience can leave physical bruises, too.

Her heartfelt and piercing debut novel, “A Woman Is No Man”, explores how domestic violence infects one family of Arab immigrants. In 1990, Isra, an 18-year-old Palestinian, is hastily married off to Adam, a deli manager in Brooklyn. New York sounds promising, and she’s deluged in gold on her wedding day. But her mother cautions that the American Dream is a man’s business.

“Marriage, motherhood – that is a woman’s only worth,” Isra is told.

Fast-forward 18 years: Deya, Isra’s eldest daughter, is chafing against that sexist mantra. Isra and Adam died when she was 7 – a car accident, she’s told – and her aunt Fareeda is now running her through a gauntlet of cooking, cleaning and dismal meetings with potential suitors. Deya would rather escape to college, haunted as she is by memories of “Adam yelling on the other side of the wall, her mother weeping, then even more terrible sounds. A bang against the wall. A loud yelp.”

Rum, herself the child of Palestinian immigrants, elegantly braids Isra and Deya’s stories. Isra is all but commanded to deliver a son, but as daughter after daughter arrives – four total – Adam becomes more remote. Some of his behavior is acculturated – he’s determined to obey his parents, who endured refugee camps and adhere to patriarchal standards. But his insecurity, escalating alcoholism and abusiveness are all his own.

Deya attends an all-girls Islamic school and is effectively caged in her Brooklyn home, yet she finds private ways to revolt; an Eminem CD smuggled into the classroom offers a seductive message of defiance. Her universe expands further when Fareeda’s daughter Sarah enters her life. Instead of the good daughter married off in Palestine, as Fareeda says, she’s managing a Manhattan bookstore that might serve as a portal to a different life for Deya. Her first steps in the city reveal just how cloistered she’s been: “People swerved by like hundreds of Ping-Pong balls” and she can smell “every whiff of its garbage and grease.”

Rum delays multiple revelations (like Isra’s true fate) for dramatic effect, and in the meantime, the novel can feel overstuffed with Fareeda’s repeated lecturing to both Isra and Deya about serving husbands and having sons. (Scenes from Fareeda’s perspective are too-rare humanizing touches; she bears serious scars, too.) But the delaying is also purposeful, evoking the anxiety many families suffer about speaking up about domestic abuse, and the layers of lies and changing the subject that enable and perpetuate “the chain of shame passed from one woman to the next.”

Though Deya didn’t know her mother well, they shared a bond over literature and the sense of freedom books provide. “I just don’t have a taste for romances anymore,” Isra says at one point. “I’d rather read a book that teaches me something… A story that is more realistic.”

That’s Rum’s ambition too, one she admirably fulfills. 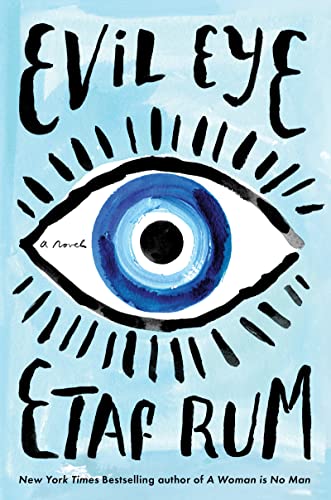 Rum has now returned with a striking exploration of the expectations of Palestinian-American women – ‘Evil Eye’, with the meaning of a fulfilling life, and the ways our unresolved pasts affect our presents.

Raised in a conservative and emotionally volatile Palestinian family in Brooklyn, Yara thought she would finally feel free when she married a charming entrepreneur who took her to the suburbs. She’s gotten to follow her dreams, completing an undergraduate degree in Art and landing a good job at the local college. As a traditional wife, she also raises their two school-aged daughters, takes care of the house, and has dinner ready when her husband gets home. With her family balanced with her professional ambitions, Yara knows that her life is infinitely more rewarding than her own mother’s. So why doesn’t it feel like enough?

After her dream of chaperoning a student trip to Europe evaporates and she responds to a colleague’s racist provocation, Yara is put on probation at work and must attend mandatory counseling to keep her position. Her mother blames a family curse for the trouble she’s facing, and while Yara doesn’t really believe in old superstitions, she still finds herself growing increasingly uneasy with her mother’s warning and the possibility of falling victim to the same mistakes.

Shaken to the core by these indictments of her life, Yara finds her carefully constructed world beginning to implode. To save herself, Yara must reckon with the reality that the difficulties of the childhood she thought she left behind have very real—and damaging—implications not just on her own future but that of her daughters.

Etaf Rum was born and raised in Brooklyn, New York City to Palestinian parents. Her parents grew up in refugee camps in Palestine before immigrating to the United States, and her grandparents also lived out their lives in refugee camps in Palestine. Rum was raised in a traditional family and entered into an arranged marriage at a young age. She then moved to North Carolina where, at the age of 19, she gave birth to her daughter and son two years later. While raising her children, Rum enrolled in North Carolina State University, where she earned a B.A. in English Language and Literature, a B.S. in Philosophy, and an M.A. in American and British Literature and Philosophy.

Echoes of Rum’s experience can be found in her debut novel ‘A Woman Is No Man’. Frustrated by the restrictions on her life and wondering why she could not pursue the kinds of things a man could, her grandmother told her, “Because. You can’t do this because you’re not a man.”

Rejecting that dictum, Rum pursued her education. As she told NPR’s Scott Simon:

“I maintained my education despite the pressures around me to stay home and take care of my kids, and slowly, as I educated myself… I began to realize my place in the community and the cycle of trauma and oppression that I [would] be giving my daughter—if I don’t speak up for what I want to accomplish with my life, if I don’t stand up for myself.”

While teaching literature at a local community college, the idea of a novel first occurred to her. She realized that literature on the Arab American experience from a female perspective hardly existed and needed to be told. Rum lives in Rocky Mount, North Carolina with her children.

Rainwater Harvesting – A Solution to Flooding! 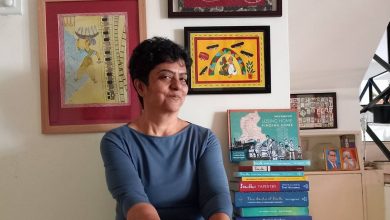 Sindhi voice is unlikely to carry much weight in public life: Saaz Aggarwal 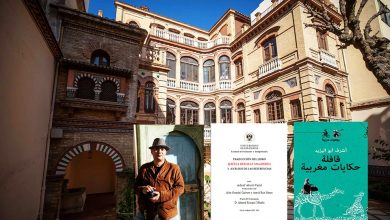 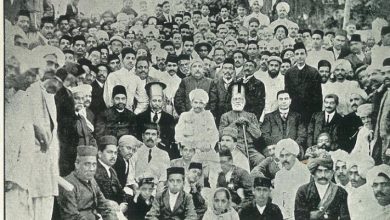