Weighing the hurdles Afghan women now face, and how the international community can respond

With the Taliban back in power Afghanistan, many are worried what the future holds for women and girls in the country. In a recent East-West Center webinar, four panelists spoke about the issues Afghan women are facing, including access to education, representation in government, and new rules blocking their ability to keep working. They also discussed how major setbacks to press freedom can put women in the country in greater danger.

“What we see is that hard-won progress is really at great risk and that the Taliban takeover so far has meant broken promises,” said Anita Bhatia, deputy executive director of the United Nations’ gender equality agency, UN Women. “We have not yet seen the Taliban walking the talk.”

The speakers agreed that the well-being of women in the country is at grave risk. Recently, a Taliban spokesperson said that women should not work in government and should instead “give birth and raise children.” Other restrictive policies have returned, such as strict dressing guidelines and rules that separate genders. Girls in grades six and above are no longer permitted to go to school. Panelist Samira Hamidi with Amnesty International’s South Asia regional office said it is imperative that the international community not look the other way and that stakeholders push to restore Afghan women’s rights—rights that she said are in accordance with both the teachings of Islam and international human rights law.

Countries that are negotiating with the Taliban should use their leverage to effectively stand up for women’s rights, she said, for example designating a specific quota of humanitarian aid for women. “There have to be specific calls for keeping the gains of Afghan women,” said Hamidi, who is based in Sri Lanka. “I don’t think the Taliban can survive without the international aid and finance it needs.”

Ambassador Roya Rahmani, Afghanistan’s former envoy to the US and the first woman to hold that position, said the future of women in Afghanistan will determine the future of the entire country. “In a society ravaged by war, women’s contributions are absolutely essential for community empowerment—particularly now that the international community is debating how to help Afghan women without empowering the Taliban,” she said. “We need to be very practical in our approaches and also very creative.”

Practical steps include ensuring that Internet, cell service, and electricity is maintained so connectivity with the outside world is not lost. “That will ensure violations of human rights and dignity won’t go unaccounted for,” she said.

“The Taliban from the beginning were opposed to women… and they still do not accept women as active members of society,” said Farida Nekzad, director of the Centre for Protection of Afghan Women Journalists. Nekzad, who worked as editor-in-chief at a news agency in Afghanistan covering human rights and women’s issues until she fled to Canada when the Taliban returned, noted that a majority of women in the country have lost their jobs, and about 80 percent of media outlets have closed due to destruction or financial problems. About a fifth of the nation’s female journalists have left the country, she said, and those who stayed are now dealing with the trauma. “You can imagine how they are now suffering and living without any protection.”

Nekzad said it will be important for journalists—especially female journalists—to have secure working conditions. Without press freedom in the country, there will be no way for journalists to sound the alarm to the rest of the world over injustices against women.

“Women journalists were the voice for other women,” she said. “They brought the attention of the international community to these problems.”

Story of a Humble Heroine of Sindh

Woman and the Ocean – A poem from Peru 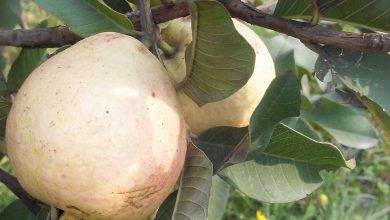 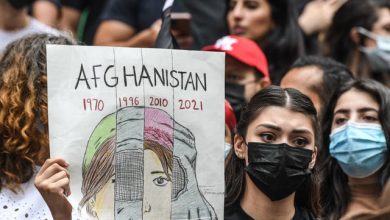