SHC had directed Antiquities Department for action but it shifted its responsibility to District Administration, which convened meeting of District Heritage Committee and formulated recommendations for the department to act.

District Heritage Committee, which met here Wednesday, formulated a number of recommendations to protect and preserve the archaeological sites in the district including the ‘Sudheeran Jo Thhulh’, a Buddhist Stupa.

The meeting, presided over by Deputy Commissioner of Tando Muhammad Khan Mr. Yasir Bhatti, was convened in compliance of the Sindh High Court Karachi’s order in a suit no: 1418/2021 and a letter issued by Antiquities Department of Sindh government dated December 7, 2021.

The District Heritage Committee recommended that immediate measures should be adopted for determining the area of ‘Sudheeran Jo Thhulh’, removing encroachments in its surrounding area, repair of the site and construction of road leading to this site and provision of facilities to the tourists.

It was decided that the District Administration would forward the recommendations to the Antiquities Department for further action. 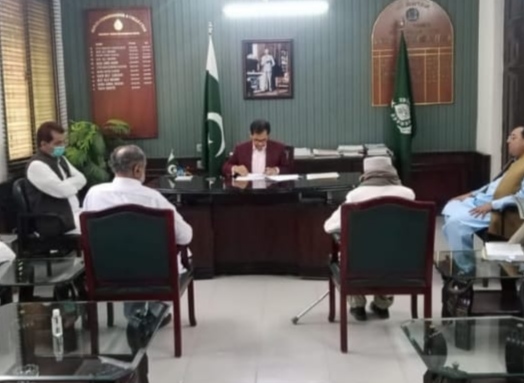 It may be mentioned that Sindh High Court had directed the provincial Antiquities Department to remove encroachments from the archaeological sites across the province and take the necessary measures for their protection and preservation.

The Stupa locally known as “Sudheeran Jo Thhulh” lies between Khhattar and Tando Muhammad Khan Railway Stations on Badin railway line and is about 5 miles from Tando Muhammad Khan. It is near the railway line and is visible from it. The site of the Stupa lies on the eastern outskirts of a big city remains which are all strewn with brick bats and immense quantity of potsherds.