Rehabilitation work was completed at a cost of Rs.30 million with technical assistance of Sindh Agriculture University under the supervision of Rangers

The park is being handed over to Hyderabad Municipal Corporation but a Managing Committee, headed by VC, SAU will look after its administrative and financial matters.

With the technical assistance of Sindh Agriculture University Tando Jam, the Hyderabad district administration has completed the rehabilitation work of Lab-e-Mehran Park at Indus River bank in Hussainabad area at a cost of Rs.30 million.

The Lab-e-Mehran Park was developed to provide recreation facility to the citizens of Hyderabad in 2005 but was destroyed during the floods in 2010. Now the rehabilitation work was carried out under the supervision of Qasim Rangers.

Lab-e-Mehran Park, the second largest park after the historic Rani Bagh, would now be maintained by Hyderabad Municipal Corporation (HMC). The Memorandum of Understanding (MoU) was signed in this respect on Wednesday to handover the possession of the park from Hyderabad Development Authority to the HMC. 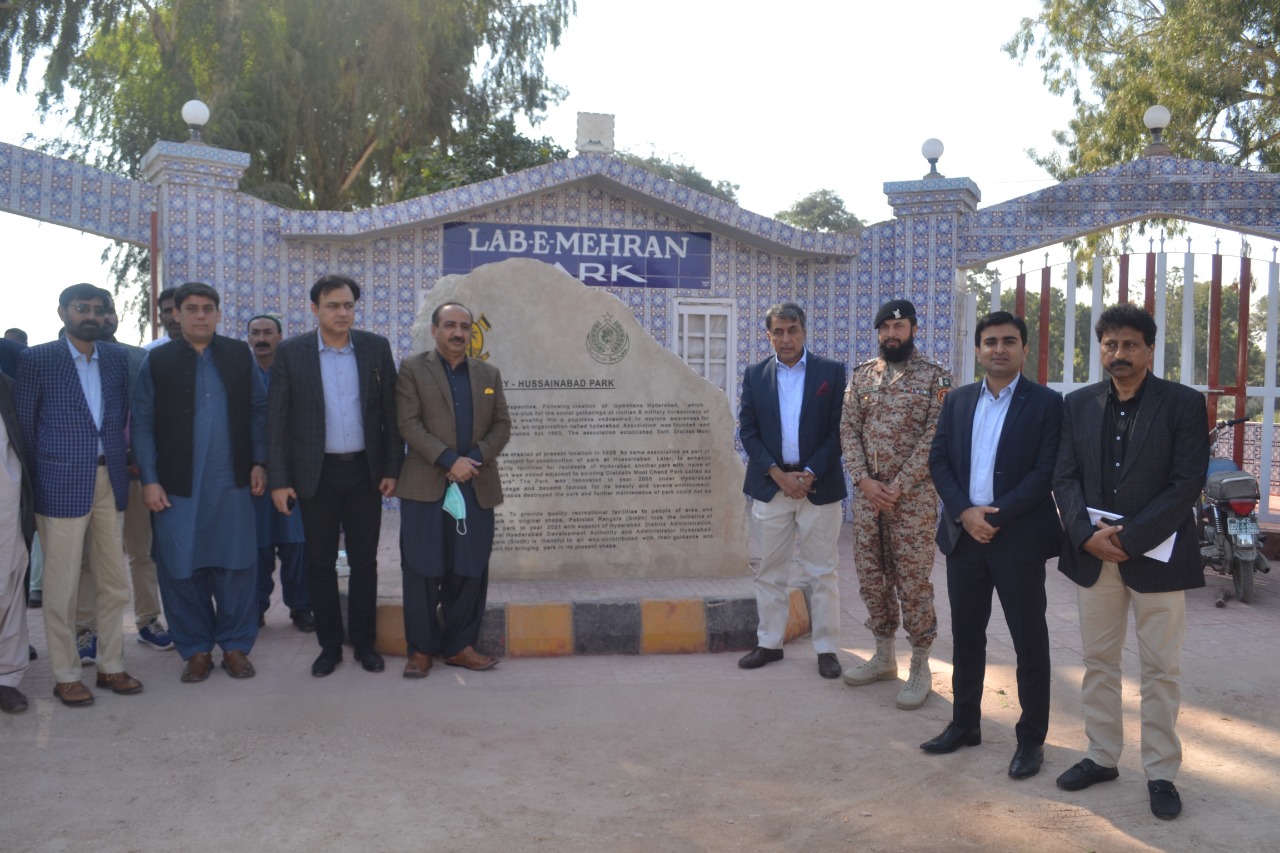 The MoU was signed in presence of Divisional Commissioner Muhammad Abbas Baloch, who however constituted a Management Committee headed by Vice Chancellor, Sindh Agriculture University Dr. Fateh Marri to look after the matters related to the administration, income and expenditures of the park.

Speaking on this occasion, Commissioner said that this park has great importance being very close to the River Indus and would prove to be an attractive picnic point.

Commissioner Baloch directed the concerned authorities to ensure provision of all the facilities at the park for visitors including mosque, lavatories, swings, fun-land, boating and diving in the river besides availability of divers. He added that ensuring security of the picnickers would be foremost job of police and rangers. 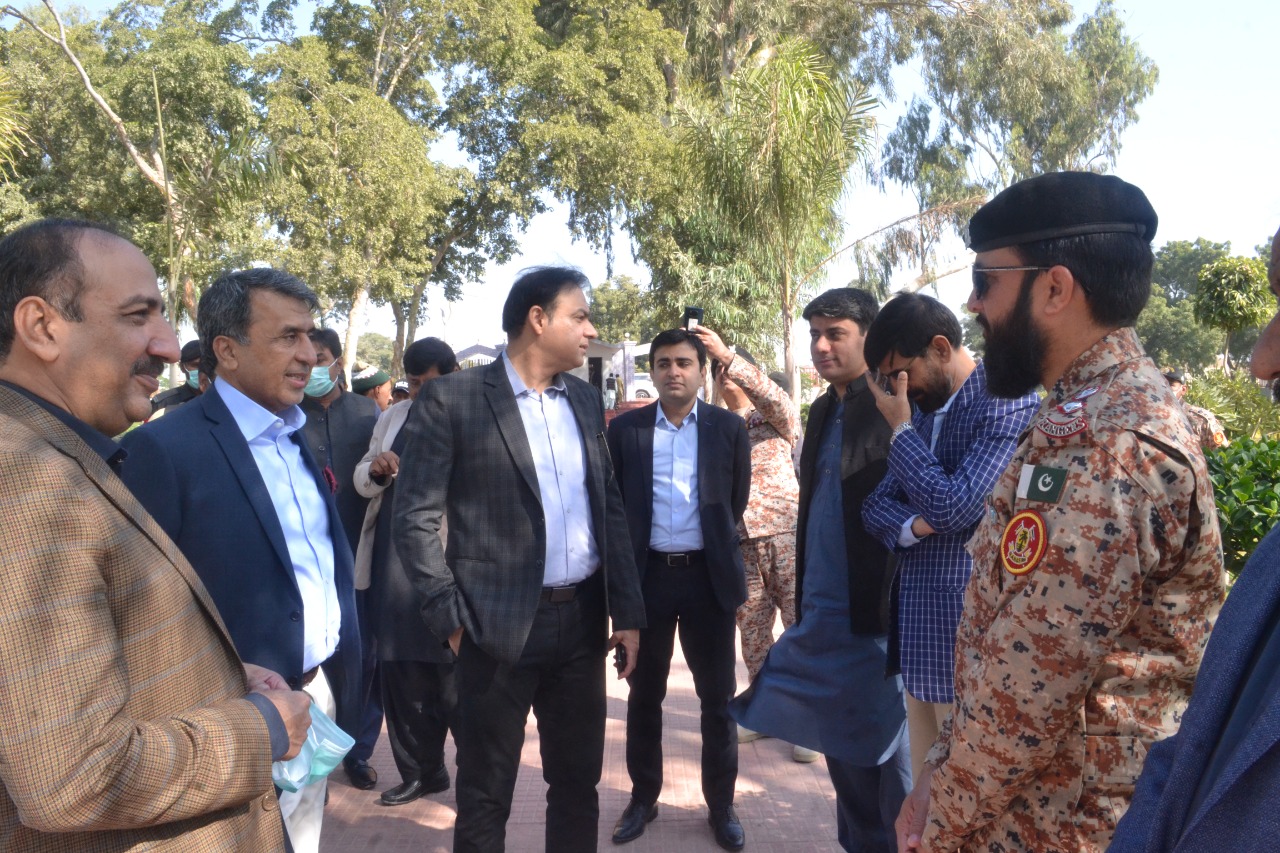 “For further improving the park, the concerned authorities should seek the services of Sindh Agriculture University, Forest and Irrigation Departments as well as Rangers,” he advised.

Deputy Commissioner Hyderabad Fuad Ghaffar Soomro said maintaining the parks and graveyards was the responsibility of local government but the district administration extended its full cooperation in rehabilitation of Lab-e-Mehran Park and would continue to assist the HMC in running the affairs in future also. 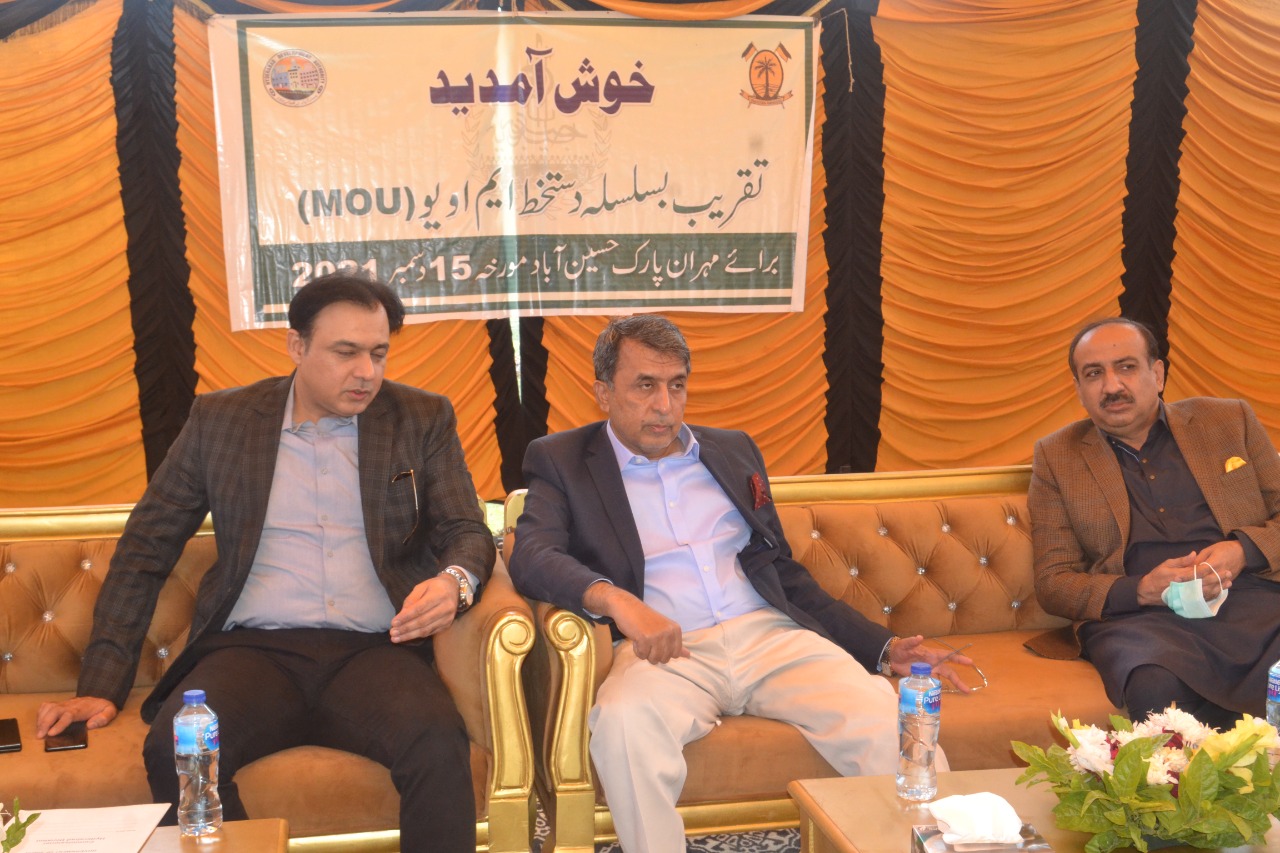 Lt. Col. Salman, Wing Commander, 73 Wing of Qasim Rangers told that the people had started excavating the sand after the park was destroyed in 2010 floods.

He told that the Rangers have planted 29000 saplings at the park while walking tracks, lake, leveling and lighting work has been done with the help of Hyderabad Development Authority.

According to Lt. Col. Salman, there are security issues at night due to load shedding of electricity therefore installation of solar lights is must.

District Forest Officer Imran Bhutto told that his department has planted 2500 saplings in the park.

Sindh continues to suffer due to water shortage