Thatta: Discussing the overall situation prevailing in education sector in Sindh, the academia, social activists, and members of civil society expressed “great concern” over the declining standard of education and lack of basic facilities in the schools of Thatta District at a conference held by Peasants Struggle Forum Thatta in collaboration with local Press Club here on Saturday evening.

Addressing the conference Chairman Sindhi Language Authority Dr. Mohammad Ali Manjhi said that Education had been made a business that was beyond the reach of the poor.

Pro-Vice-Chancellor Sindh University Thatta Campus Rafiq Memon Said that poor standard of education in the district would leave an adverse effect on the coming generations and added that if measures were not taken the district would witness a sharp decline in literacy ratio in the years ahead.

Dr. Shahid Siddiqui said that elected representatives, the corrupt coterie of bureaucrats, and untrained teachers were responsible for the declining standard of education in the district. Educational reforms were needed at grass root levels, he added.

Social Activist Lutif Hallo said that Closed Schools in the district should be made functional and the teachers must be trained to meet the needs of modern-day education.

After the conclusion of speeches, a documentary throwing light on the causes of declining education standard was shown to the participants of the conference. 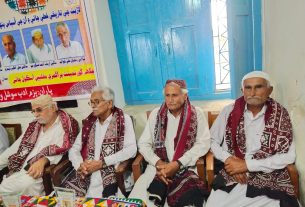 Retired teachers of coastal town Jati eulogized for their services 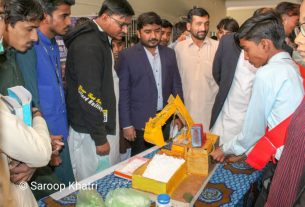 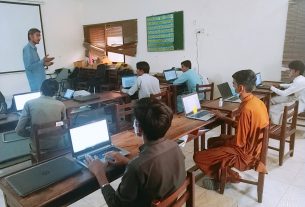