Most of the problems born, more deftly when political figures especially in power and opposition pushed their narrow agendas of bringing their personal interests and hitting opponent near nose with clumsy fist coursing muscles.

Anton Chekhov, Russian short story writer known for his classical masterpieces on psychological realism, wrote ‘The black monk’ – a short novel that illustrates story of Andrey Kovrin, who is lecturer in psychology and working at philosophy in general. Kovrin is invited by Tanya, a young lady and childhood fellow as well as the daughter of his former guardian Pesotsky to stay with them at Borissovka for vacation that Kovrin accepted.

Pesotsky had an immense house, peeling the architectural molding. The old park, stretched for almost three-quarter of a mile to the river. But near the house itself, in the courtyard and orchard, which together with the nurseries covered ninety acres, which smell marvelous roses, lilies and camellias; such a wealth of flowers. A great number of proletariats co-working in garden under the authority of Pesotsky. He was bothered tremendously that, “what will happen to the garden one day I will die”. Pesotsky knows that Tanya feels joy when she is surrounded by nature but after his death, she will be mistress and get married, afterwards mother children. And Tanya will have no time for garden and it will be handed to devils who will run it for own profit.

A worried master and father Pesotsky, who admires young Kovrin for his talent, humbleness and struggles through pursued a great career, offers Korvin to marry her daughter. Few days after the conversation between two nostalgic fellows, Kovrin married to Tanya.

Soon later, Kovrin suffers from psychological problems, he hallucinated a monk in black, who never existed but only in Kovrin’s thoughts. The mental disorder changed circumstances horribly which resulted fadedness, rudeness and clumsiness in Kovrin’s behavior and he left Borissovka his in-laws’ town to Sevastopol. But before leaving Kovrin vomited poison in presence of his wife that broke her into pieces, he also fiercely added, it was Tanya’s father who asked him to marry her. Pesotsky was standing near doorway and heard every word Kovrin vomited. Soon Pesotsky went back to his room, remained there for few days until he died.

Days wasted, Kovrin received a letter from his wife Tanya that reads “My father is just died. I owe that to you, for you have killed him. Our garden is being ruined; strangers are managing it already – that is, the very thing is happening that poor father dreaded.”

Analyzing the story psychoanalytically through Slavoj Žižek, Slovenian psychoanalyst and philosopher, with the lenses of Jacques Lacan, French psychoanalyst and psychiatrist. According to theorists, “through fantasy we learn desire” (Žižek), and “desire is the essence of reality” (Lacan). The basic paradox of story that is aiming at: the subject (Pesotsky) is confronted with –the fantasy himself created– scene from the future, which pictures garden will be ruined if he dies, and he wants to intervene in and change it. Pesotsky takes stance and decides to get her daughter married Kovrin so he could make fantasy not happen. His stance of decision making, and it is not that Pesotsky could achieve nothing but quite the contrary, only through his intervention and stance, fantasy became reality and the devastation of garden was inevitable. The initial illusion of Pesotsky comprises in formal exclude in the scene his own act. In other words, the fantasy or prophecy is no illusion anymore, by means of his or her strive to evade. When one sees symptom of fantasy that is advance of destiny, he endeavors to escape or change that fantasy but its endeavor that makes the fantasy reality.

Pesotsky’s attempt to swap scene from the future, by means of this very attempt that was predicted, is prophecy to realize the reality of destiny itself. Without fantasy or attempt to evade fantasy, Pesotsky would live longer happily with his daughter and taking care of garden. But, if he dies, Tanya might marry a gentle and humble man and lives happily. And there would be no ‘Kovrin complex’.

Relating to current scenario, the history shares grand books on Pakistan’s political and economic turmoil. There has been failure of governance and unreformed economic policies that created instability in county. Reforms that could have fascinated country and transformed its fate through high-growing economy and sustainable trajectory were often postponed. Most of the problems born, more deftly when political figures especially in power and opposition pushed their narrow agendas of bringing their personal interests and hitting opponent near nose with clumsy fist coursing muscles.

Deliberately, Pakistan Democratic Movement (PDM), a coalition of major Opposition parties, during the reign of former government of Pakistan Tahreek-e-Insaaf (PTI) shared contemplate of turmoil and instability in Pakistan, accusing ruling party for its mismanagement of policies and lack knowledge of state affairs. Further, PDM added notion of scenes from future, that soon the circumstances of state affairs will be catastrophic, economic instability: currency depreciation, single US dollar might touch in interexchange rate 200rs, lack of management of state institutions, political polarization, targeting dissent/opposition on personal benefits and derail state institution to further own aims. Public will be in the street due to high inflation in the time of no access of earning to fulfil their daily needs of survival. Nevertheless, it sounds, perhaps one of the most difficult situations will be fallen, which through the country would suffer tremendously as par PDM demonstration.

In persuasion of state prosperity and escape the scene from future that would hit-hard, Opposition (PDM) explicitly called for no-confidence vote for Prime Minister Imran Khan in parliament at the means of constitutional procedure. Consequently, opposition won by solid majority and selected/elected new prime minister of Pakistan.

The reign of PDM starts. US dollar hits 200rs, former ministers, members of parliament and PTI workers have been raided and kept under bars for political purposes, state institutions are being engaged in political polarization, hundreds of thousands common people are in the street, and country suffers political, economic and security challenges.

This paradoxical structure raises a question, truth or misrecognition? The truth is Opposition (PDM) had knowledge, what situation will be once no-confidence vote is won in its favor; and misrecognition is, PDM did not do homework perfectly. It pursued strategy until PTI government fails, when government ungoverned, PDM had no idea; which card should be shown.

Towards theorists, the fantasy of state turmoil has been faced into reality. The subject (PDM) is confronted with fantasy that country will face historic crisis under the PTI government, and pursued strategy of time to dismantle it. Subject calls for no-confidence vote and won with hard-balls. But the process of strive to escape the scene from future through no-confidence vote, worked well in favor of fantasy. The fantasy of state turmoil, “fantasy without fantasy” is destined perfectly. PDM’s attempt to swap scene from the future, by means of this very attempt that was predicted, made fantasy the reality of destiny. Without fantasy, situation might be different, probably country had worse time but least than now.

Afzal Panhwar holds an I.R (Hons) degree from University of Sindh. He is freelance writer and can be reached at: mahammadafzalpanhwar@gmail.com

Pakistan needs to change syllabus for developing tolerance and harmony 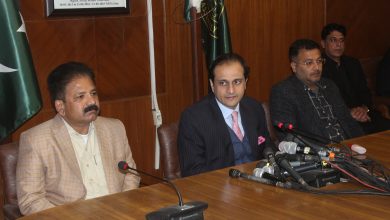