His novel, Nadeed (Blind, 1983), depicts life beyond the world of light and shade with the story of a home for the blind articulating how sight brings with it all sorts of barriers and a nagging sense of deprivation.

Much before Nobel awardee Jose Saramago (1922-2010) made sightlessness the core of his trailblazing novel Blindness (1995), the celebrated Urdu author Joginder Paul (1925-2016) presented visual impairment in a multidimensional existential idiom. His novel, Nadeed (Blind, 1983), depicts life beyond the world of light and shade with the story of a home for the blind articulating how sight brings with it all sorts of barriers and a nagging sense of deprivation. Visual impairment is not always a total misfortune; it sometimes liberates us from the scourge of deprivation that sight produces. Since seeing leaves the individual in the whirlpool of rack and ruin, the act of unseeing could liberate one from a life of sin and shame. Jorge Luis Borges (1899-1986) got it right in this densely textured poem on blindness:

At the far end of my years, I am surrounded by a persistent, luminous fine mist, which reduces all things to a single thing with neither form nor color.

Like Borges, Joginder Paul found a connection between writing and blindness. These observations of Paul’s awe-inspiring oeuvre are showcased by critic and translator Chandana Dutta in Joginder Paul: The Writerly Writer, which provides an incisively synoptic understanding of the celebrated author through a selection from his voluminous literary output. The anthology, divided into eight sections, locates him in the larger context of Indian literary traditions and cultural sensibilities. In her clear sighted critical appraisal, Dutta spells out Paul’s distinctive features: “His fiction carried the concept of seeing and not seeing, of perception and imperceptions, sight and blindness at their center. It culminated in the ingenious Nadeed (later translated as Blind), a novel critically acclaimed by almost all the major critics in Urdu and which even today brings forth undiminished praise.”

Nadeed fashions a gripping narrative of ontological issues, of being and not being, of seeing and not seeing through solipsistic questioning. The novel focuses on the inmates of a blind home who are sightless, gullible and impoverished but are enlivened by a deep-rooted conscience. The protagonist, Baba, once blind, oversees the home. He regained his sight after he met with an accident but keeps it a secret from the other inmates. Soon the defining traits of sighted selfishness, greed, hypocrisy, falsehood and deception make him blind, stone blind! Also included in this volume are Dutta’s discussions on the novel with prominent Urdu critics like Shamsur Rehman Farooqui, Wazir Agha, Qamar Raees, Wahab Ashrafi, Nizam Siddiqui, Ateeq Ullah and others.

Paul’s daughter and well-known poet, painter and critic, Sukrita Paul Kumar, who rendered Nadeed into English, analyses it judiciously: “The story starts from a specific blind home that gradually expands into the entire country becoming a blind home. It brings within its fold the political and social culture of the entire nation, clearly demonstrating the blindness of those who can see”.

Besides producing four sensitively rendered novels, two novellas, 10 collections of short stories and two volumes of non-fiction writing, Joginder Paul introduced the miniature story to Urdu literature and published four collections in the genre that’s variously known as flash fiction, micro fiction, postcard fiction and sudden fiction. Paul himself coined the term afsanche for the plot-driven narrative of up to 750 words that zeroes in on a segment that can be taken for an evocatively conclusive experience. John Updike, David Foster Wallace, and Margaret Atwood are all adept at the form. Paul made it a site for unravelling different dimensions of an emotional reversal that resonates with readers. Many of his mini stories strive for something beyond a startling twist:

In Bharam (Illusion) – When the sculptor completed the picture of his beloved after many years of practice and devotion, his beloved started looking unfamiliar to them. (Translated by Asim Siddiqui)

In Ghair (Other) – I have begun to doubt myself. I have become the other. (Translated by Asim Siddiqui)

The editor of this volume has done well to include several translated excerpts of Paul’s writings that acquaint the reader with the sweep of his dexterity. The fourth section, A Creative Conscious par Excellence: Conversations and Dialogues, carries conversations with and on Joginder Paul. Here, Dutta has roped in several proficient translators including Asim Siddiqui, Kirti Ramachandra, Nirupam Dutta, DR Goyal, Sukrita Paul, Abdul Naseeb Khan, Sami Rafiq, Huma Khalil, Ambar Ahmad, Jai Rattan, Amrita Ghosh, Christopher Merril, and Sunil Trivedi. On the whole, the translations read well though the occasional turgid sentence does turn up. Still, the book lives up to its aim of recognizing Joginder Paul as an important creative voice within the larger pan-Indian literary context.

Shafey Kidwai is a bilingual critic and a professor of Mass communication at AMU. 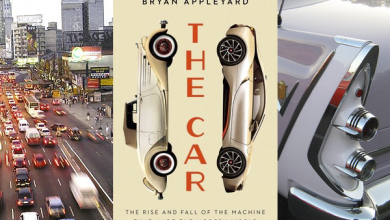 Considering the Automobile’s Influence on Society 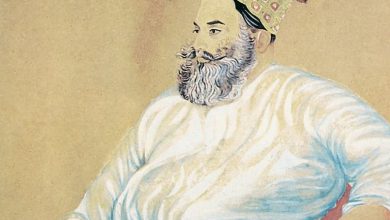 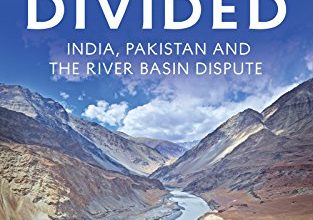 How Politics Dictated Indus Waters Treaty from First to Last