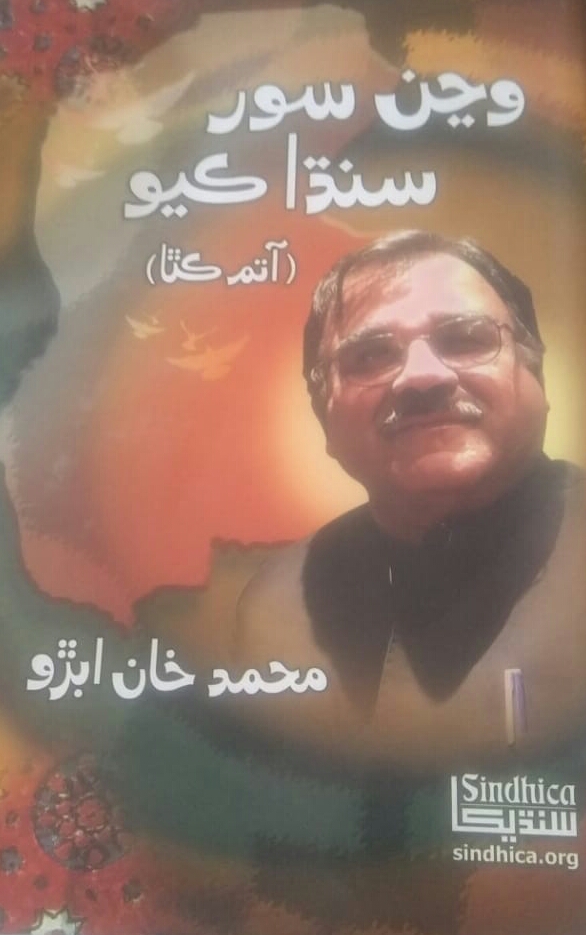 Autobiographical writings compel the authors to recall the forgotten faces and remember the ignored events. However, in either case writers are relived from a heavy burden of the past.

Since mid of 1980s, in Sindhi language considerable number of memoirs, autobiographies and biographies is being published. Till now trend continues. The common point among these authors is that they are from lower class or lower strata of middle class. But, all of them believed in hard work and thought education as a key of success. One could take the preceding sentences as granted but it was Herculean task in later 1960s and early 1970s. The case in point is recently published memoir of Muhammad Khan Abro. Its publisher is Sindhika Academy, Karachi.

The Indian publishing world claims that readers usually avoid the book, in four situations: a) a title is superb, but text is substandard; b) text is excellent, but the title is poor; c) book is brilliant, but dedicated to persona non grata, and d) book is rubbish but devoted to persona grata. Muhammad Khan Abro’s memoirs entitled, “Wajjan Soor Sandha Kayo” (Let Break the Spell of Pain) has defied all these situations.

The title of the book is a vivid example of book crafting art, and the text is a polished form of resilience. Likewise, the book is a story of lived life, rather than passed life. It is dedicated to those persons, who lit the light in the gloomy life of the author. These persons are authors’ mother, father and teacher.

The book’s narration reminded me Booker T. Washington’s autobiography entitled, “Up from Slavery”. The title suddenly popped up in my mind, perhaps its text has a lot of resembles with author’s memoirs. Booker T. Washington has described his personal experience that how being a slave; he overcame obstacles, and educated himself. Likewise, Muhammad Khan Abro has also passionately told his story that how his family migrated from tiny village Buhlan to Sehwan. In those times, the town was known as Sehwan Sharif. The author has recalled old days of town, when it was brimmed up with life. Its routine social course was mingled with sublime interactions. In those days, co-existence was cultural code of town. Later on, the partition changed the town’s complexion. Hence, Sehwan like other towns of Sindh became a ghost town, and its streets gave the desert look. However, life retained its pace, and people migrated from nearby villages and occupied the vacated houses. But, those houses took time to become homes for new occupants. In that interval, spiritual hollowness captured the town. The author’s description of newly inhabitants’ social life reminded me E.E. Cummings poem, “Anyone Lived in a Pretty How Town”.

The poem has described ‘a community in which everyone generally keeps to themselves’. The inhabitants grow up, get married, raise a family, and life repeats itself —without a joy. Amidst such isolation and monotony, the author finds a purpose of life, when he joins Jeay Sindh Students Federation. Prior to it, he has attended, Jeay Sindh Students’ grand gathering at Sindh University, Jamshoro. In fact, the author’s presence in that gathering was merely as an attendee, but environment changed him – he became a new person, he cherished a new dream and borne cost for its realization. He did worst type of manual jobs – sold ice cans, and transported fish form Sehwan to various cities of Sindh – Hyderabad, Larkana, and even Balochistan. Finally, he passed matriculation and intermediate examinations. Another topic which author has sporadically mentioned is his deep involvement with the cause of Sindh. In addition to that, he has openly shown his love for GM Syed. The author’s memoirs about Jeay Sindh Students Federation’s activism tells us a lot about those times that how nationalist politics elevated profiles of common persons. The case in point is author’s success in students’ elections of Government Boys College, Sehwan. The success in elections quickly and permanently changed his status in Sehwan, one of the power-centered towns of Sindh. The author’s selectively narrated pieces tell that how power operates at local level. He has also openly pointed out that in 1970s, Pakistan Peoples’ Party forcefully used government officials for winning students’ elections in colleges. The author has quoted two examples – one example is of an education officer, who was pressurized by the then Minster Mr. Abdul Waheed Katpar. The Minister threatened the official to stop his boy from joining the panel of Jeay Sindh Students Federation. In another situation, one candidate named Qurban was forced through local landlord to withdraw his candidature.

Apart from it, the author has also narrated numerous events of internal politics of Jeay Sindh Students Federation that how the central leadership used to manage units or districts’ elections. In the whole narration Jeay Sindh Students Federation, Sindh University and GM Syed are most frequent themes. The considerable pages are dedicated to the history of Jeay Sindh Students Federation. These pages reminded me Jeremy D. Popkin’s book “History, Historians and Autobiography”, where he has mentioned that how autobiographical literature and history are connected. He has argued that over the period personal accounts, diaries and memoirs become sources for historical understanding.  The present book matches Popkin’s standard. In addition to that the present book helps the readers to reconstruct the past. In continuity of above claim, I would add that this book may serve as a tool to understand local history of Sehwan and its vicinity. In fact, Abro’s book invites us to reflect that how society operates at local level, and how interest groups support and contradict each other. Its reading helps readers to construct picture of rural Sindh, but it could be done in conjunction of societal contradictions.

The most important aspect of the book is that narrated stuff is not juncture of events and reports. But, there are real stories told with full vigor, commitment and personal involvement. The readers must realize that events mentioned are neither statements nor isolated happenings. On the contrary, the narrative is full of stories, where joy, sadness, and helplessness are apparent.

My creative writings’ background allows me to call Abro’s memoir ‘a book of stories and experiences’. These stories are titled and categorized under chapters and themes. Let me state that chapter, which has portrayed the story of the author’s elder brother Ghualm Hussian’s accident, and the switching moods of his mentally not well brother is core and crust of the book. The unbearable scene I read in this chapter was the father’s farewell to his young son named Iqbal, who died due to heart disease. The farewell scene, could cut thousands holes in passionate heart. Another scene of helplessness portrayed by author is his struggle to buy a prescribed injection. The provision of the injection could save his brother from amputation. The author has figuratively depicted picture that how he ran after one medical store to another, begged store keepers, and longed for injection.

The immediate lesson of this chapter is that sufferings are temporary, and they push us to life’s threshold experience. It is a fact that sufferings do one of two things to a person: it either consolidates or it tears apart. However, in case of author, all sufferings, and frustrations have molded his personality from an ordinary worker to the strategist. The case in point is his struggle in State Bank of Pakistan.

The anatomy of Abro’s book roams around three psychological areas: sense of responsibility, acceptance of life’s reality, and believing in camaraderie. The author has mentioned lot of acts, which are well thought acts. Resultantly, this thought-act collaboration has helped him to create his destiny. Its one of the form might be Sindhis settlement in Karachi or creating more slots for Sindhis in employment. I believe that author’s positive psychology has encouraged him to tell his story that life oscillates in between ‘success-failure’ and ‘pain-pleasure’ phenomenon. The book tells that life doesn’t exist in black and white. It is grey, messy and unpredictable.

Regardless of the above points the narrative’s impact is a therapeutic. I am sure that the author in writing process must have passed the phases of pain and pleasure. I am saying so, because autobiographical writings compel the authors to recall the forgotten faces and remember the ignored events. However, in either case writers are relived from a heavy burden of the past. I am also confident that Muhammad Khan Abro being author of this wonderful book must have felt the same experience, till he marked last full stop in his manuscript.

Dr. Zaffar Junejo has a Ph.D. in History from the University of Malaya. His areas of interest are post-colonial history, social history, and peasants’ history. Presently, he is associated with Sohail University and Institute of Historical and Social Research, Karachi. 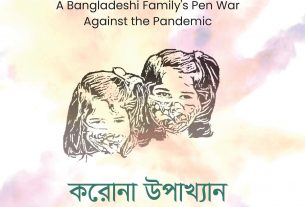 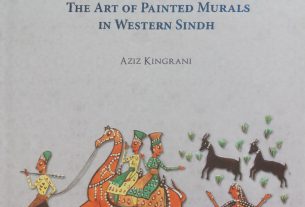 Paintings on the Walls: The Impulse to Adorn 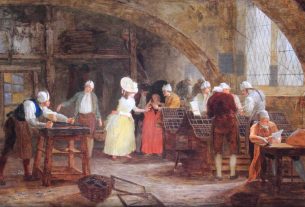 Pirating and Publishing: The Business of Books