Bhimbar Trar village is noted for forgotten heroes of the two world wars. The descendants of these soldiers have persevered the medals of their ancestors.

Almost every hamlet in Bhimbrar Trar village near Gulberg Residencia in Islamabad capital territory is noted for its unique history, heritage and culture. Some of the names of these hamlets include Haveli, Mohra, Bain Syedan, Dhoke Khuda Bakhsh, Ban, Dhoke Jandi, Dhoke Kaneti, Pulam Chahek, Ratti Kassi, Chountra Sodagrhan, Chountra Rajgan, and others. Some of the settlements in Bhimbar Trar village are noted for historical monuments which were built in the nineteenth and twentieth centuries. These settlements include Chountra Sodagrhan which is famous for the historical Jamia mosque that was built in the second quarter of the nineteenth century by Mirza Sikandar Khan, a celebrated merchant of the area, and Chountra Rajgan which is noted for the historic houses of Bangial brothers which were built in the first quarter of the twentieth century.

I had a conversation with Wali Muhammad Bangial, who is a famous carpenter and village intellectual of Chahek village. He moved from Chountra Rajgan to Chahek village many years ago. He is the only person in the village who knows a lot about the oral history of the village, capable of discussing in detail when the village was founded and who founded it. He also tells the history of the migration of his tribe Bangial from Changa Bangial in Gujar Khan Tehsil to Bhimbar Trar and other villages in Kirpa and Darwala union councils in Islamabad capital territory. Bhimbar Trar village is also noted for forgotten heroes of the two world wars. As per the English inscription on a memorial tower (Burji), 25 people from Bhimbar Trar village went to the First World War and four people gave their lives.

The British government constructed a memorial tower (Burji) to commemorate heroes of the First World War 1914-1919 from Bhimbar Trar village. Wali Muhammad Bangial knows the names of his relatives who fought in the two world wars from his village Chountra Rajgan. The names of those who fought in both world wars include Raja Khan, Sain Karamdad, Haji Muhammad Suwar, Khuda Bakhsh and Qazi Khudadad. These soldiers from Chountra Rajgan were also awarded medals. The descendants of these soldiers have persevered the medals of their ancestors. Abdul Quddus, the son of Raja Khan has kept the medals and discharge book of his father Raja Khan Bangial from British Army in his protection.

Faqir Muhammad Bangial, the father of Qazi Kudadad, was a landlord in Chountra Rajgan village. He had five sons: Fazaldad, Sain Karamdad, Qazi Khudadad, Alif Dad and Allahdad. Apart from being a soldier in the British army, Qazi Khudadad was also a celebrated mason of Chountra Rajgan village. According to Wali Muhammad Bangial, he was both mason and an accomplished stone engraver, which he learned from his ustad (teacher) who was from Kahuta tehsil. His teacher was a dumb but skilled stone engraver and mason in the Kahuta area.

Qazi Khudadad built five impressive stone-built houses in his village which reflected the lifestyle of the Bangial brothers in Colonial Punjab. All the houses were built of stones that were brought from ‘Mian Bagh Ka Sandh’ in Mehran Di Tharoti hill stream.

The people of Bhimbar Trar village used to extract stone from Mian Bagh Ka Sandh for building houses and mosques in the village. There used to be deep water in Mehran di Taroti, where Mian Bagh Ali Qureshi from Pind Malkan village went to take bath and drowned – and thereafter that place came to be known after his name as Mian Bagh Ka Sandh.

These five houses belonged to Fazaldad Sain Karamdad, Qazi Khudadad, Alif Din and Allahdad. Wali Muhammad Bangial laments that like Mian Bagh Ka Sandh, many other places which were part of their cultural landscape have become victims of the development of housing schemes in the area.

There were five houses that Qazi Khudadad built for himself and his brothers. All the houses were noted for intricate stone carvings. Qazi Khudadad Bangial spent a considerable time dressing the rough stone and later engraving a few slabs to use them in the spandrels of arches which mainly depicted floral designs. Such floral designs were also made on the walls of the house of Raja Khan Bangial which was built in 1913. The stone-built house of Raja Khan was also intricately carved but unfortunately was demolished some years ago to build a new house. However, the stone slabs can still be seen at the demolished house of Raja Khan Bangial. All the stone-built houses of Bangials were identity makers in the entire Bhimbar Trar village which reflected the skill and mastery over the stone dressing and carving by Qazi Khudadad Bangial. The wooden doors were also engraved by Qazi Khudadad Bangial.

The interiors of all the houses were noted for beautiful stucco decoration, traces of which can still be seen. All the doorways, windows, and ceilings of the houses of Bangial brothers were tastefully decorated reflecting the labour, dedication and commitment of Qazi Khudadad Bangial.

According to Wali Muhammad Bangial, Sikhs also lived in the village but their houses were not as impressively built as those of Qazi Khudadad and his brothers. There were three families of Sikhs who lived in Chountra Rajgan. They were all shopkeepers and their shops were located in the village. The names of the Sikh shopkeepers of Chountra were Jodha Singh, Tara Singh, and Santa Singh. Jodha Singh was one of the richest persons in Bhimbar Trar village. Motia the wife of Jodha Singh was also a very rich lady of Chountra Rajgan. Jodha Singh used to visit with his wife Motia and daughter Sonia his relatives in Kirpa. He used to bring groceries from Kirpa and Mughal villages which were the two main marketplaces before the partition of 1947.

Today, the historic houses of the Bangial brothers are in a bad state of preservation, but both stone and wood carvings show the mastery of Qazi Khudadad Bangial as a celebrated mason of the village. These houses can be preserved and used as a museum to showcase the fast-disappearing heritage and culture of the Pothohari villages. The CDA or Deputy Commissioner Islamabad could chalk out a plan to protect the last remnants of Chountra Rajgan’s historic houses and memorial tower – before they become history! 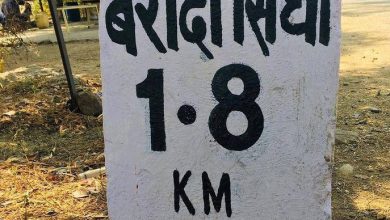 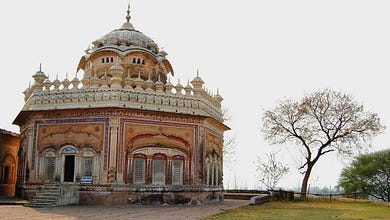 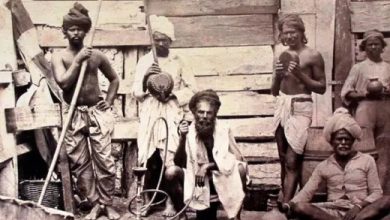