The lifted air contains various chemicals and aerosols produced by industry, agriculture, vehicle emissions and other human-related activities, along with natural biological processes.

While the Asian monsoon brings rain that is vital for the agricultural economy of the vast region, it is also known to suck up into the upper atmosphere chemical pollutants that accelerate climate change.

Scientists are eagerly awaiting the results of a US-led international project that seeks to confirm earlier findings that pollutants generated by human activity get transported upwards by the monsoon system and impact atmospheric chemistry and, in turn, change climate.

Atmospheric chemistry is the study of the components of planetary atmospheres, which includes the troposphere – the layer of the atmosphere closest to the Earth – the stratosphere and other upper atmosphere layers.

Laura Pan is a principal investigator on the project and a scientist at the US National Center for Atmospheric Research, which is leading the Asian Summer Monsoon Chemical and Climate Impact Project (ACCLIP) along with the National Aeronautics and Space Administration (NASA).

ACCLIP is investigating how gas and aerosol emissions affect global chemistry and climate.

“In recent decades, satellites have revealed that the monsoon creates a distinct layer of chemicals about 16 kilometres above the Earth, but we know very little about its composition and evolution,” Pan told SciDev.Net.

“ACCLIP will give us an opportunity to sample what’s there, but we know that whatever its composition, it connects to the climate.”

The month-long project involves scientists from Korea, Japan, Italy and Germany, who will focus on the powerful circulation of the monsoon and sample the chemical pollutants that are pulled upwards into the higher atmosphere where they affect rainfall over Asia in different ways — leading to both floods and droughts.

Researchers, using aircraft based at the US air base in South Korea, will fly through areas with the worst air quality — which happen to be where the Asian monsoon occurs. Scientists believe that while rain pours downwards a wide range of chemical pollutants get sucked by wind systems into the upper atmosphere and that their reactions with one another are linked to climate change.

Evidence that the South Asian monsoon transports pollutants as high as the stratosphere was first available in 2015 when a similar experiment, using research aircraft flying into pollution hotspots, was carried out by the Germany-based Max Planck Institute for Chemistry, the Karlsruhe Institute of Technology and the German Aerospace Center.

The lifted air contains various chemicals and aerosols produced by industry, agriculture, vehicle emissions and other human-related activities, along with natural biological processes.

“Research conducted until now shows that the Asian summer monsoon lifts pollutant gases and aerosols from the boundary layer of Asia to the upper atmosphere. A part of these pollutants are transported higher into the stratosphere and horizontally to the Western Pacific and West Africa in the form of eddies,” Suvarna Fadnavis, from the Indian Institute of Tropical Meteorology in Pune, tells.

“These pollutant gases and aerosols affect the radiative balance and chemical composition of the upper troposphere and lower stratosphere (upper atmosphere).”

Lockdowns during the COVID-19 pandemic brought industrial and road traffic to a temporary halt, reducing the generation of pollutants and affecting the monsoon, according to a 2021 study. Researchers found that rainfall increased over South Asia, which has been facing water scarcity over recent decades.

“Scientists have been interested to know if the pollutants at the surface reach the stratosphere during the strong ascent that occurs during the monsoon and this project may prove helpful,” says Jayaraman Srinivasan, a distinguished scientist at the Divecha Centre for Climate Change and honorary professor at the Indian Institute of Science, Bangalore’s Centre for Atmospheric and Oceanic Sciences.

Fadnavis says that the ACCLIP project may help understand the “linkages of the unknown pattern of Asian summer monsoon with chemical changes occurring at higher altitudes over the Asia-Pacific region and the implications on the monsoon precipitation, extreme or drought, ice clouds, temperature changes etc.”

Jayanarayanan Kuttippurath, climate scientist at the Centre for Oceans, Rivers, Atmosphere and Land Sciences, Indian Institute of Technology, Kharagpur says that wind systems that transport pollutants and moisture are a concern for East Asian and South Asian countries.

“This is particularly important for regions such as the Indo-Gangetic Plain, where atmospheric pollution is very high — the urban regions are already big heat islands and additional warming would make life in the cities more miserable,” he says.

Recent studies identified a region of high aerosol loading near the tropopause – the boundary between the troposphere and the stratosphere – called the Asian Tropopause Aerosol Layer. This also serves to move aerosols to the upper atmospheric layers where high aerosol concentrations can impact ‘radiative forcing’ and cool the Earth’s surface.

Radiative forcing is a measure of the energy balance change in the atmosphere that results from a ‘forcing agent’ – such as greenhouse gases and aerosols.

The Asian Summer Monsoon Chemical and Climate Impact Project will study the outflow – the wind generated by a storm – of the Asian monsoonal circulation, which occurs primarily in the upper troposphere and stratosphere, says Kenneth Jucks, manager for the Upper Atmosphere Research Program at NASA.

“Because we are looking at the outflow, being deployed on the coast of Asia to observe over the Pacific is ideal,” Jucks said. “The outflow is influenced by processes that occur throughout much of Asia, including China, the Himalayas, northern India, and even South-East Asia.”

Kuttippurath says that reliable measurements from the upper troposphere and lower stratosphere have been hard to come by, adding: “This type of campaign would definitely help scientists to better understand the chemistry and dynamics of the region.” 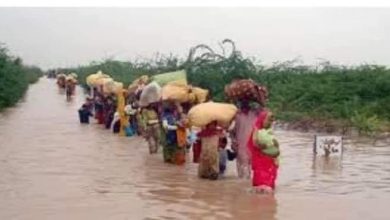 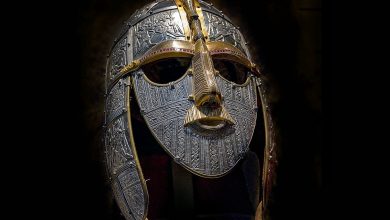 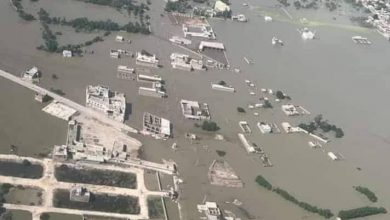