In 2007 in city of Krasnoyarsk, the capital of Central Siberia, an incredible outstanding woman Saadet Ismail Kyzy Karaeva founded as a part of the Azerbaijani national and cultural autonomy, the ensemble ‘Odlar Yurdu’.

Between the two shores of the sea – north and south, left and right or right and left, whoever likes to stand, there is a land, aimed to the east – in the sea, like a giant bird’s beak, which can only be seen from space. The Sushi (Susha) created over tens of millions of years, the teeth of the fish kutum from the countless trillions of pressed sea shells that this fish still feeds on. 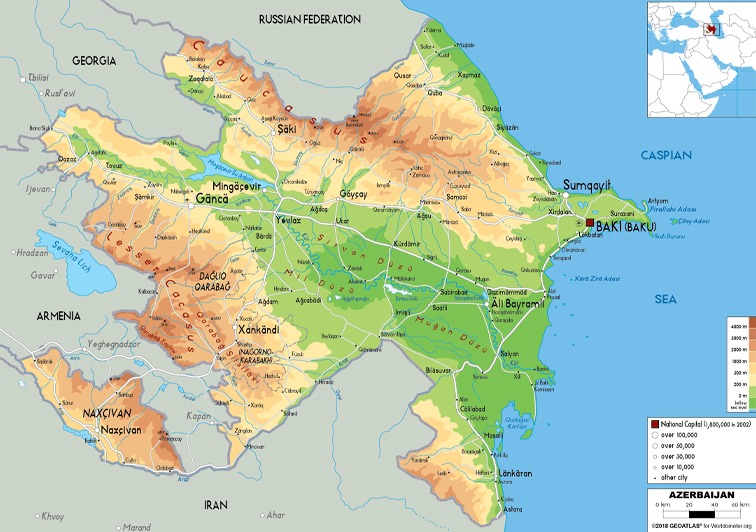 Susha rising from the depths of the ancient disappeared ocean Tetis. Absheron Peninsula, Land of Fire – a place between the waves of the sea raging in the wind to the left and right, from the south and from the north, where I was once born. Country of Lights – Homeland of Lights – Azerbaijani way “Odlar to the Jurdu”. In 2007 in the capital of Central Siberia, the city of Krasnoyarsk, an incredible outstanding woman Saadet Ismail Kyzy Karaeva, was founded as a part of the Azerbaijani national and cultural autonomy, the ensemble “Odlar Yurdu” song and dance. Not even two years have passed since the success of the choreography ensemble “Odlar Yurdu” was awarded a high title “People’s Self-Drafted Collective.” The only one in Russia – the Azerbaijani People’s Ensemble!

Here they teach the azam of folk Azerbaijani folklore dance. In addition to the dance and vocal direction, in “Odlar Jurdu”, training on the game of Azerbaijani national instruments (nagar) is on a constant basis. For 15 years, the ensemble “Odlar Yurdu” has been in excellent creative and physical form. A sense of patriotism, friendliness, talents, skillfully directed by an experienced hand in the right direction, give the desired regular result. A wonderful work, Saadet Karaeva started triumphantly, has been continuing Agil Jafarov for several years. 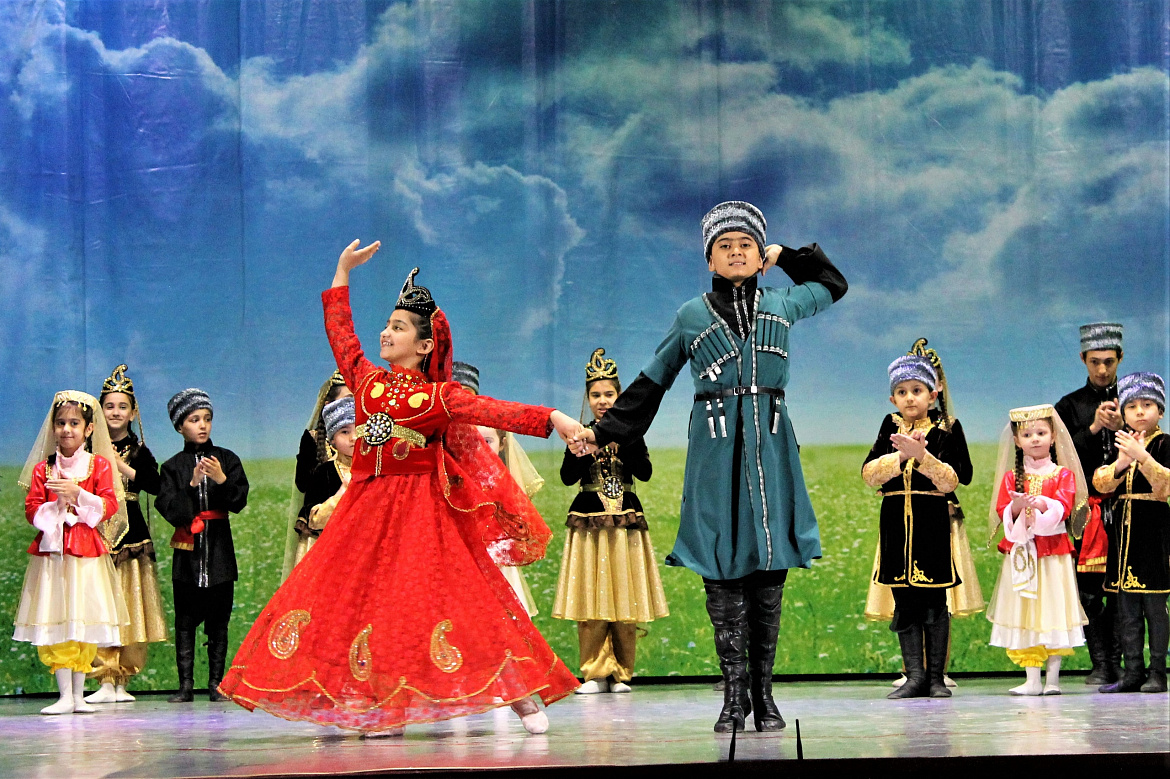 Thanks to the hard and purposeful work of the leaders and choreographers of the ensemble, he reached the international level: participated in the international festival named after M. K. Ataturka in Amassia, Ankara and two suburbs of Ankara – Nallyhan and Sariyara, participating in an international cultural festival in the Kingdom of Thailand and the United Arab Emirates. And, of course, “Odlar Yurdu” constantly participates in all-Russian and regional competitions, taking decent high places in them, repeatedly becoming the winner and winner of the first degree of the most prestigious competitions and festivals: the All-Siberian Con a course for them. M. Godenko (2012, 2016, 2017 and 2018), International Festival of Ethnic Music and Crafts “World Siberia” (2013, 2014, 2017, 2018.), the national festival “Dancing Buryatia” (town. Ulan – Ude), the Russian Folk Dance Championship and many other events. 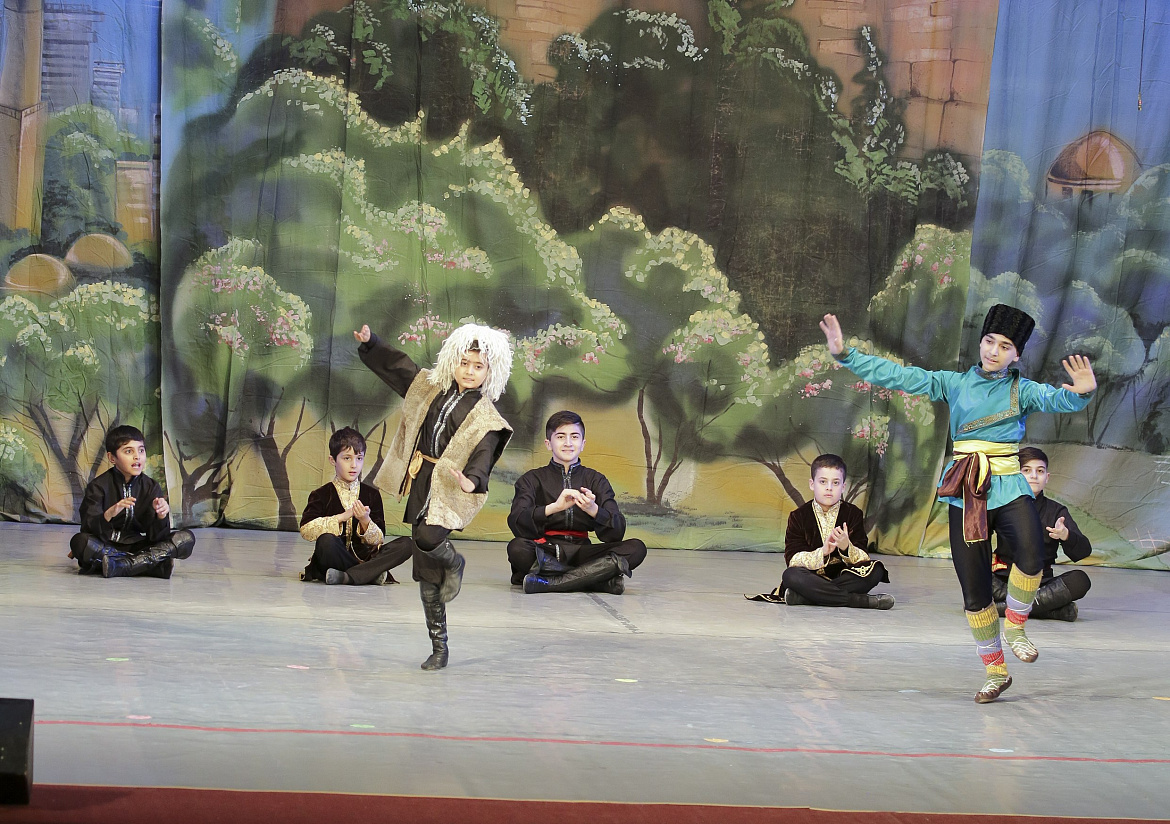 Carefully preserving the national and cultural and spiritual values of its nation, the collective of the Azerbaijani People’s Ensemble “Odlar Yurdu” at the same time conducts a constant creative search, updating the repertoire, making their performances diverse, bright, pentertaining for the modern audience. The ensemble’s repertoire has outstanding dance numbers such as: “Rhythms of Azerbaijan”, “Wedding Dance”, “Blue Eternity”, as well as Azerbaijani folk dances – “Gaithy” “Sary Gelin”, “Dzhigits”, “Leilim”, “Yalli”, “Zorhana”… Popurri is constantly being used by the audience – folk sketches of different countries, and the funny “Dance of the Shepherds”. As a whole, it is possible to say that the concert programs of the ensemble “Odlar Yurdu” leave none of the audience indifferent, encouraging them to sympathize and rejoice by joining the world of Azerbaijani national music and dance creativity. 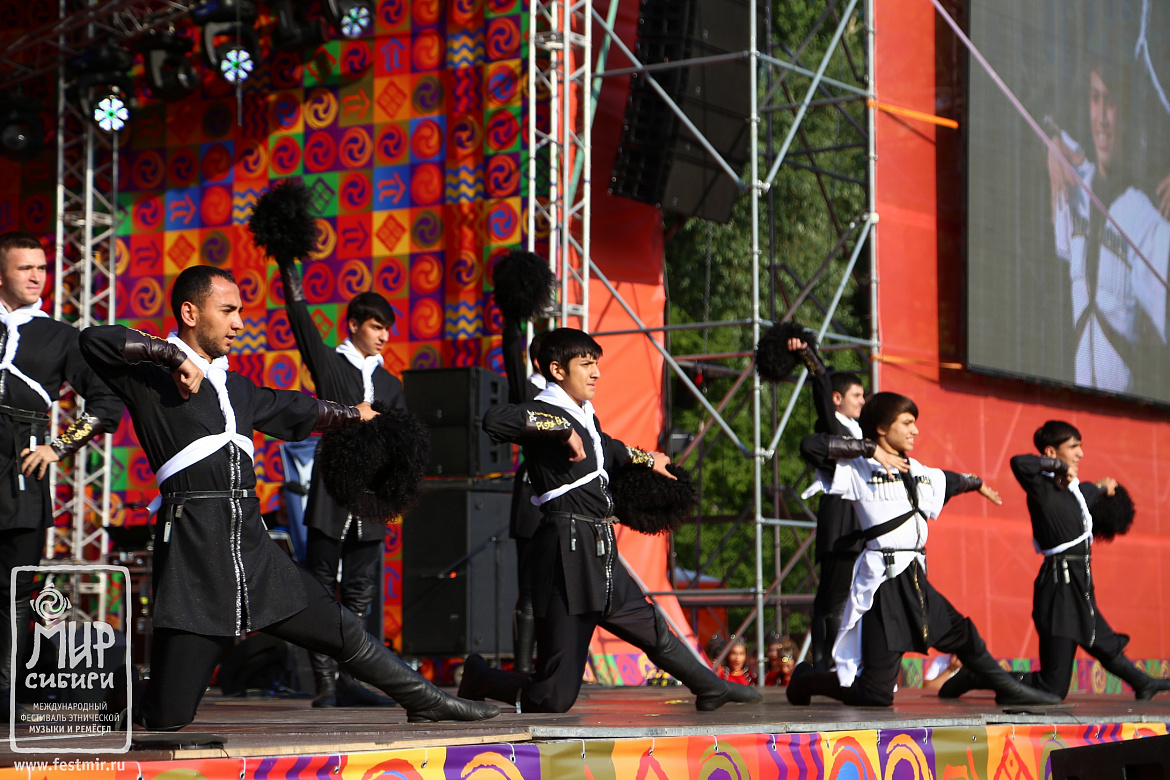 The Regional Azerbaijani National and Cultural Autonomy of the Krasnoyarsk Krai and the Azerbaijani Youth Association of Krasnoyarska take a constant active participation in the fate of the outstanding folk ensemble “Odlar Jurdu”. A few years ago in the middle of summer I had an anniversary birthday. I, my family, friends and acquaintances gathered to celebrate this date outside the city, outdoors, as they say, outdoors. Especially since the weather favored it. And the place is beautiful – on the high bank of Yenisei. The speeches have already begun, the gifts, the first toast… and then a group of young Azerbaijani boys came to us in bright exotic Caucasian national costumes. These were the dancers of the ensemble “Odlar Jurdu”. They didn’t need any equipped stage, no recording needed. They danced on a green meadow to the company of their drums. We danced with all our hearts (and otherwise they can’t!) for the anniversary – my fellow poet… They did not count on any profit for their performance, even refused a treat! We danced, we drove away. One of the guests quietly asked me at the moment of their departure: “Who is this?” ”

“My People,” I replied to a guest. 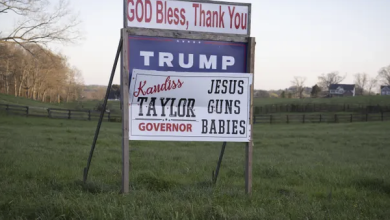 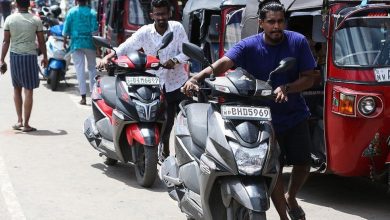 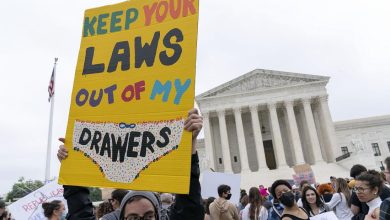