All of the mystical poets have focused on love as a main theme; all the activities emanate from it. There is the term Ishq in the mysticism in terms of love however the English word love does not equalize to the word Ishq.

Classical poetic thought of world reflects metaphysical themes. Through the themes, man has tried to solve the riddle of creation and universe. Theme of wahdatulwujood (Oneness of Being) was developed to pursue the riddle. It has been curiosity of human mind to know unknown things. ‘Oneness of Being’ theme guided human mind to establish relationship between wahdat and kasrat. It paved the way for the theme of love. All of the mystical poets have focused on love as a main theme. All the activities emanate from it. There is the term Ishq in the mysticism in terms of love. However, the English word love does not equalize to the word Ishq. The latter has vast connotation than that of the former. Renowned poet Hafiz Shirazi has said:

(There is no curtain between the lover and the beloved. You yourself are the curtain, come out of it o Hafiz)

It is again an example of wahadat (Oneness) and kasrat (Multiplicity). Lover and beloved are same through the context of love. The love molds both of them. The realization of love removes the difference. The love spurs the lover to seek the beloved. It takes long to conclude the search. The long way to the seeking and searching, opens up many avenues of human thinking, understanding, perception and realization. Ishq has been a great motivating potential in human history to perform the tasks impossible. Many a definition has been developed by people ….from man in the street to man of letters. Despite the definitions and explanations the term seems undefined per se. It can be said that from where the ‘knowing’ base of human being ends, the Ishq starts on. There can be found many characters in the arena of Ishq. The two main characters are: lover and beloved. All of the poets of Sufi tradition have explained it in one or the other way. Hafiz Shirazi in his lines mentioned above says that there is no separating curtain between loving and beloved but you yourself. So take away ‘yourself’ in between, and the both will be one as they are the one. Shah Abdul Latif Bhittai through his character Sasui, says that when he peeped into himself and interacted with soul, then there was no any hindrance in shape of mountains or relatives of Punhoon. It revealed to him that he himself was Punhoon, and Sasui was the only difficulties of journey…

(When I entered into myself and talked with my soul, there was no mountain in the land and no desire for the Kechis. I myself became Punhoon, while I suffered as Sassui…..Translation Prof Christopher Shackle)

It is realization of the things as they are. Human knowledge can be divided into three layers. First layer is congenital and knowledge by birth in shape of uncountable neurons. Second layer is achieved knowledge through learning, studying, observing and experiencing. Third layer of knowledge is of sublime kind and that is the Ishq because the third layer of knowledge unleashes not only hidden people of human being but also facilitates the possibility of impossibilities. Thus, Ishq leads to realization of reality. As the realization dawns, all the curtains disappear and there happens ‘oneness’. Because of it, all the Sufi poets have focused on Ishq, although they have shown different steps in the process of journey. At the conclusion of journey ‘Sassui’ becomes Punhoon herself and the curtains fade away. It is the realization of self or stage of satisfaction. The three phases of human intellectual development also testify it. The mystics tell about ‘nafs imara’, ‘nafs lawama’ and ‘nafs mutmaina’. Human creations reflect ‘ahsan taqveem’(the best stature). However, asfal safleen (lowest of the low) is the outcome of his actions. Ishq guides man throughout the journey of the intellectual development from an animate being to a satisfied self. The self remains the self but its nature changes completely when it passes through nafs lawama to nafs mutmaina. The change in nature of self makes the self a real self as it should be. In this way self needs the process for self-realization guided by the enlightened people who can convert poison into honey. They are the real guides of human kind in the process of intellectual development which is completely different from the skill development. Shah Abdul Latif of Bhit has mentioned such guides in these words:

(Slayers of the Self have learned how to turn poison into honey. Sit with them and drink a few cups…..translation by Prof Christopher Shackle)

It is the process of human intellectual development leading towards uplift and salvation from mundane shackles. 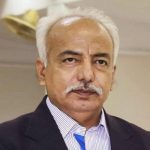 Noor Ahmed Janjhi is a senior educationist based in Desert District Tharparkar of Sindh. He is author of several books on folk literature including two poetry books.