Pakistan’s geostrategic position makes it an important participant in the area, resulting in the country’s engagement in the affairs of the world’s big powers.

During key world crises such as the Cold War, the Afghan War against the Soviets in 1979, and the global War on Terror, Pakistan and the United States were the closest allies, but their bilateral relations have always been strained. At times, their relationships have been the closest, while at other times, they have been virtually opposed. This is because Pakistan-America relations have always been based on crises and have never been built individually or bilaterally, causing them to have certain expectations of one another. When states fail to meet these expectations, they begin to blame one another, and relations between them deteriorate.

Between 1947 and 1965, it received additional support in the form of agricultural commodities, technical support, and economic growth awards totaling over 3 billion dollars. The Pakistani population and officials’ expectations and attitudes toward the United States were strong at the time, as the people of the region placed a high value on friendship.

These aspirations dashed during the 1965 war when the United States refused to assist Pakistan. In March 1959, Pakistan and the United States signed a Defense for Bilateral Cooperation Agreement in which the US agreed to work with Pakistan to counter security risks and meet its defense needs. However, in the aftermath of the 1965 war, the US backed out of the agreement by interpreting the articles in its way, claiming that the US would only assist to counter the threat posed by a communist state.

The fear of communism spreading in the region, on the other hand, compelled the US to improve ties with Pakistan. Pakistan also aided in the reconciliation between China and the United States by organizing a covert trip by Henry Kissinger to China in 1971, while the US remained silent on Indian participation in Pakistan’s internal affairs the following year when Pakistan’s Eastern Wing was separated.

A huge incident in the world occurred once again, this time involving certain regional powers. This was the 9/11 incident, and the US accused the Taliban regime in Afghanistan of the assault, once more looking to Pakistan for help in combating the Taliban. This resulted in a new phase in the relationship, but Pakistan has paid a high price since then, confirming Henry Kissinger’s assertion, “It may be dangerous to be America’s enemy, but to be America’s friend is fatal.” 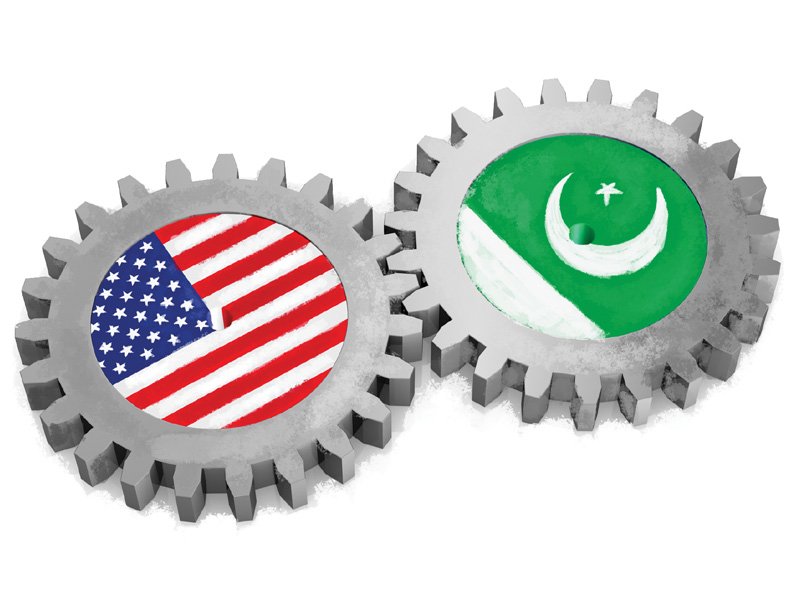 Following Afghanistan, Pakistan is the country most impacted by the War on Terror. From the US-led War on Terror, Pakistan gained through the loss of the cost of living, economic weakness, terrorism, and a large influx of refugees. Pakistan has long supported a peaceful settlement to the Afghan conflict, but following the 9/11 terrorist attacks, world powers were so enraged that Pakistan was hesitant to express its views. Pakistan was required to adhere to a UN resolution on the subject. The Afghan Taliban and Pakistani government’s relationship was severed as a result of this. In the War on Terror, Pakistan lost approximately 70000 lives and faced nearly 3500 terrorist assaults in only one year.

Pakistan lost roughly $150 billion in financial terms as a result of the conflict. Smuggling and narcotics trafficking were also introduced into the country by the Afghan displaced people. Violence and Gun culture in Pakistan have been fueled by the US-led War on Terror and Pakistan’s backing for the US-backed Taliban in Afghanistan during the Soviet Union’s intervention. The development of Tehrik-e-Taliban Pakistan (TTP), which aimed its weapons on Pakistan’s soldiers and civil population, as a result of Pakistan’s partnership with the United States in the War on Terror.

Former US President Donald Trump sought the Pakistani Prime Minister’s help in pressuring the Taliban to seek a peace treaty with the US in exchange for face-saving. Pakistan aided the US in reaching a peace agreement with the Taliban, however after a secure but immature withdrawal from Afghanistan; the US administration has come under fire from the rest of the globe as well as its people.

Moreover, one of the main causes for the United States’ animosity toward Pakistan is the country’s relationship with China. Pakistan’s geostrategic position makes it an important participant in the area, resulting in the country’s engagement in the affairs of the world’s big powers. The United States is always realistic in its dealings with Pakistan, which has caused a feeling of betrayal among Pakistan’s public and officials who intended the US to be a lifelong friend.

A bill has recently been introduced in the US Senate to penalize all of the Taliban’s allies. The bill also called for sanctions against Pakistan, accusing them of helping the Taliban. The Pakistan government is accused of providing multiple supports to the Taliban as well as aiding the Taliban in overthrowing the US-backed government in Afghanistan, according to Section 202 of the report.

The report also accuses Pakistan’s government of aiding the Taliban in their attack against Afghan opposition in the Panjshir Valley. The Pakistani government has repudiated all of these bogus assertions. All of the fraudulent claims have been refuted, and the bill has been deemed utterly unjustified. Pakistan’s economy, which is already frail and stagnating, cannot afford any further damage. The Pakistani rupee has plummeted to a historic low as a result of this measure, and Pakistan’s stock has also plummeted. If the country is blacklisted, it will be unable to borrow money from any international financial organization, such as the IMF.

In the conclusion, it is pertinent to mention that the relation between Pakistan and the United States has always been a story of duplicity and betrayal. Moreover, the United States and all other nations of the world must recognize Pakistan’s constructive contribution to the global fight against terrorism. Pakistan is the only country in the world to have defeated the Taliban (TTP) on its turf in the Zarb-e-Azab operation. If the US accusations are taken seriously, then it proves the professionalism of Pakistan’s security establishment that it has successfully defeated another world superpower in Afghanistan.

The author is a student of International Relations at the University of Sindh, Jamshoro. He is fascinated by the constantly changing world and wants to explore the causes and ramifications of contemporary state interactions.

Life asks to flow - A poem from Bengal