On the international day of actions for rivers, it would be worthwhile to accentuate the threats to the Indus delta which if not addressed would cause inexorable disaster to the river as well as the coastal settlements of the province.

The 14 March marks the international day of action for rivers to highlight the importance of rivers that are our source of survival on this planet- Earth. Many countries around the world have realized the importance of rivers and are working to protect the rivers from all possible threats. In 2017 New Zealand granted personal rights to the Whanganui River. Under the legislation passed by the parliament it was recognized as a separate living entity. Simultaneously China is also taking measures to save its rivers.

Pakistan on the other hand has not taken satisfactory steps to save its rivers particularly the River Indus, the longest river in the country, and the threats to the Indus delta where the mighty river meets the Arabian Sea, which is pushing it to destruction.

On the international day of actions for rivers, it would be worthwhile to accentuate the threats to the Indus delta which if not addressed would cause inexorable disaster to the river as well as the coastal settlements of the province.

The Indus delta is the area where the fresh Indus river water meets the seawater which is spread over 250 km. In the ’50s and ’60s, the Indus delta was green and fertile but now the cessation of the river’s flows has destroyed a large area of agricultural land.

The unique Indus delta with 17 creeks is facing numerous threats – the biggest among those is sea intrusion. Sea intrusion has spread fear among inhabitants of the coastal belt in Sindh. If the required amount of water is not released downstream the Kotri Barrage, the sea will invade areas as far up as Kotri and Hyderabad. The sea has already eaten up 2.6 million acres of the Indus delta in Shahbunder, Thatta district. If erosion continues, Shahbunder will disappear by 2035, and the sea will reach Thatta city by 2050.

The vanishing of mangroves is also a matter of serious concern. The salt-absorbing plant grows in the estuaries along the coastline. It possesses a diverse community of organisms that include bacteria, fungi, fish, shrimp, reptiles, and mammals, besides this is a source of livelihood for the fishermen community.

During the past two weeks, different events have been organized in different parts of the province to highlight the plight of the Indus River and the delta where environmentalists, social activists, and irrigation experts demanded personhood rights in the light of international law to save the Indus delta and the biggest river of the country from outright disaster.

Kamran Khamiso Khowaja is a freelance writer and law student based in Sujawal, the headquarter town of coastal district Sujawal. 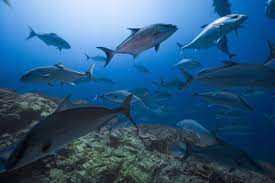 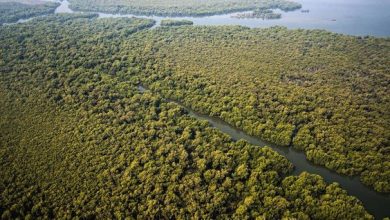 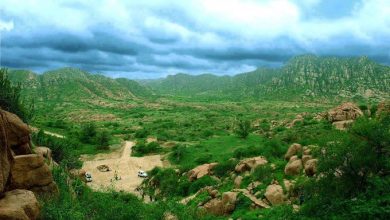 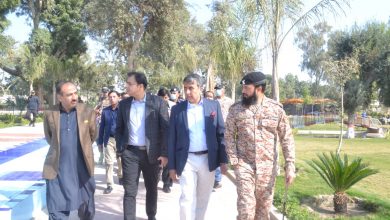 Hemu Kalani- The Bhagat Singh of Sindh
21 hours ago