There is an oft-quoted way of describing the British colonialists’ approach to the historical ethnic tapestry in what is now Pakistan: “Rule the Punjabis, intimidate the Sindhis, buy the Pashtun and befriend the Baloch

Historical circumstances and social organization of the Pashtun and Baloch have propelled their members along different routes to mobilization. As Paul Titus highlights, neither route is entirely exclusive of the other. In post-colonial Balochistan, the Baloch have followed a predominantly political route while Pashtun have followed an economic route to mobilization.

The Baloch’s mobilization has been of a political nature primarily due to the institution of the sardar in Baloch society and its tendency to create dynamic leaders at an ethnic-national level. Through the years a number of sardars have entered politics, aiming to convert their tribal standing into political power. There has been no sincere effort or political will on the part of the British or the Pakistan state to change or curb the power of the sardar. As a sardar’s main interest remained in consolidating their land, the British focused on buying their loyalty, making them extensions of British authority in their particular region. This gave the British and later the Pakistan state indirect access over the natural resources in their territory. As the leader of his tribe, the sardar often acted against the interests of his people, accepting British financial assistance in exchange for submission to their authority. This policy has not only strengthened the sardari system over the years, it also inhibited the growth of pan-Sardar solidarity. Different Baloch leaders have set up tribal guerrillas and fighters in their territory, first to help the British, then to fight Pakistan over the years. Bugti, Mengal and Marri—the principal tribal chiefs in open rebellion against the government—are highly suspicious of each other.  They have all led forces of thousands of loyalists: the Marri tribe formed the Baloch Liberation Army (BLA); Attaluah Mengal, leader of the Baloch National movement or BNM, which merged into the BNP; and the Jamhoori Wattan Party which has ties to the Bugti tribe. The leaders have remained divided across the political ideological spectrum, on how to deal with the Pakistan state. During the 1990 interim elections, Bugti split from the BNA, forming the Jamhoori Watan Party (JWP) which made an alliance with Nawaz Sharif’s Pakistan Muslim League. This has been a trend ever since, of factional rivalries leading to Baloch groups making alliances with national parties. In 1991, Mengal and the BNP formed a coalition with support of the PPP and in 1996 Zulfikar Magsi formed a government with support of PPP, PMLN and JUI. In 2010, after political lobbying and much struggle, the 18th amendment of the Pakistan Constitution was passed under the PPP government, whereby NWFP was renamed as Khyber Pakhtunkhwa (KP), in an effort to assuage the Pashtuns. It comprised seven agencies and 28 districts, and the tribal areas of FATA were left as they were.

Baloch ethnic identity gained greater importance in the post-colonial era because of resource competition with the Pashtuns. While this is partly because of the influx of Pashtun refugees fleeing the war in Afghanistan, it is important to recognize the legacy of the colonial era. While Balochistan remained poorer than any Pakistan region, the northern Pashtun areas achieved a greater deal of economic progress. This is partly due to the British construction of road and railway routes through the frontier region towards Afghanistan. As trade and troops flowed through the new routes, larger population centers grew. While there was economic development and new towns were being built along the railway lines in the south as well, the colonial development of the region favored the Pashtun population in the north, more than the Baloch in the south. In the Pashtun areas of Balochistan, there is evidence of economic success. Straddled across the Durand Line, Pashtuns have for generations controlled important trade and smuggling routes. Relative to the Baloch, they have been successful in professions such as transportation and construction. Given their historical ties to various regimes in northern India, the Pashtuns have developed networks and skills that have given them access to economic markets in Pakistan.

The Baloch have felt a strong sense of political deprivation, due to their under-representation and underemployment at the federal level. They have felt much more alienated from the Punjabi establishment than have the Pashtuns. The perception is that the Punjabis, who dominate the state apparatus and representative institutions like the military and civil bureaucracy, look down on them as “primitive”, while favoring the Pashtuns. Historically, the bulk of the Pakistan army has comprised Punjabis (70-75 percent), Pashtun (15-21 percent), with a small proportion of Sindhis and Mohajirs (3-5 percent) and Baloch (0.3 percent). In addition, Pashtuns are well represented in all strata of the capitalist class, having established businesses in all provinces; in contrast, there is no significant Baloch capitalist class.

There is an oft-quoted way of describing the British colonialists’ approach to the historical ethnic tapestry in what is now Pakistan: “Rule the Punjabis, intimidate the Sindhis, buy the Pashtun and befriend the Baloch.” While it may have been a truism of how the British empire viewed the region, it also encapsulates the way the nation-state that is Pakistan has chosen to deal with the different ethnic groups within its territory.

Security experts are keeping a watchful eye on Pakistan’s western border with Afghanistan, given the potential for conflict in the region. After all, the tribal systems and culture of the Pashtuns of FATA have been irrevocably damaged, they continue to be economically deprived, and the military forces have them in a choke-hold. The Pashtuns are left with few options. The loss of their homes, families, traditions and normalcy has not only pushed Pashtun society even further backwards, but has left them with no trust in the Pakistan government. External pressure on the tribal leaders has had no effect that is remotely beneficial to the state. It has instead forced the Pashtuns to take up arms, first against Pakistan’s enemies in Afghanistan and then against Pakistan itself. The rise and growth of the PTM threatens the Pakistan state, given its non-violent and democratic nature. It will take Pakistan nothing less than urgent, far-reaching steps to make amends for decades of brutality against the Pashtuns: restoration of the tribal structures; removal of arbitrary checkpoints; a return of those who have been taken by state forces without a trace; and a cessation of the military policy in the region.

In Balochistan, while the Baloch leaders make alliances for their own political and financial benefit, the people of the province are suffering and continue to be repressed. There is minimal representation of the people and there is a need for a drastic political change that takes into account the voices on the ground. Intra-Baloch rivalry, compounded by the paranoia of its leaders, has stunted Baloch politics. While the potential of a pan-Baloch party cannot be ruled out, the military’s meddling in electoral politics dampens hopes of real change in the grassroots. As projects under CPEC continue, there is the potential for a grassroots movement similar to PTM to emerge that will fight for adequate and fair representation in the government and development projects in the province.

The PTM continues to grow—battling state repression and the persecution and killing of its leaders—and carries the Pashtuns’ historical baggage. The Baloch and the Pashtun share a common history given injustices they have suffered in the hands of the Pakistan state. The demands of the nationalists have shifted from separatism (or calls for Pashtunishtan and Greater Balochistan) to working within the democratic system for fairer treatment and restoration of their fundamental rights. Non-violent, grassroots and non-political movements such as the PTM offer hopes of possible future cooperation between the Pashtun and Baloch people, to come together and assert their demands for their constitutional and human rights. 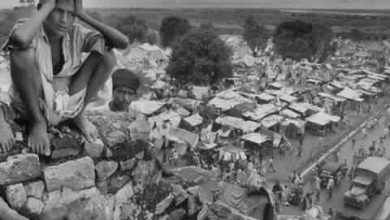 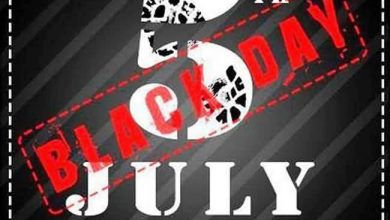 The Baloch and Pashtun nationalist movements in Pakistan – IV